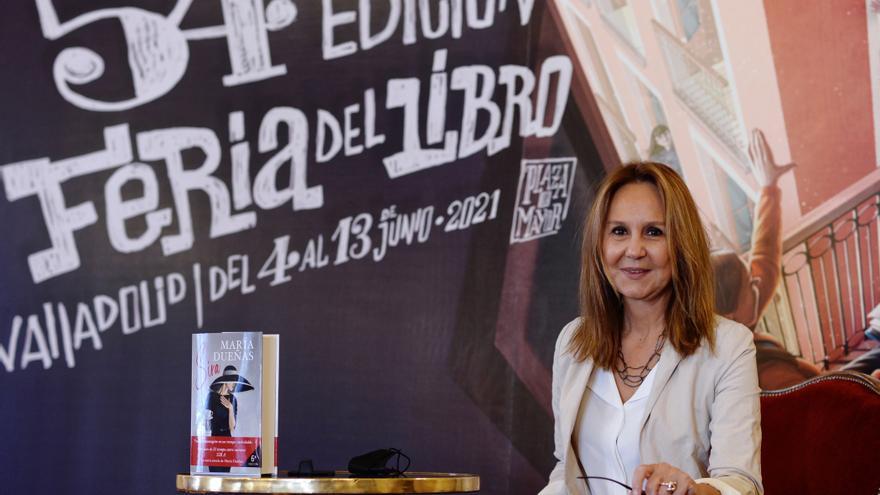 Valladolid, Jun 4 (EFE) .- Evasion, comfort and accompaniment are some of the strengths that books treasure and have made it resist, as a presence and as an industry, "in these difficult times of pandemic" even "against to temptations "such as new technologies, the writer María Dueñas has stated.

"It is very comforting on a human level to have a device that resists temptations in the form of screens, platforms and smartphones: even more, it is that they resist in an admirable way", added the author of "The time between seams", " Temperance "and the recent" Sira ", before the 54th Valladolid Book Fair (FLV) gave the proclamation.

The number of readers, together with the "solvent support of the institutions, the publishing houses and the industry", has made it possible for the books to have "resisted very well during this crisis", added Dueñas (Puertollano, Ciudad Real, 1964) during an appearance before the media.

"In these complex times for everyone, beyond health, deaths and the situation of many industries, the book sector has been one of the few that has been able to stay afloat thanks to readers, booksellers and institutions: they have been lifesavers for everyone in various circumstances ", he added.

From fiction to essay, "they allow us geographical and historical leaps, spatial and temporal coordinates jump to move us to the Middle Ages, to interwar Paris, to the time of the 'dry law' or to the Spanish postwar period, to cities or rural areas" , has given as examples of the properties of the written letter.

He has also referred to therapy among other beneficial traits, especially during the forced period of seclusion throughout the pandemic, by enabling a form of escape, a refuge, a relief, a way to circumvent "the bitter reality and move to another world that will take us away from the present ", he added.

In his case, the time of the pandemic has been invested in the documentation of "Sira" -continuation of "The time between seams" (2009) more than a decade later-, but also in the writing of this new title that had already begun before the appearance of the virus.

The novel, which begins in Madrid in 1945 with a more mature Sira, owner of herself, aware of her decisions and expecting a child, "was already on track before the pandemic, which has allowed me to write more continuously , without interruptions, with a greater concentration than previously diminished commitments, cultural events, fairs and competitions, "he revealed.

As before "The time between seams" and "Temperance", and now in the production phase "The Captain's Daughters", his latest novel ("Sira") has received proposals for a television adaptation that he prefers to delay so as not to cloud the literary substance of a recently published book.

"It is not necessary to saturate much. Now freeze as a novel and its time will come because there is no doubt that" Sira "will become a novel," he concluded.