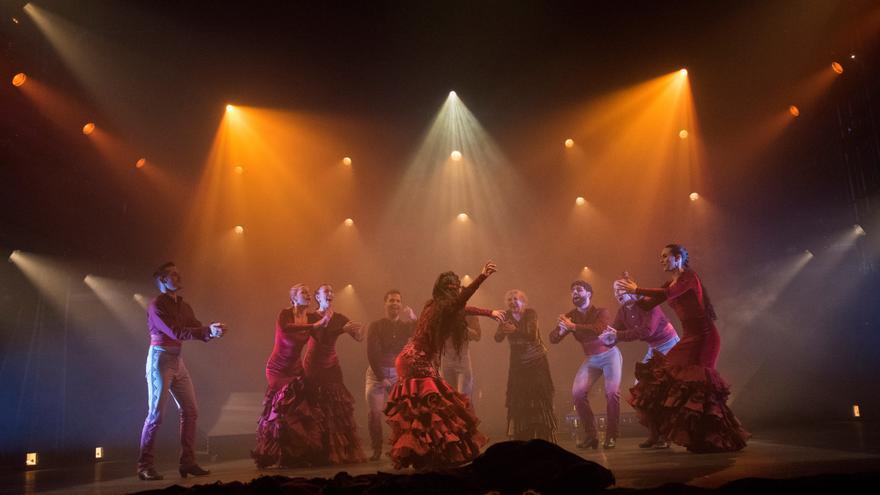 Madrid, Jun 7 (EFE) .- The consequences that the pandemic is leaving in flamenco has not diminished the strength or enthusiasm of the young bailaora María Cruz, 19, who will premiere tomorrow at the Edp Gran Vía Theater in Madrid "Amores flamencos" , a show that "collects the witness of our ancestors and invites evolution, speaks of the cycle of life."

Her instinct, the cante, the strumming of the guitar and the palms mark the dance steps of María Cruz (Madrid 2001) since she was just over two years old. "A dance class was recorded for me in the cultural center of my hometown, Villaverde Bajo," he said this Monday in an interview with Efe.

"I was not aware or had knowledge of flamenco, but something pinched me", recalls María Cruz that since then dancing has been everything for her, "my life, my way of living".

In that same center he began his apprenticeship. Then she continued her training at the Amor de Dios school and in 2016 began her studies in Fine Arts, while combining her dance training at various academies. Antonio Canales, Manuela Carrasco and Pastora Galván have been "some of my teachers."

Two years later, in 2018, together with his mother Conchi, he founded the flamenco and dance center "El Lucero", "that same year I decided to dedicate myself fully to flamenco and entered the conservatory until 2020", year in which his artistic career gave an important turn after passing through the program "Got Talent Spain", in which he got a place in the final.

Flamenco is everything to her. "I don't know how to speak; I speak with my dance, the most important means of communication that I have," adds María Cruz, who defines herself as a "shy person", a shyness that she loses when she gets on stage.

"On stage I forget everything, I focus on being myself and getting out what I don't say with words," says Cruz, who admits that when she dances she doesn't think. "The moment I hear the music, I let myself go, everything flows."

"She is a brave, racial dancer with great instinct", that is how the dancer, choreographer and artistic director of "Amores flamencos", Carlos Rodríguez, has defined María Cruz, who during a talk with Efe has detailed that this artist "has talent, lots of light, it's special, it thrills with its movements ".

Until June 13, María Cruz, along with nine more dancers and seven musicians, will speak with her dance of a universal history, "the cycle of life and respect for mother earth, which gives, again and again, the witness from creation to future generations, "adds Rodríguez.

"Flamenco is the cry of the soul that bailaores have locked up," says Rodríguez, who has been researching flamenco for more than 30 years, doing new things without its essence.

"Opening doors in flamenco has always been complicated, there is a lot of purist who thinks it is going to be distorted, but I have spent a whole life working on it to make it bigger every day", says Rodríguez.

"Amores flamencos" offers a tour of flamenco styles, but María Cruz loves to dance soleás and soleás por bulerías, "in flamenco the mood also commands, you dance according to how you feel," says Cruz, she dreams of "continuing to dance ".