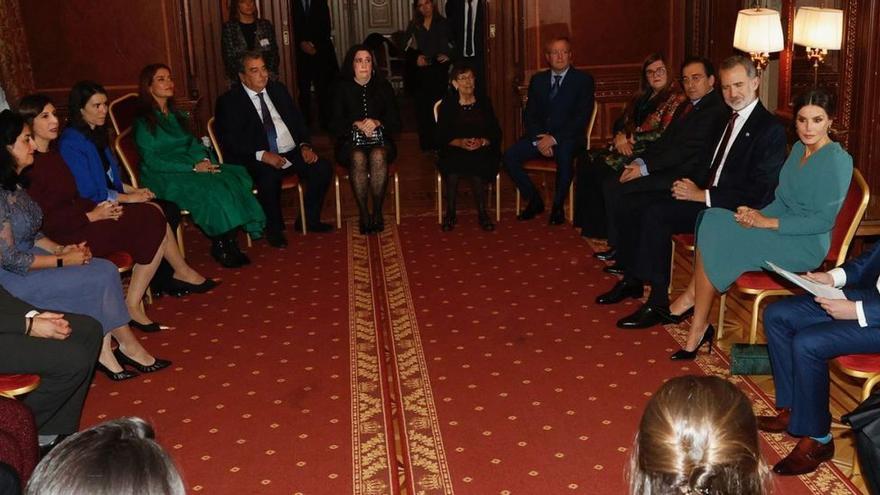 Somehow, the Asturian scientist Margaret Salas, who died in 2019, was yesterday in Sweden. His name and his memory rang out loud in Stockholm, where the first “ACES-Margarita Salas” prizes were awarded, promoted by the Association of Spanish Scientists in Sweden with the aim of recognizing the work carried out by national researchers abroad. The ceremony was attended by Kings of Spain, within her state visit to the Scandinavian country, and the “godmother” of the awards, Lucia Viñuela, daughter of the biochemist born in Canero (Valdés). “It was super-emotional and I am convinced that my mother would be very proud of these awards, since she always said that it is essential for science to cross borders. It also seems very important to me that Real home support the research, ”Viñuela told LA NUEVA ESPAÑA.

The first recipient of the “ACES-Margarita Salas” was the woman from Vitoria Mercedes Maroto-Valer, prestigious expert in sustainable energy systems and decarbonization from Heriot-Watt University in Edinburgh (United Kingdom). The researcher received the award from the King Philip at the Grand Hotel in Stockholm, where Lucía Viñuela gave a short speech. “I would like this recognition made to the figure of my mother to be extended to all people, women and men, who dedicate their time, effort and enthusiasm, in short, their lives, at the service of education, research and of innovation. Margarita declared on numerous occasions that she did not see herself outside the investigation because it was her life. That is why, as a daughter, I am committed to keeping her scientific legacy alive and that her name will last forever, ”she declared. The daughter of the scientist Valdesana ended her speech by calling: “In these times, it is essential that keep supporting science, increasing investment in R + D + i”.

After the awards ceremony, Mr. Felipe and Mrs. Letizia they participated in a colloquium with a dozen Spanish scientists. “Everything has been very exciting, because having the Kings in the first edition of the awards … That gives you momentum. It has been a round day ”, he valued Francisco Vilaplana, President of the Association of Spanish Scientists in Sweden (ACES), made up of more than 190 researchers. One of them is the pharmacist from Oviedo Hugo Gutierrez de Terán, a member of the ACES board of directors, who yesterday participated in the debate with the Kings. “I am very excited, because the project that we launched from ACES had the objective of recognizing the value of the research done by Spaniards wherever they are working. And the winner, Mercedes Maroto-Valer, has exemplified that value with her cutting-edge line of work, of enormous relevance to society, “he said. The recognition, added the researcher from the University of Uppsala, “has come from the hand of the King, who has ensured that we have to take as a model Sweden“. “The colloquium was also very fruitful and we are aware of their support for science and the group of Spaniards who practice it abroad,” he concluded.

During that meeting with scientists, in which Lucía Viñuela also participated, ACES asked the monarchs to act as “ambassadors of science”. To this they added two more claims: the need to make “Talent attraction programs” and “involving the private sector in research and innovation tasks”. “You cannot reach everything from the public sector”, defended the president of the group, Francisco Vilaplana, who pointed out that the participation of the company “is our daily bread in Sweden”. “I develop most of the projects with industrial participation,” said Vilaplana, who is a chemical engineer and professor at the Royal Polytechnic Institute of Stockholm. Likewise, the escaped talent recalled that “In Sweden 4 percent of GDP is invested in science, while in Spain we are below 2% ”. “That gives an idea of ​​the difference between one country and another,” concluded Vilaplana. In the act was also Raimundo Pérez-Hernández, director of the Areces Foundation, which sponsors the awards.