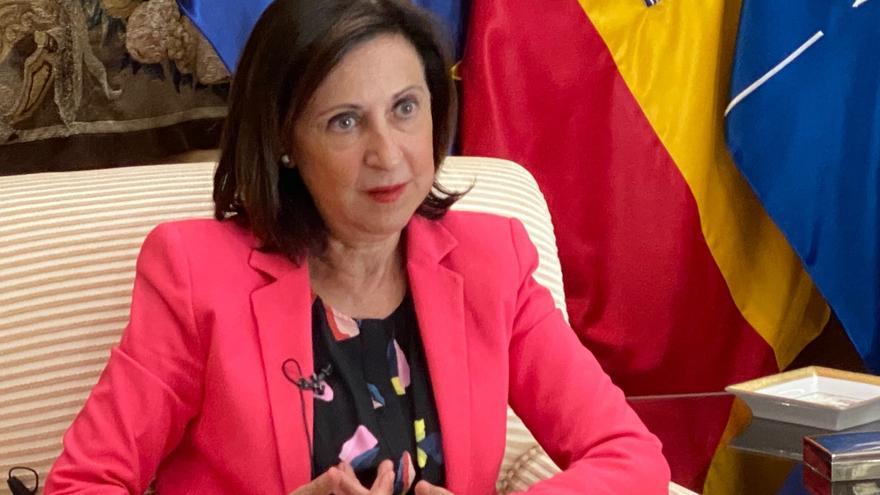 New tug of war between the Government of Pedro Sánchez and the PP on measures to address the outbreaks of COVID-19 in Spain. The judicial resolution that annulled the order of the Community of Madrid that prohibited smoking or the closure of nightlife has led conservatives to demand legislative changes in procedure to avoid that such measures require authorization from the Justice. But the central government does not plan to modify the laws in force at this time and ensures that they are “sufficient” to deal with the outbreaks.

“It is not logical that an executive branch can dictate measures that limit rights without judicial control. They are always a guarantee and there is nothing worse than wanting to legislate hotly,” said Defense Minister Margarita Robles, in an interview on the Chain BE. Robles, who is a judge, has assured that the current regulations on public health and sanitation “are sufficient” to implement the necessary measures to face the coronavirus. However, Robles has opened the door for them to be modified in the future “fruit of experience” and for the legislation to advance according to “social reality”. What she has ruled out is that they be changed at this time for a specific resolution.

The debate has resurfaced after a judge annulled the order of the Community of Madrid in which it included the new measures to fight against the spread of COVID-19, including the prohibition of smoking in the street without a safety distance or the closure of nightlife. However, the judge does not question the measures but reminds that they have to be published in the corresponding official gazette. “The legal instruments that emanate from the autonomous communities and cities in compliance with the declaration are binding on citizens and therefore it is necessary that they be officially published,” Moncloa recalled in a statement last Friday.

“They wanted to do politics to wear down the government”

“I am surprised by the swings that the PP gives because when the state of alarm was declared it was said that with the laws that we had at that time it was more than enough – he has said about the position that Pablo Casado maintained in the last debates of the state of alarm – Now as it turns out that there has been a resolution of a judge that is not shared, it turns out that those laws that were so good must be modified. ” Robles recalled that it was the Government of Mariano Rajoy in 2015 that changed the contentious-administrative legislation so that there must be judicial control and ratification for sanitary measures that entail restrictions. “They have wanted to do politics to wear down the government,” he reproached.

The Defense Minister maintains that the legal framework is, therefore, sufficient at this time and reproaches the PP for accusing the Government of inaction. “It cannot be that when the Government had been alarmed, it was blamed that the powers were being taken away from them and now (…) it is said that the Government is not doing what it has to do,” said Robles,. However, Pedro Sánchez promised to reform the legislation – specifically the rules relating to public health and sanitation – to deal with outbreaks without resorting to a state of alarm. This legislative modification has been parked.

Despite the increase in the number of infections, Robles has assured that the situation is different from the one that existed in March, when the state of alarm was decreed and has defended that the competences are in the hands of the autonomous communities and that there is “co-governance” with the Government of Spain, especially with the Ministry of Health.