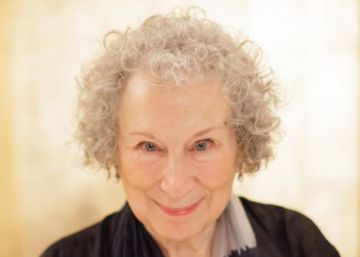 In these uncertain times, the climate crisis will be one of the many issues that the There is Cartagena de Indias Festival, which begins this Thursday and ends on Sunday. The event, on its fifteenth anniversary, has become more than a literary event in a festival of ideas, with its annual parade of writers, artists and thinkers in the broad sense of the word. This edition brings together 170 guests that include veterans as the Canadian novelist Margaret Atwood and the Uruguayan poet Ida Vitale. In addition to the arts and the environment, the political future of Latin America will also have a marked role, with the presence of two former presidents of the region on the stages of the walled city: the Brazilian Dilma Rousseff and the Colombian Juan Manuel Santos.

“There is a lot to choose from. Of the literary part, I would undoubtedly highlight Atwood, the Frenchwoman Muriel Barbery, who wrote The Elegance of the Hedgehog, and the Mexican Valeria Luiselli, author of The missing child", summarizes Cristina Fuentes de la Roche, international director of the festival, an appointment that was born in Wales in 1988 and expanded to Cartagena since 2005.

Atwood (Ottawa, 1939) will present the sequel to The maid's tale, the novel about a dystopian United States that launched it to fame and that reached even greater repercussion for its television adaptation. The author will talk about Wills, winner of the latest edition of the prestigious Man Booker award, with Peter Florence, founder of Hay. The octogenarian writer will also talk about her work - which includes novels, short stories, poetry and television scripts - with the Argentine-Canadian writer and editor Alberto Manguel. In Cartagena, in addition, the documentary will be shown A word after a word after a word is powerby Nancy Lang and Peter Raymont, about the life of this eternal Nobel candidate.

In the robust block of writers also highlights Ida Vitale (Montevideo, 1923), the Uruguayan poet winner of the Cervantes Prize who will share the stage with the Portuguese Ana Luísa Amaral. To those powerful female voices are added faces known as the Spanish Javier Cercas, winner of the Planet Prize with Terra Alta, the Cuban guy Leonardo Padura or the Colombians Héctor Abad Faciolince Y Juan Gabriel Vasquez, which this week won the Colombian Narrative Library Award with the storybook Songs for the fire.

Once again, EL PAÍS América is a partner of the Hay Festival editions on the continent. Dilma Rousseff, the first woman to arrive at the Presidency of Brazil, re-elected and later dismissed by Congress in a turbulent time whose wounds are not yet closed, will talk Friday with Javier Moreno, director of EL PAÍS América, about the future of the left in Latin America.

Another Latin American former president, the Colombian Juan Manuel Santos, deserving of the Nobel Peace Prize for the agreement he sealed with the extinct FARC guerrillas, will address the challenges facing the continent in a dialogue with Venezuelan analyst Moisés Naím, columnist of this newspaper . Santos tells the arduous road that led to a difficult pact that seeks to end more than half a century of armed conflict in The battle for peace (2019), one of the best selling books in Colombia.

Naim himself, that a year ago he presented his first novel in Cartagena Two spies in Caracas, will interview another Nobel, in this case of economics, when debating with Joseph Stiglitz on how to rethink the capitalist model to avoid abuses of the system itself. The economic bloc will also feature the Korean Ha-Joon Chang, who will discuss his book Economy for 99% of the population.

The climate crisis will go through this edition. The American journalist David Wallace-Wells, author of the overwhelming book The inhospitable planet, will be one of the most required voices to comment on the warming that threatens life on Earth. The robust axis dedicated to scientific dissemination also has writers. Jennifer Ackerman will give a lecture on the fascinating behavior of birds based on her book The ingenuity of the birds (2017), an international sales success. Andrea Wulf, author of the famous biography of Alexander von Humboldt The invention of nature, He will speak with Guillermo Altares, a journalist for EL PAÍS, and also hold a discussion on climate change with the anthropologist Wade Davis, author of The river and protagonist of the documentary The Anaconda Trail, and researcher Alexandre Antonelli.

Héctor Abad Faciolince, who has just published What was present, a selection of his diaries, will talk about the film adaptation of the most famous of his books, The forgetfulness we will be (2006), which tells the life and death of his father. He will do it precisely with the Spanish screenwriter, director and producer Fernando Trueba, responsible for bringing to the big screen the story of the doctor Héctor Abad Gómez, a human rights activist killed by the paramilitaries in the Medellin uprising of the 1980s. The audiovisual language will also be present in the inaugural talk with the Spanish actress Maribel Verdú, as well as in the conversation that Javier Gómez, script coordinator of The paper house, with Javier Lafuente, correspondent and delegate of EL PAÍS in Mexico, Central America and the Caribbean.

Juan Perro, as the Spanish is now known Santiago Auserón, ex-vocalist of the band Radio Futura, heads a musical accent that is already a tradition in Cartagena. He will talk with the writer Juan Cárdenas and present his new repertoire on the esplanade of the Convention Center. The Cuban Leonardo Padura will talk to Daniel Samper Pizano about The faces of the sauce, his work dedicated to the great musicians of the Caribbean, and the Colombian journalist will also talk with Walter Silva, one of the great representatives of llanera music.