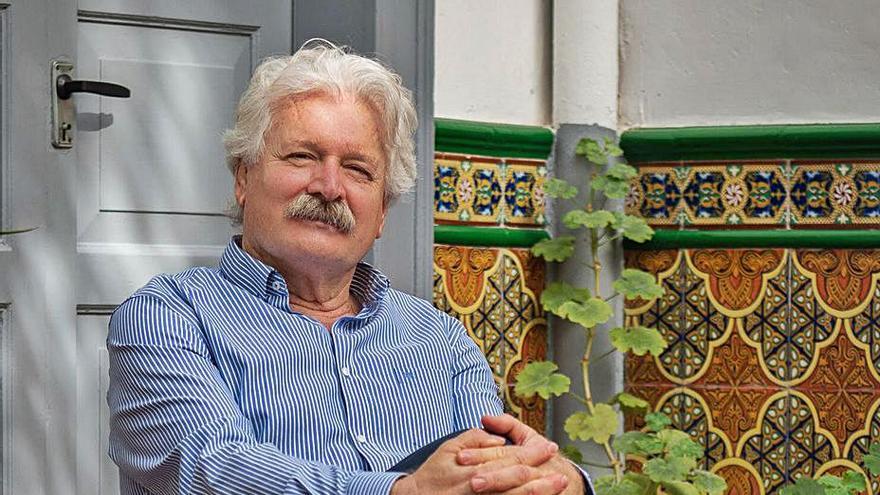 The next 15th you present a new work.

It is a historical novel, La Hijuela, based on events that occurred during 1941 in La Matilla. At that time, an event on the island because it was sequenced from the murder of a wealthy person, Antonio María Berriel Jerez, which had terrible consequences in his circle.

So we are talking about a novel. We did more to you in the genre of poetry or even translation.

Certain. However, already in 2015 I published a novel titled Inside the Stone as well as a book of short stories. Since then, I must admit that I feel comfortable in the genre to the point that I have unpublished work.

What do you mean you’re comfortable with?

Honestly, it amuses me to fable events, to make narrative work whose plot could be based on real or fictional events. The truth is that poetic work helps to bring out your style and, with time accompanied by some experience through work, one feels more and more, say, rewarded or satisfied, comfortable.

Why did you choose that particular topic and how did you document yourself?

The theme has been recurring in informal conversations in Fuerteventura, since it happened until today, at least in a good part of the island. Murder is rare in a particularly peaceful society. As for the documentation, I will say that I spent no less than two and a half years collecting information, both oral and documentary. I visited the archive of the Salto del Negro prison; for journalistic records, I was at the Museo Canario; I was rummaging through entities in charge of official documentation and, above all, I traveled a couple of times to Santa Cruz de Tenerife to inquire at the Fifth Territorial Military Court. There I found the process. I have a record and a copy of everything detailed.

What is known about the origin of the event? Why did the murder take place? and Who was the murderer?

Based on the documentation, once five judicial processes had been studied – two civil and three criminal prosecutions – the defendants were acquitted in a court martial although they passed those of San Quintín, so to speak. What happened was never clarified, either out of interest or disability. However, there is a widespread theory about the motivation for the homicide.

Can you expand a bit?

Yes, well, that’s what I based the story on. It has taken me a year and a half to unwrap, dust off the story.

I insist. Can you advance something?

I have been working on the text for this novel for about four and a half years, sometimes completely dedicated to storytelling, others to unraveling some three hundred pages of documentation totally unknown to me, always with the idea of ​​finishing the project. I must say that the narrative, the stylistic literary work guides me beyond the fact that the event is based on real events. I suppose that a murder and its consequences arouses interest but my true objective is focused on creating literary work, if it is of quality, the better. I know that I have not explained myself in depth but, what I want to point out is that a few days after a presentation, I would not want to reveal the plot of the novel.

The presentation will take place at La Matilla, despite being included in the Insular Book Fair.

That’s how it is. There the events originated and, by real coincidence, the Island Council has arranged a book fair in which, during its tour, the 15th of October is within the event in which, eighty years later, the homicide.

Advance at least something about the characters or, failing that, the style.

Making characters with a defined psychological profile is the most difficult for me, when it comes to narrative. They have to be credible even when working on fiction. What I can tell you, to include characters and style in the answer, is that I moved to the intense post-war environment and that, in terms of style, I tried to make a mental, realistic sweep of that period with the voice of suffering characters and of oppressive protagonists. This is what was breathed in the so-called officially, second year of victory.

Why the title of La Hijuela?

It will seem strange to you but it was the last thing I decided on the text. I managed a couple of names for the work and, in the end, almost on the verge of having what could have been titled Inside the Silence or Ashes of a Blue Time published, I decided on La Hijuela.

A hijuela is, in the first place, a diminutive of “daughter”, it is also something that we could define as a document in which the properties and capital of a person appear and, the closest definition that occurs in the Canary Islands, to the less so on the island of Fuerteventura, which is a relatively small piece of land that in turn is part of a larger subdivision.