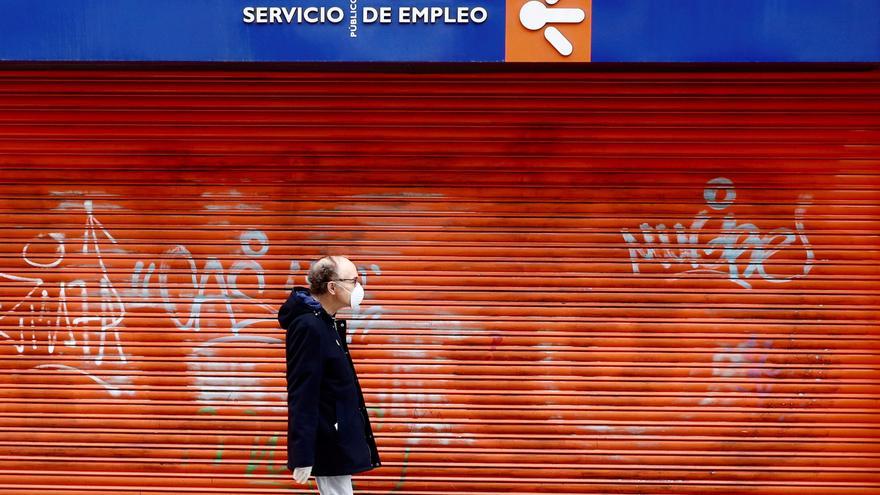 One year after biggest hit of employment in history, the job market is still marked by the coronavirus crisis. There are still some 432,500 fewer affiliated workers than in mid-March 2020, when the pandemic broke out. With the de-escalation of the so-called third wave of the virus in Spain, Social Security affiliation increased in March by 70,790 workers on average, a reduced figure for this time of year and representing the lowest figure since 2013, in the past financial crisis. Registered unemployment showed a better face, with a fall of 59,149 people, which once again placed the official number of unemployed below the four million barrier that was surpassed in February.

Thus, the balance left in March 2021 was an average of 18,920,902 people affiliated with Social Security and 3,949,640 unemployed people enrolled in public employment offices (SEPE). Regarding ERTE, a key tool to sustain employment during the pandemic, the month of March ended with 743,628 people in ERTE, which meant a significant decrease of 115,913 fewer people compared to the end of February, after the lifting of some restrictions due to the pandemic fruit of the decrease in cases of the third wave.

March is usually a good period for the job market in Spain, especially if Easter falls this month, but – as in so many things – the pandemic and its effects have altered what used to be. Since 2015, Social Security affiliation has always exceeded 138,000 growth this month. In March 2019, despite celebrating Easter in April, membership increased by 155,104 people. In this second atypical March due to the pandemic, employment growth stood at 70,790 affiliates.

The coronavirus broke out just a year ago, in March 2020, and has left an important mark on health, but also on the economy and the labor market. So, in the first 15 days in which the pandemic was unleashed with virulence in Spain, COVID also took away almost 900,000 jobs in two weeks.

How are we a year later? Still touched, with 432,547 fewer affiliated workers. According to Social Security data, between March 12 and April 30, 2020, 947,896 jobs were destroyed due to a drop in affiliations. Since May 1, 515,349 workers affiliated with Social Security have been recovered. In other words, almost half of the destroyed jobs still need to be restored.

Although the labor market has held out in large part thanks to ERTEs, which still protect more than 743,000 workers. This instrument, shaped by the Government to protect jobs and companies during the pandemic with a large investment of public funds, became the cushion of 3.4 million employees. The Ministry of Social Security stresses that the current figures represent “a decrease of almost 80% compared to the most acute moment of the COVID-19 pandemic.”

Twelve months after the emergence of COVID, with the exhaustion that this implies for companies that are still very affected by the restrictions, the concern is based on how to recover the lost jobs, but also on how to reactivate these ‘hibernations’. The Minister of Social Security, José Luis Escrivá, and the economic vice president have stressed that the next extension of the ERTE, for the tool to continue after May 31, should further encourage the return of workers to the activity.

The Social Security explains in its note that this level of 743,000 people protected in ERTE, according to provisional data from the end of March, indicates that the figure has remained “more or less stable since September, which indicates that the second and third wave of the pandemic have had a much smaller effect than the first “in this area.

The Ministry directed by José Luis Escrivá points out that “71%” of the workers under ERTE “are in the modalities that entail exemptions in Social Security contributions” for companies and that “five activities, of the 100 registered, more than half of the people are concentrated in ERTE “.

An algorithm fires dozens of workers at the Portuguese airline TAP