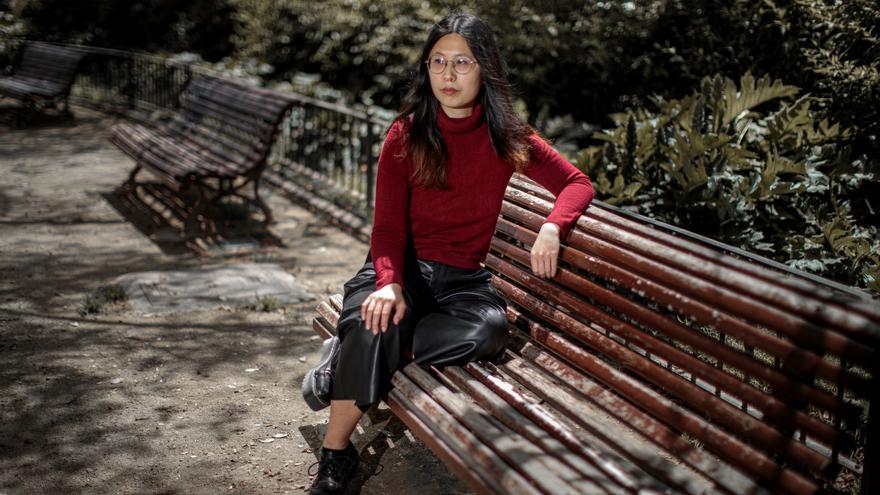 Valencia, May 1 (EFE) .- Paloma Chen, journalist, writer and activist, has been working for years to make visible the reality of the Chinese community in Spain and the racism suffered by a group that has been living in this country for 40 years, but it continues to be totally associated with bazaars and restaurants.

“There are many people who think that there is no racism against Asian people,” laments Chen in an interview with the Efe Agency, in which he affirms that despite the progress, there is still “very little visibility” of this problem, even within the anti-racist movement.

Paloma Chen (Alicante, 1997) grew up in Utiel, a town in the interior of the province of Valencia to which her parents moved from China in the 1980s and where they ran a restaurant.

“In the restaurant I have witnessed that arrogance, that racism, that imbalance of power that exists between that customer who has to be right, but who is also Spanish and a native of here, and you, who are serving him, are a migrant and from outside, “he assures.

One of the ways to deal with this situation is to talk about it, and this is what he seeks with his collaborations with projects such as Tusanaje, which disseminates the art and culture of the Chinese diaspora in Spanish-speaking countries, or the first Encuentro de the Chinese Diaspora in Spain, held in 2019 in Madrid.

However, he affirms that things will not improve until “migrants and racialized people begin to access political power” and their presence increases in all areas of society.

“Many Spanish people are only used to having contact with Chinese people in bazaars, restaurants or certain very specific spaces. We are closely associated with this type of space,” denounces Chen, who calls for a greater presence of racialized people in health, education, arts or culture.

He defends the importance of “generating references”, especially for young Spanish people of Chinese origin, who often end up thinking that “they are not worth anything more” than to run a bazaar or a restaurant, and that limits them a lot.

Added to this problem of lack of visibility and references is the feeling of lack of belonging experienced by the children of these Chinese migrants, that first generation of Spaniards of Chinese origin who are “neither Chinese enough nor Spanish enough.”

She explains that as a child she did not want to “be different”, which led her to reject “everything that she associated with Chinese”, from traveling to China to speaking Chinese, eating Chinese food or even being with her parents directly.

“It is a very distressing feeling,” he acknowledges, and recounts the difficulties of forming an identity when he does not fit into a society that does not stop pointing out your differences, but neither in a family that tells you: “You are Chinese and you shouldn’t do Spanish things “.

Chen has addressed this issue in his journalistic project “Growing up in a Chinese”, where sons and daughters of Chinese migrant families talk about what it has meant for them to grow up in bazaars and restaurants, the racism they have experienced and the lack of belonging that it has accompanied them for a large part of their lives.

THE IMPORTANCE OF LANGUAGE

Paloma Chen has just won the 2nd National Prize for Living Poetry # LdeLírica, a genre that helps her address issues related to identity, communication and language, issues that have always concerned her a lot.

“My parents, although they speak Spanish, they do not speak it at very high levels, and the same thing happens to me with Chinese; I can have daily conversations, but there are certain things that I cannot delve into. That has always marked me a lot”, has stated.

Chen defends the importance of language to change society: “I clearly see the nexus between language and thought. Language and how we speak reflects very well certain things in society that remain the same or were thus in the past.”

“We have a fairly racist and sexist everyday language because society is or was quite racist, although it is improving,” he says, and considers it important to change the language in a “natural way”, introducing new more inclusive terms that better represent the reality of everybody.

“If we want to change the world, we can change language,” he proclaims. “I’m not talking about changing language in order to reduce it and make a kind of Newspeak like ‘1984’ by Orwell; I’m talking about what art or poetry does, introduce new meanings, reappropriate others or invent new terms “.

Precisely, in his viralized speech at the Royal Spanish Academy (RAE) when collecting the award, he asked this institution “flexibility, adaptation to the new times and a lot of feminism and anti-racism.”

In February 2020, at the gates of confinement, Chen actively participated in the #nosoyunvirus social media campaign promoted by well-known members of the Chinese community in Spain to prevent xenophobic attitudes or possible prejudice towards his compatriots as a result of the spread of the coronavirus.