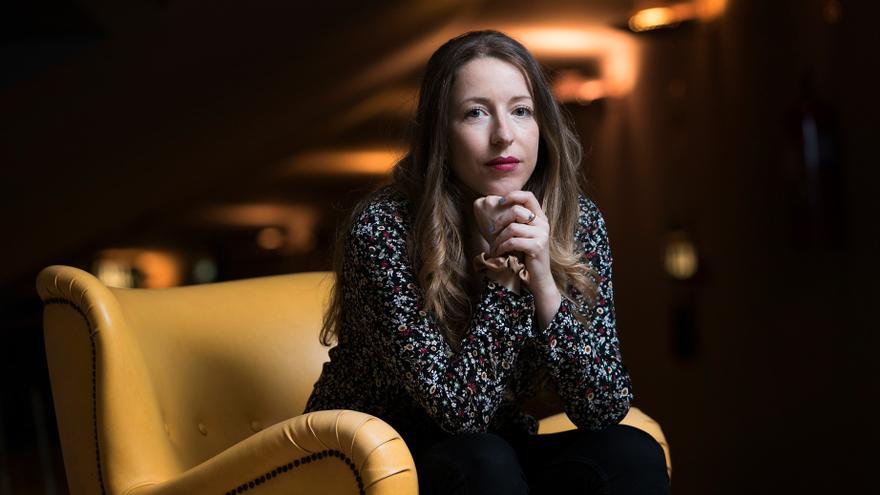 Zaragoza, Jan 30 (EFE) .- Since ‘The Girls’ was released last September, its director, Pilar Palomero, has not stopped receiving messages from people who have felt recognized in the film, now nominated for nine Goya Awards , among them, Best Picture.

“They do not feel recognized exactly because they have lived the same experiences as Celia, the protagonist, but because of the maturation process that she lives: a world in which you stop being a child and you begin to question the world in which you live”, has specified Palomero in an interview with Efe at the Palafox Cinemas in Zaragoza, where he has met with the public of his city, which has exhausted the available seats.

The filmmaker has been accompanied by almost the entire cast, including Andrea Fandos, who plays Celia, and Natalia de Molina, who on the big screen is the mother of this girl who begins to explore the troubled world of adolescence in Spain from the “Expo 92” and the Barcelona Olympic Games.

“I have received many messages and I always say that I feel that there are as many Celias”, has commented Palomero on the mirror of the protagonist, in which many young people who grew up in the decade of the nineties are recognized.

Regarding the applauded performance of Fandos and De Molina, the director highlighted their empathy and generosity, which has allowed them to help each other both personally and professionally: “In the gaze of one there is always the other, it is not a job that you can pull apart”.

“As a director, it is a luxury to see them act and see that what they had written and what they had imagined improved through their eyes, their gestures and their looks,” she continued.

Regarding the Goya nominations, the filmmaker has acknowledged that when she created ‘The Girls’ she tried to make “the best film she could”, but she did not imagine the repercussion it has had.

“When you make a film, what you want is for as many people as possible to see it, and it is true that nominations and awards help to reach more people,” said Palomero, for whom the full audience demonstrates, ” once again, that culture is necessary, people want culture and, furthermore, it is safe. ”

The Jaen actress Natalia de Molina has also celebrated that the film returns to dozens of Spanish cinemas because “in the end, the awards are used for that: so that the films have a second and third life.”

“Viewers are going to discover those wonderful girls with a very honest film that touches your heart,” said De Molina, who has received her nomination for Best Supporting Actress with “a different intensity and happiness.” after a “tough and complex” year.

The majority of proper names in these nominations are for women, since, as the director has pointed out, in ‘The girls’ the team leaders have been mostly female.

“They are the people I have trusted, I have trusted their criteria, their talent and it is a wonder that their work is recognized with these nominations,” he commented.

As for the parity in the nominations for Best Director and Best New Director, he pointed out that “these figures, which were very uneven, are beginning to equalize.

“It is thanks to the fact that there have been more and more female referents and the policies that have allowed all those women who were waiting to have our opportunity, have helped us to give it to us,” said Palomero, who remembers that there have always been women filmmakers and that, despite the visibility they are getting, “there is still a long way to go”.

She is now working on her next project, ‘Maternal’, which is, as its name suggests, about motherhood, and which she hopes to shoot next year.

“It shares some similarities with ‘The girls’, it’s a different tone, but I do want to continue working in the same way,” concluded the filmmaker, who starts from a script but uses improvisation in her scenes.