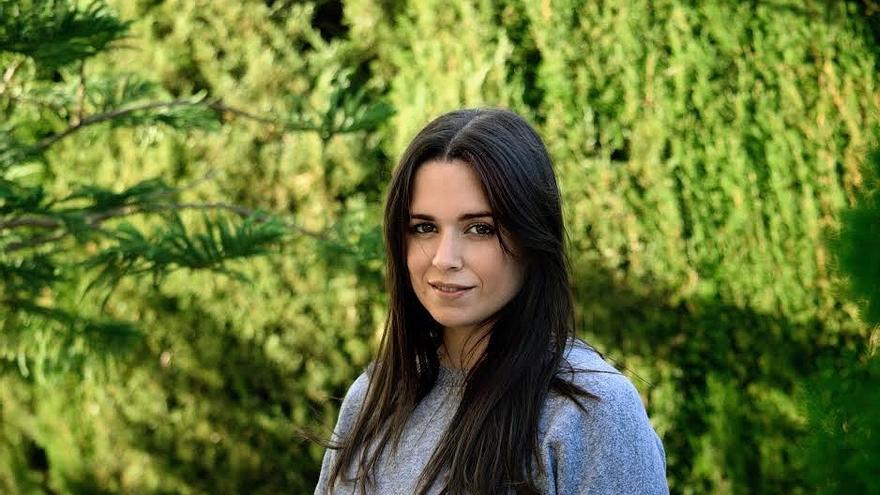 Valencia, Feb 17 (EFE) .- The young Valencian writer Alice Kellen defends that current romantic novels show “very realistic stories, not at all idealized and with flesh and blood characters”, and believes that many of the criticisms that this genre receives They are made from ignorance.

Considered as the new revelation of the romantic novel, Kellen has just published his latest book, “Tú y yo, invincibles” (Planet), set in Madrid in the 80s, and in which he narrates the love story, with his “lights and shadows”, by Juliette and Lucas, two young people who meet in the middle of the outbreak of the Movida madrileña.

In an interview with EFE, Kellen assures that this work, which he wrote in five months, is “more mature and adult” than the previous ones, and continues the change started with his latest book, “Sophie’s wings”, published by the same editorial at the end of last August.

It is, in his opinion, a natural evolution: “As we progress, grow and time passes, we are interested in other things and we have different concerns,” he says, although he has also tried not to make this change “abrupt” for your readers.

PREJUDICES ON THE ROMANTIC NOVEL

The writer, in her early 30s, regrets that there is still a lot of prejudice around romantic literature, and criticizes the association of this genre with something “negative” or with a minor type of novel, something that does not make sense , since almost all the novels on the market also deal with love.

“In the end they are prejudices,” says Alice Kellen, the pseudonym with which she self-published her first novel on Amazon and with which she has already published ten books (the last five with Planeta publishing house).

He remembers how “we all listen to love songs” and “there are a lot of movies that have a romantic plot, among other plots”, as is the case with the romantic novel, which, he says, deals with many other themes.

“Maybe people think they are going to open a book and it will only be focused on the boy and the girl and that’s it. But they don’t dare to open it either and in the end it is to give their opinion about something you don’t know,” he says.

Kellen defends that much progress has been made in the romance novel and affirms that most of the authors she reads “show very realistic stories, not at all idealized, with flesh and blood characters, and that they deal with many other themes”, beyond the romantic or passionate relationships.

This is the case of Juliette and Lucas, the protagonists of “You and me, invincibles”, whose relationship, he explains, is not “idyllic” and after the passage of the first years, “where everything is bright”, many problems arise. and disenchantment “, although they always maintain” the need for each other and that passion. ”

He decided to set the novel in Madrid in the 80s because it was a “very interesting” time, of many political, social and cultural changes, also “with its lights and shadows”. After the gray years of the dictatorship, this transition produced a “revolution at all levels and gave a lot of play.”

This context also allows her to address many small topics, such as drugs, job aspirations, the most frivolous part of fashion and art, motherhood and non-motherhood, friendship and mistakes and mistakes, among others.

Each chapter of the book bears the title of a song of the time: “Neither you nor nobody” (Alaska and Dinarama); “Let’s say I’m talking about Madrid” (Joaquín Sabina); “School of Heat” (Radio Futura); “I sneaked into a party” (Mecano); “The site of my recreation” (Antonio Vega); “April 20” (Celta Cortos) or “Girl from yesterday” (Nacha Pop), among many others.

“It seemed like a nice wink to me because I wrote it with the soundtrack of those years. It was a small tribute to try to make each letter of each song make sense with the chapter and thus make readers want to go and listen to that song”, the author says.

All these songs can be heard on a Spotify list that Alice Kellen has shared, who every time she writes a novel creates a list with the songs she listens to at that moment and that many times are also reflected in the book, and then shares it with his thousands of followers (more than 45,000 on Instagram and more than 10,000 on Twitter).