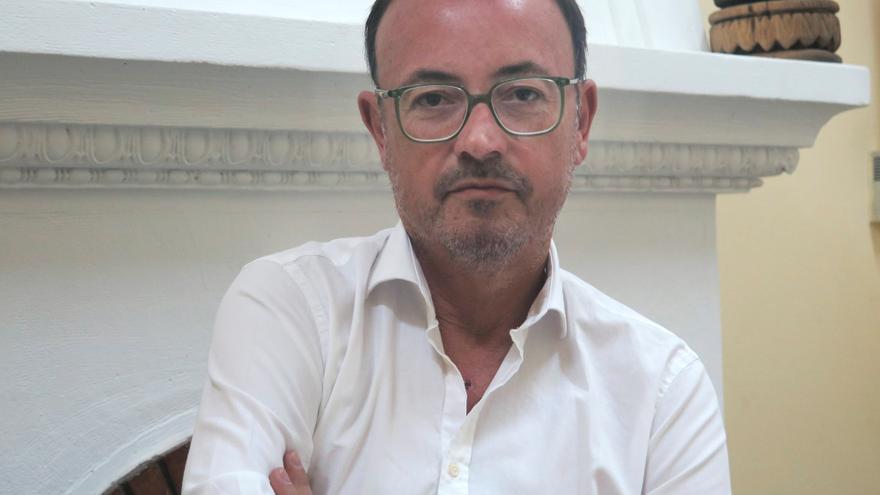 In “La hija”, which is interpreted by Javier Gutiérrez, Patricia López Arnaiz and Irene Virgüez, Martín Cuenca narrates the relationship between Irene, a 15-year-old pregnant woman who has escaped from a juvenile center, with a married couple who , in an interested way, he decides to welcome her.

Set in the rugged and rocky terrain of the Jaén mountains, Martín Cuenca builds an intense dramatic “thriller” that kept Canadian viewers on the edge of their seats for the film’s world premiere on Monday.

The Almeria director, who was scheduled to go to Toronto to accompany the film’s premiere, finally had to stay in Spain due to the travel requirements imposed by Canada as a result of the pandemic.

But the director, who premiered in the past at TIFF, considered one of the most important festivals in the world, “La medio de Óscar” (2010), “Caníbal” (2013) and “El autor” (2017), made a Virtual question and answer session in which he pointed out that “The Daughter” is the last in a series of films in which he explores “the contradictions of the human being.”

“It is one more film in which I try to explore in some way, the limits of the contradictions of the human being, the presence of evil and how ordinary people are actually the ones who can end up crossing a series of lines that make us commit tremendous acts “declared the filmmaker.

Martín Cuenca explained that he began this exploration with “La medio de Óscar” and then continued it with nuances with “Caníbal” and “El autor”.

The Andalusian director also declared that the other aspect of the film is the location and his interest in “exploring stories that occur in different places in my land, southern Spain, Andalusia.”

Martín Cuenca referred to the past of Jaén, as a borderland between the Christian kingdoms of the north and the Muslim kingdoms of the south, and his relationship with “La hija”.

“I thought that this story, forged on the edge, on the border, could happen in a place like Jaén,” he said, adding that “this film, the approach I defined at the beginning as a war between good guys against good guys.”

“Everyone at the beginning had good intentions,” continued Martín Cuenca, who then added that “good intentions lead us to do terrible things many times.”

After its premiere in Toronto, the film, whose original soundtrack and song have been composed by Vetusta Morla, will participate in the San Sebastian Festival outside of the official program.

TIFF, which began last Thursday, will conclude on September 18 after the screening of more than 100 films, documentaries and television series, half of those scheduled in the 2019 sample. Last year TIFF was forced to carry out the festival virtually.