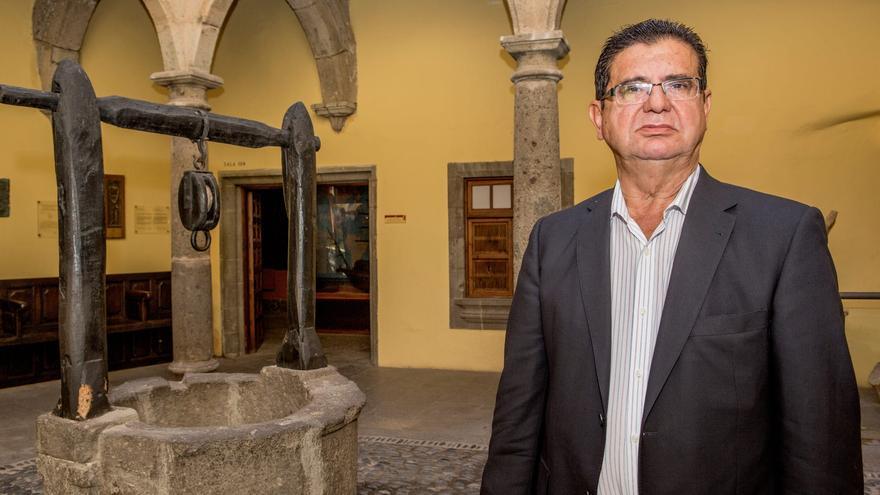 The Columbus House welcomes on December 21, at 7:30 p.m., the presentation of the lbook ‘Doña Juana de Austria. The princess governor ‘, a work of the historian Manuel Lobo Cabrera that gives light and her own voice to this woman, whose prestige was overshadowed by the figures of her father, Emperor Carlos V, and her brother, King Felipe II.

Princess Juana of Austria, governor of the kingdoms of Spain, has been considered by historians as one of the most important female personalities, spiritually, artistically and politically, in Spain and Europe in the 16th century, explains Lobo.

However, despite being valued as a woman of great culture, owner of a magnificent artistic heritage and a splendid library, his worth was obscured by the shadow of his father and brother, says Lobo, who will be in charge of presenting this book, from Ediciones Universidad de Valladolid, together with the director of the Casa de Colón, Elena Acosta .

The idea of ​​writing this work arises from a previous investigation on the figure of Prince Carlos, son of Felipe II, to whom Juana de Austria gave herself body and soul since the child was small, the writer details. And as he investigated Carlos, the figure of his aunt continually appeared, for which he gained interest and began to consult more and more bibliography on her until verifying that she was a very particular character, with exceptional gifts to which he was not he had devoted a lot of space, he explains.

To the professor of Modern History and former rector of the University of Las Palmas de Gran Canaria It took him five years to find information about her to make this book, since there is a lot of bibliography, but not dedicated to her specific figure, but about her father and brother, and about the relationships she had with artists, such as painters, sculptors and literati.

Lobo points out that when talking about her, historians emphasize that she was cultured, the first woman to be a Jesuit when the Order did not admit them and that she was the mother of King Sebastián of Portugal. However, when analyzing all the documentation, she realizes that she is a woman with “tremendous importance within what is the history of Spain” with decisive power and that is why she is called the princess governor.

The author of this work recognizes that the historians who have dedicated themselves to writing about it obscure it, when in fact he carried out a magnificent government at a time that was not easy because he had to face declaring Spain bankrupt and to solve that the government ran out of money to run the companies. And she insisted on solving it.

Juana of Austria ruled the kingdoms of Spain from 1554 to 1559, despite the fact that her father was not initially in favor of her being the regent, since it was a decision of the brother. However, Carlos V later realized that she was a woman of tremendous worth, Lobo says.

The writer relates that the so-called governor princess created a kind of politic party Around the court, she had advanced ideas for the time, she was a liberal woman at the time due to her different religious conception of the world and that led her to have a very fluid and very close relationship with the Society of Jesus, the Jesuits, to the who entered with two pseudonyms, Mateo Sánchez and Montoya, because it was forbidden to admit women.

In the book, the writer exposes the life of this woman from her birth in 1535 to her death in 1573, going through all the facets of her life and even analyzing her own will, where she recounts her activity. It is a sequence of his career related in a way close to the reader, to whom he gives an account of his training, his education and his marriage.

Lobo explains that the importance that this woman had is reflected in a writing by a contemporary character to her, who after her death dedicates a paragraph to her that summarizes what she was, since she assures that “there she was buried with great majesty although less than her merits “, and among other qualities she highlighted that she was” beautiful, honest, liberated, affable, discreet, merciful, favoring the poor, of generous condition, with such excellent virtues that in this and the next life she is immortal among the righteous who shine like the sun. She ruled in Spain in the absence of the emperor, her father, and her brother, Don Felipe, wonderfully, and thus in the kingdoms she was venerated and loved. ”

“Juana of Austria was proud to be a member of the dynasty and sacrifices her life in part for her,” says Lobo, who explains that on the cover of her book she appears supported by a column, a symbol of the dynasty, since at the bottom it reads FCV, ‘filia’ de Carlos V.

The entrance to attend this presentation at the Casa de Colón is free and the places ‘online’ are already sold out, although a percentage has been reserved for registration in person at the entrance of the conference, which will be delivered in strict order of arrival to complete the limited capacity.