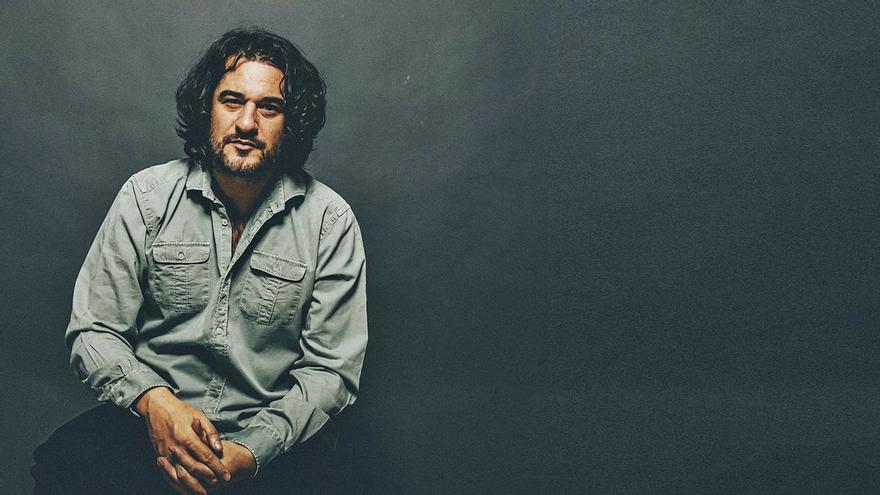 Manuel Jabois (Sanxenxo, Pontevedra, 1978) has written a novel with the good things in life: summers, beaches, gangs, treats, first loves, mysterious people, the necessary lies … But to give it the plot support To all this, he has chosen the tragic disappearance of a 3-year-old girl: “I needed a great event and to entertain the reader. This is a novel that can be read quickly and easily because there is suspense and you want to find out who is behind the disappearance “.

Is it no longer difficult to proclaim that one writes to entertain?

I hope not, it doesn’t seem like a mediocre goal to me. And more in a time when journalists, writers and film and series directors face the challenge of capturing a viewer who is haunted by millions of temptations. When someone drops a book from their hands, they no longer pick it up. Entertaining is the priority, and then you put your obsessions.

In ‘Miss Mars’ the first thing she does is screw up a wedding. Don’t you like them?

I like them very much. As a boyfriend, which I was once, you try to be responsible, but as a guest I have been very good. And I’ve been a great wedding reader, because colleagues always invite me to read at their weddings. I try to say no because in every wedding that I read, the couple have ended up separating. Even in mine I also read and I ended up separating.

You can always do like in your novel and use Iggy Pop lyrics to put together a speech.

I usually write with music and the song I played every day to start writing was ‘Lola’ by the Kinks. And by dint of listening to her I ended up putting her in the novel. At that time I also listened to a lot of ‘The Passenger’ and I found that the lyrics were amazing for Mai and Santi’s wedding.

Yes, and also a very little known song of her.

Yes, that interested me to draw Mai, an eccentric girl who has very strange knowledge. It is part of that fascination that he exercises over others.

Because they have an expiration date, like summer. There is a verse from Edna St.Vincent Millay that I love: “My candle burns at both ends, it will not last all night, but it produces an extraordinary light.” Fascinating people are over sooner, but while they are, they illuminate things beautifully.

Mai causes a kind of enchantment in others. No one questions his appearance with a young daughter or asks why he is there.

It’s the word I like, enchantment. It’s like a children’s story: we don’t want to ask questions, just enjoy ourselves. The characters do not belong to magical realism but they are on the border. Which brings me to another verse that I have very much in mind: “mercy for us who always fight on the borders”, which is from Apollinaire. That border between the real and the unreal interests me a lot.

Nico, the local journalist for ‘Miss Marte’, is afraid of the daily scrutiny that Berta, the famous journalist, has to endure. How do you handle it?

When I was a local journalist, I had to speak ill of guys I used to meet later in coffee shops. It was riskier than what I do now. It’s more fucked up to meet and put a face on your readers than to have them ambushed on Twitter. I come hardened by local journalism and insulted from home.

Do you now enjoy journalism more?

I try to stay enthusiastic. When I was beginning I used to learn to put a phrase, to headline … Now I know that, but I continue with the same enthusiasm as before when I have a good story in hand, and I don’t care where it is published.

Fuck, Lahuerta. I met him personally in Valencia when I presented a book, but 15 years ago we were already frequenting the same blogs and we were there.

Well, he says in an interview that the journalist has it more difficult than the novelist because he has an obligation to reality.

The journalist’s job is much more delicate than that of writing a novel, the cables that you cut have consequences in people’s lives and the damages can be irreversible. The novelist can be an artist, if he wants and has talent, but a journalist has to do his job to the best of his ability and that’s it.

How long will you last combining both trades?

As long as I feel like it and have a head… I don’t have big hobbies, I don’t like traveling around the world or anything like that, I like to sit down and write. And having a community of readers waiting to read what I write gives me an egg.

The risk of having a community of ready-made readers is that Planeta comes and entrusts it with its next award.

(Laughs) We are not in those. When I started with Alfaguara in 2019 I had three novels in mind and I have already written two. And I also have the journalism network, which allows me to risk as a novelist, take my time and reject things that in other circumstances I would not reject. An award is not something you expect or want. My only intention is that my third novel is better than the previous two.

“Living long is knowing what things are happening to you,” he writes. Do you know them or do you still have to live longer?

I always know things deferred. Now I have known that I was screwed before publishing the novel. I got flakes, I slept little and did not know why it was. I have been to the doctor and he told me he was emotionally stressed from the post. I thought I was very calm, but my body told me not to be cool, that I was freaking out.