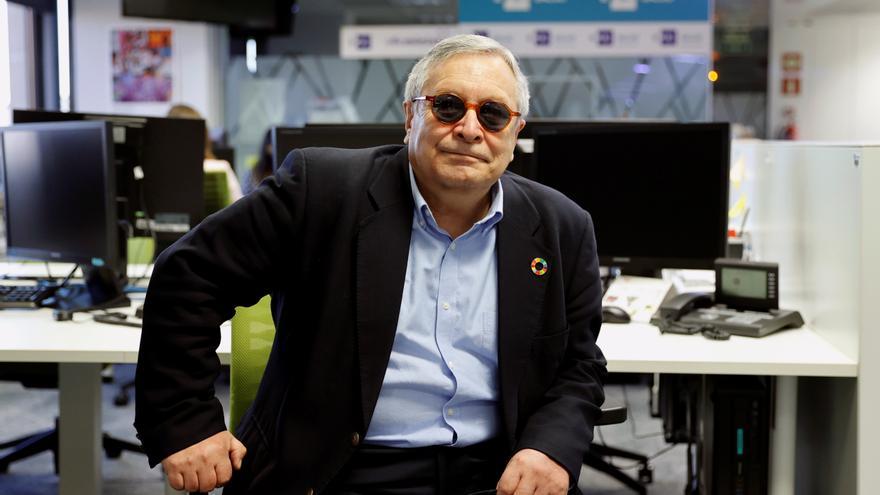 Madrid, Jul 17 (EFE) .- With a maximum capacity of 5,000 people, the 80th edition of the Madrid Book Fair, the one of the “reunion” after the pandemic, will have a “huge” audience reduction but not in the presence of booths or sales forecasts, which its director, Manuel Gil, trusts that the 2019 figures are around.

There is not much time left for the preparatory work for the celebration of the fair between the next 10 and 26 September to begin in the Paseo de Coches of the Parque del Retiro in Madrid, the month to which it moved its traditional June celebration as a precaution against the health situation and after its 79th edition had to be held on social networks in 2020.

“The fair has been very damaged and the fact of not doing it in 2020 has been devastating”, says in an interview with Efe Manuel Gil, who points out that, although today they do not owe “anything to anyone”, as many families they have “eaten the savings” during the pandemic. The possibility that it would be suspended again would create a “very dramatic” situation, he warns.

That is why he insists that they will be rigorous in the control of capacity: “We will try to do our best under the principle of responsibility and the public address services will insist on keeping security measures and that there are no crowds.”

The control of capacity, the use of masks even in the open air and the safety distance are the measures that the fair will have to carry out, emphasizes the director of this literary event that began to be held in Madrid in 1933 and that fulfills this year its 80th edition, since there was some period, such as the Civil War, in which it was suspended.

These security measures have also meant that the presence of the booths has been limited to the Paseo de Coches, which has forced the suppression of some of the commercial brands that used to be present to make room for publishers.

“The control of capacity is going to cause a decrease in the attendance of huge public”, explains Manuel Gil, who considers “unthinkable” the crowds of the public of other editions. And a capacity of 70 or 75 percent means that inside the Retiro Park area set up for the fair there may be a maximum of 5,000 people.

Thus, the number of visitors they handle reflects a decrease to some 250,000 people in the 17 days of the fair, compared to the 2.3 million who attended in the last face-to-face editions.

Something that Manuel Gil does not believe is going to affect sales since he considers that the visitors who will come are those who will buy.

And although he recognizes that it is difficult to know how the market will work in this situation, he is convinced that sales will be close to almost 11 million euros in 2019, “because the behavior of civil society during the pandemic in its support of reading and the local bookstores have been really spectacular “.

There will be 320 booths in this edition, with proportions of booksellers, publishers and distributors also similar to those of previous years, except for a small decrease in bookstores due to the fact that the September textbook sales campaign will prevent them from attending. And the number of publishing stamps that will be on display in the fair booths will be around 420.

Regarding the activities, the themes related to women, sustainability and the environment, internationalization, accessibility and integration are maintained, indicates the director of the fair, which will also feature tributes to Dante on his seventh centenary, Emilia Pardo Bazán or Carmen Martín Gaite.

This edition will be attended by the two great North American “gurus” in publishing, Porter Anderson and Edward Nawotka, and the “Leer Iberoamérica” ​​meeting will take place, with a score of Latin American experts.

Colombia, as the guest of honor, will bring 25 writers to the fair, including the poet Darío Jaramillo, who will give the inaugural lecture, and will organize 60 activities, not only in El Retiro but also in other parts of Madrid, including its carnival of Barranquilla.

On the occasion of its 80th edition, the Book Fair will release a volume that recovers historical photographs of this literary event and for which it has also gone to archives such as those of the Efe Agency or the Community of Madrid, Gil pointed out.

And the Loyalty Award will be launched, which will recognize a person, institution or company for their loyalty and loyalty to the Fair in its years of history.

Authors’ signatures will continue and although they will not reach the figures of other years, they will not decrease much either: between 1,200 and 1,500 writers are expected who can generate 4,000 signatures, yes, always keeping the security measures.