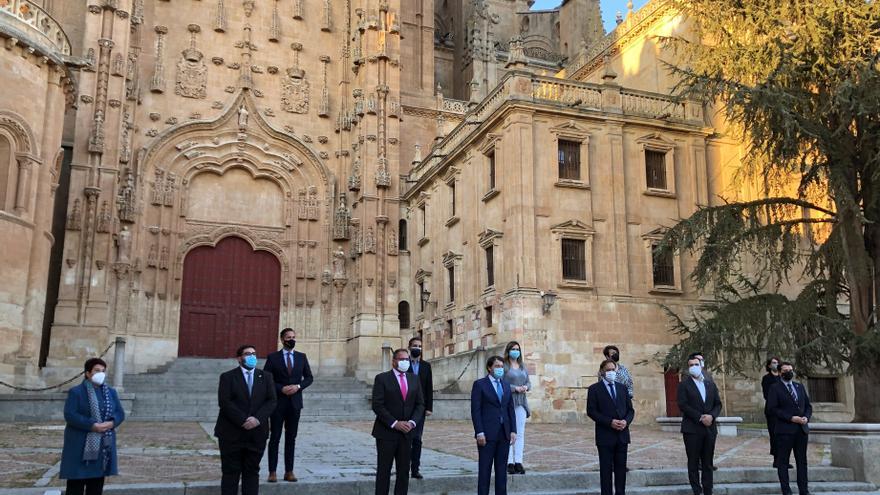 Salamanca, Mar 26 (EFE) .- The president of the Junta de Castilla y León, Alfonso Fernández Mañueco, trusts that quality tourism within the Spanish group of World Heritage Cities will help achieve “economic reactivation” after of the current crisis generated by the pandemic.

In his speech at the reception of the Assembly of the Group of World Heritage Cities of Spain, which is held in Salamanca, he stated that the legacy of these fifteen municipalities “offers many alternatives”, for which he has called for a more active conservation and greater coordination from the “digital transformation”.

Along the same lines, the president of the Group of World Heritage Cities of Spain and mayor of Mérida (Badajoz), Antonio Rodríguez Osuna, has also indicated that the tourism that begins to arrive after the pandemic “will be of higher quality”, although ” It won’t be like 2019, massive. ”

“With fewer tourists there may be a greater economic recovery, because they will spend more in our cities and it will be of much higher quality,” he predicted.

Fernández Mañueco, as president of Castilla y León, where there are three World Heritage cities -Salamanca, Ávila and Segovia-, has asked the members of this group “to be able to better protect what has been inherited, to deliver it to future generations of what has been received “and that this heritage” has economic significance and job creation. ”

It has encouraged us to take advantage of the full potential of some resources that constitute “an engine of development and are a source of employment that cannot be relocated, as well as being a focus of attraction for quality tourism.

The president of the Junta de Castilla y León has also advocated for initiating specific actions on the heritage, to achieve its maintenance and improvement.

Among these measures, he has spoken of carrying out “a more proactive management, through preventive conservation; the search for new cultural and creative uses for heritage; the application of the current digital transformation also to heritage and its value chain; and the promotion of to the coordination of efforts between all the public institutions and with the private initiative “.