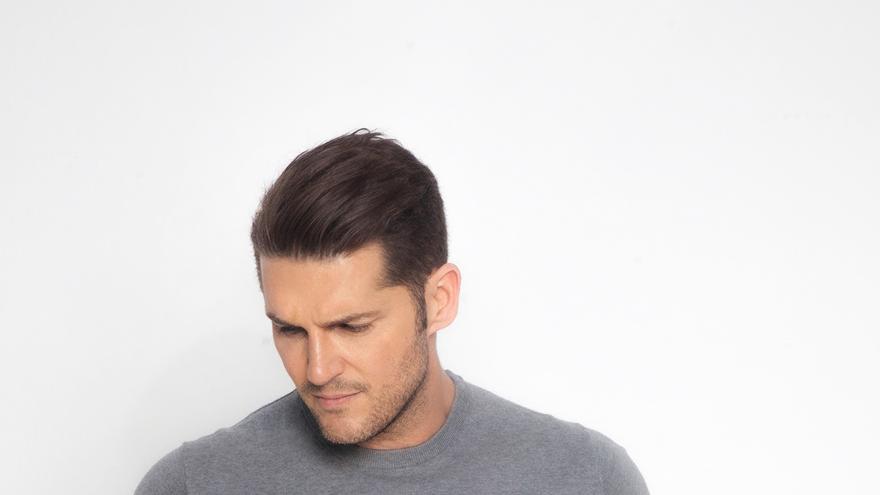 Manu Tenorio prepares "excited and eager" his new album, just at a time when twenty years of his passage through the first edition of Operación Triunfo, a program that marked his life and was the "turning point to make the leap to music".

"With age and years you accumulate a past full of experiences and experiences. Your career creates a photo album in your memory and there are memories that are missed instead of being forgotten. I'm in a moment of total nostalgia, "the Sevillian, who has just released the first song of his next album, tells in an interview with Efe.

'The ship of forgetfulness', performed by singers such as Julio Iglesias or José José, is the "aperitif of this gourmet album" that will see the light at the end of the year. A job for which he has selected a series of melodic songs with which he has grown up, making them his own.

The next topics are, for the moment, "a secret", but for his selection has been based on songs he has listened to since he was little and they appeared in his memory. "They are songs that are part of my childhood. I felt that the past was calling me to return," he says.

Twenty years later, whoever was ranked fifth in the first edition of Operación Triunfo has released eight albums and, looking back, he remembers that the experience was "wonderful" and that with the passage of time "everything changes a lot".

"Triumph operation It was a show that gave a 180 degree turn to the music industry. I say that I participated in the edition of Operación Triunfo 1, el origen ", laughs one of the 16 contestants of a program that marked a before and after in the music scene and broke audience records, reaching 13 million viewers in the end.

Now, consider that the mechanics of music it is another completely different: "Twenty years ago the natural flow by which an artist made himself known was exclusively through a multinational. Today there are a lot of new artists who use social networks to find their way".

That first edition was also special for the fans. "The entire Spanish public and part of the Latin American public were brought together in front of the screen. We fill the biggest, "he recalls." At that time, the emotions that were experienced were very strong. People lived it with a lot of passion and intensity. "

Two decades later, he maintains contact with most of his colleagues, some more than others, "naturally," he says. Alejandro Parreño, Natalia or Geno are some with whom he maintains the most relationship. Recently he has spoken again with David Bustamante, "a fabulous uncle", and also with David Bisbal, whom he met recently.

The death of Àlex Casademunt last March has affected everyone. "He was the most effervescent guy in the entire edition, the most multidisciplinary: He played the piano, the guitar and was a television collaborator. Losing him in such a tragic way without warning has been a very hard blow for all colleagues, "he laments.

For next July 24, a tribute concert is being prepared in Madrid entitled "Another Opportunity" in which Casademunt colleagues will participate, including Tenorio, who has suggested on several occasions that TVE organize a program in memory of Catalan.

"It would not hurt to find him a small space to, with all his colleagues, pay tribute to a man who is part of the history of music and television in this country," he says.

The Sevillian is one of those who thinks that luck must be sought by working. "Everything has a cause and an origin: work, dedication, having the appropriate virtues and talent", he points out. When he thinks about his work he gets excited because he continues to see it" as a miracle "and is just as grateful as the first day.

"I am very happy where I have come from and the public that follows me. I continue to live comfortably from my profession, which is what I like the most and I continue to thank God every time I get on stage because it is the greatest thing that me it has happened in life, "he adds.

He doesn't think much about the summer because, as his grandmother used to say, "man proposes and God disposes." He prefers to live daily with his videos, productions and the concerts that are closing, because "as long as you keep working and striving, these are the best wickers for your destiny."