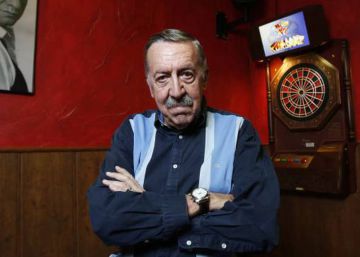 These are bad times for experience and quality. The Directorate of Radio 3 has decided to dispense with Take one, one of the longest running programs on Spanish airwaves. The space, directed by Manolo Fernandez, it will not be broadcast again on the music station starting next season. It will be the first season in three decades that the listeners of Radio 3 will not be able to find this radiophonic territory of great musical prescription, specialized in country and all its derivatives coming from the roots of North American music.

Take one is a benchmark for many Spanish music lovers, a space that has created a school and scene in Spain through the magnificent criteria of its director and creator, Manolo Fernández, who began on the radio almost 50 years ago in a small studio on Manuel Silvela street in the now-defunct Onda 2. Manolo He is one of the great musical voices of our country, a guy who has always known how to teach and contextualize the sounds that have raised the great umbrella (paraphrasing him) of American music. Of their programs, many of us have learned to value the country, the folk, the bluegrass and rock with all its nuances, learning to separate the wheat from the chaff, as well as to understand the importance of secondary paths in explaining the great phenomenon of popular music that marked the development of the 20th century. Much is owed to him, as in We wanted to remember the North American Route a few years ago on the occasion of the 40th anniversary of Take one.

Life is capricious: just today Sunday the last one is broadcast Take one on Radio 3 when 30 years have passed since its first broadcast on the public music station. I know because Manolo was telling me the other day on the phone. One of many calls or meetings in restaurants that we have to share the passion for music, even also for the radio.

Manolo is a “radiologist”, as he likes to call himself, by race. A man dedicated body and soul to the microphone, who acquired this unconditional love for the radio since he was a child listening to the transistor that his mother had turned on in the kitchen at a time when it was healthier to listen to Onda Corta programs than officials of the Franco regime.

His departure from Radio 3 is sad. With half a century of experience at the microphone, Manolo Fernández is a pioneer. It was on Onda 2 and it was on Popular FM. Even on Radio 3 it opened a significant gap with Take one, a space that changed the pace of the general programming and that ended up being consolidated. It has been consolidated so much that in the last EGM of the public entity it appeared as the third most listened to program on Radio 3 with 144,000 listeners. Not only that: their programs have always shown an impeccable rhythm, perfectly scripted, finding the balance between providing knowledge and knowing how to spread it.

It is also sad that Manolo Fernández, who was always a good follower of Ángel Álvarez’s didactic and friendly tone, left Radio 3 through the back door, in such an ungrateful way. There is something that remains as broken in a station that continues to show a bloodletting of emblematic farewells. His departure coincides with that of other illustrious veterans of the microphones of Radio 3 as Julio Ruiz, in front of Big Disc, José Miguel López, in charge of Discopolis, and Javier Tolentino, at the head of The Seventh Vice. Too many exits and forced retirements for a renovation that looks to be going on.