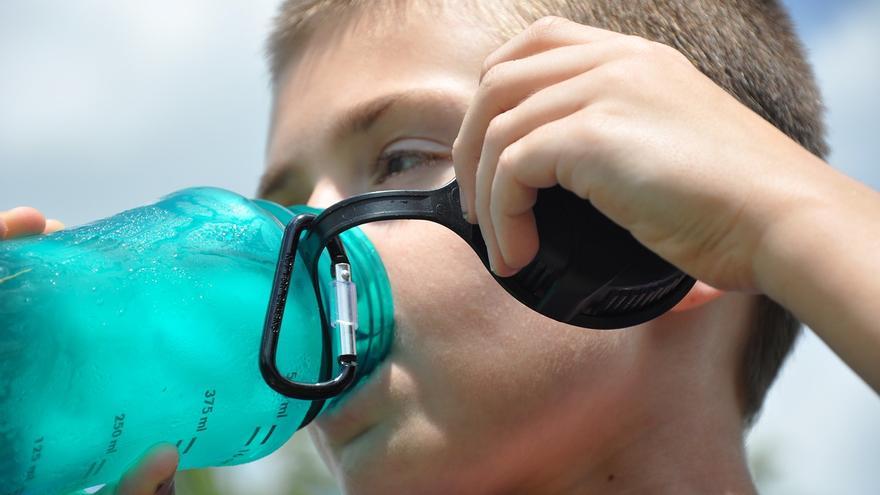 Those in charge of industrial policy of the European Commission have come to the rescue of the chemical sector: the team of the General Directorate for the Internal Market and Industry have plagued the draft of the future Chemical Products Strategy of the European Union of proposals, comments and amendments that the guidelines set out until now to regulate the use of these compounds face the danger of “severe damage” that they represent for “health and the environment”, according to a very advanced version of the document to which the Daily newspaper has had access together with a group of international media like Le Monde, Süddeutsche Zeitung or Political.

The document shows the almost frontal opposition to the text prepared by the General Directorate for the Environment. The Industry team (named GROW) tries that environmental or health safeguards do not undermine the activity of the chemical industry: “The introduction [del documento] it is still very prohibitive and negative, creating unnecessary fear in citizens. It still contains a significant imbalance in presenting the benefits of chemicals versus their negative effects, “they write.

Throughout 29 pages, GROW specifies its support for the chemical sector while minimizing its risks and designing a strategy that replaces direct and concrete actions with a majority of reviews and evaluations still pending before taking action.

Thus, the draft prepared by the management of Industry directly crosses out an entire paragraph in which it was stated that, although chemical products “play a fundamental role in achieving the current level of well-being, they can cause severe damage to human health and the environment environment from the moment they are produced, used, discarded or recycled and after being released into the environment. Production is also one of the most polluting and carbon-intensive industrial sectors. ” All this reference appears crossed by a line.

Along with his version, one of the management officials in his margin notes writes: “Despite the fact that the first paragraph introduces some benefits on chemical production, the tone is very negative. One has to search carefully to find clues about the importance of the Strategy creating economic opportunities “.

GROW’s vision, which highlights the need to highlight the economic dimension of chemical use, ignores the latest report of the European Environment Agency on chemical contamination, which assured on January 23 of this year that “Europe is not on track to meet the objective of minimizing the release of dangerous chemicals into water, air and land given the lack of information on emissions from thousands of persistent products. ”

“Elimination when technically and economically feasible”

The Chemicals Strategy is a mandate of the European Green Pact published in December 2019. Your roadmap says you should see the light “in the summer of 2020.” The Pact literally states that “achieving an environment without toxic substances requires more measures, both to prevent the generation of contamination and to eliminate it and remedy it.” However, numerous amendments introduced by GROW imply a block to that further action.

In this sense. The Directorate of the Environment had indicated that “substances of concern for non-essential uses will be avoided,” but Industry considers that it should be limited to substances “of very high concern” that would be “eliminated or substituted when it is technically and economically feasible.” And he adds that “appropriate control will allow the safe use of chemical products (…) and the minimization of exposure to dangerous compounds.”

In fact, one of the GROW technicians comments on the sidelines that “the phrase indicating the use of product insurance and the prevention of damage by avoiding substances of concern is unacceptable”. It even ensures that the European Commission is not who “to decide on the division between society and economy on issues that are essential or non-essential.”

Furthermore, what the Department of Internal Market and Industry is seeking is for a future deregulation of the sector: “Remove loads from the industry” in what it calls “Smart regulation” This concept was introduced by the former President of the Commission, the Portuguese Durao Barroso, in 2010 as one of the pillars of its policy for the European Union to recover from the financial crisis that almost destroyed the Euro. A concept then raised in the economic proposal of the European People’s Party in 2015. The idea that appears in this advanced draft is the following: “Communication [de la Comisión al Parlamento y Consejo Europeos] It should include actions to alleviate the industry from the complexity and regulatory and administrative burden. “Here the struggle between the environmental and industrial positions within the Commission is evident.

The demand expressed in the Green Pact on actions was included in the draft Chemicals Strategy, for example, by proposing to strengthen laws to “accelerate protection and minimize exposure to endocrine disruptors, especially among consumers” . Disruptors are substances capable of altering the hormonal balance of organisms. The European Chemicals Agency (ECHA) It has been identifying and listing compounds with these effects used in agrochemicals and product manufacturing and is collecting information on substances applied to cosmetics. Regarding this group of compounds, GROW’s preferred option is to “explore options to improve legislation and minimize exposure.”

Another example appears in the section dedicated to combined toxicity, that is, the effect by which the damages of several substances together are greater than those of the compounds separately. The Environment Directorate wanted this factor to be analyzed by ECHA when making its product evaluations, and the members of the Industry Directorate affirm that they do not support “the direct inclusion of this factor, much less without discussion and evaluation. appropriate. [de la toxicidad combinada] as if it were a fact, although the discussion with national authorities and stakeholders is in a very preliminary phase. “In short:” Review and future development “, once again, that is, decision-making is delayed.

The perspective applied from this department is perfectly illustrated in the comment inserted by one of its members before the phrase “dangerous chemical compounds contribute to the reduction of ecosystems and lead to a rapid decline in animal populations.” This official understands that this “is too general. Pesticides and some elements may have this effect, but we must be careful when extrapolating.”

And a little further down, another reviewer is very critical when reading that the use of “correct chemical compounds represents a crucial component in the social and economic recovery of Europe” in terms of achieving “zero pollution, and a circular and climate neutral economy ” His comment shows that “here it sounds more like a ban that is not recovery but environmental protection.”

The versions are so recent that they refer to the COVID-19 pandemic. And in this case, the General Directorate of Industry also makes clear its orientation because it says that this Strategy “should fit well with the needs of the economic recovery effort” that the new coronavirus has caused, while its officials have eliminated its I document the paragraph that affirmed that the pandemic has made more evident “the need to protect the health of humans and the planet: chemical contamination affects the immune, respiratory, endocrine, and reproductive systems (…) and increases morbidity and mortality from diseases contagious. ”

Vicky Catt, from the Corporate Europe Observatory, analyzes that this advanced draft is at the service of corporate interests: “The General Directorate of Industry is dedicated to repeating like a parrot the demands of the chemical industry. This department is a repeat offender when promoting business requests about the public interest. ” For Catt, GROW “is trying to undermine the Green Pact’s chances of success by taking decisive action to ban toxic compounds. And it does so by minimizing the health and environmental risks of these products.”