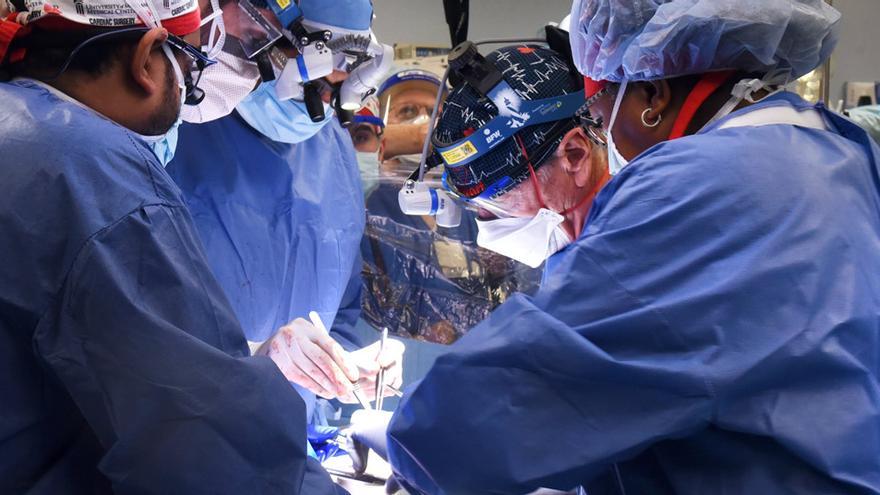 The Faculty of Medicine of the University of Maryland (USA) reported this Monday that it managed to transplant a genetically modified pig heart to a 57-year-old man in a surgery that it described as "historic." "This organ transplant demonstrated for the first time that a genetically modified animal heart can function like a human heart without immediate rejection by the body," the institution detailed in a statement.

The patient, David Bennet, 57, of Maryland, underwent surgery three days ago at the University Medical Center after suffering an arrhythmia and is under medical surveillance in good health. According to the institution, the transplant of a pig heart "was the only option available to the patient," since several hospitals had ruled out the possibility of a conventional transplant.

“It was either dying or doing this transplant. I want to live. I know it is a shot in the dark, but it is my last option, "said the patient, according to the statement from the University of Maryland. The United States Food and Drug Administration authorized the operation on New Year's Eve for Bennet, who had been bedridden for months and was informed of the risks of the operation, as it was still an experimental technique.

“It has been a revolutionary surgery and brings us one step closer to solving the organ shortage crisis. There are not enough human donor hearts available to meet the long list of potential recipients, ”said Bartley Griffith, doctor in charge of this surgical procedure. About 110,000 Americans are currently waiting for an organ transplant, and more than 6,000 patients die each year before receiving one, according to official data cited by the university.

A New York hospital last October managed to temporarily transplant the kidney of a genetically modified pig into a human body, another success that, like the one known this Monday, may lead in the future to the need for donating organs from a deceased to save someone else's life.