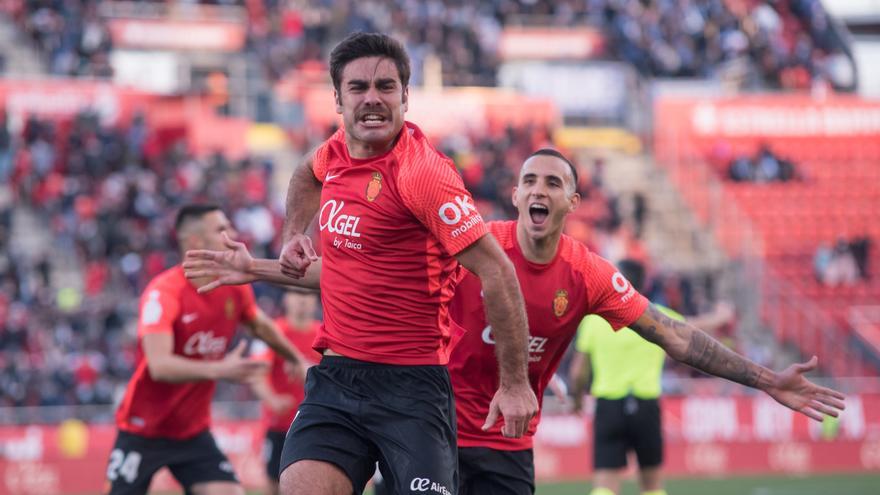 The goal of the Spanish team, the work of Javi Puado 20 minutes from the end, put the emotion to an even and very close clash, in which the vermilions, who came from three defeats in a row in LaLiga, They resolved to suffer until the last minute.

The tension with which both teams experienced the tie was reflected in the number of cards. Espanyol ended the match in numerical inferiority due to the expulsion of Adrià Pedrosa and their players saw another three cards, as did Mallorca

Casualties due to injuries or covid-19 did not leave Luis García Plaza much room for maneuver. The Mallorcan technician he had to improvise with Jaume Costa on the right wing of the defense in the absence of Pablo Maffeo and the departure (to PAOK Thessaloniki) of Joan Sastre. He kept Leo Román in goal and lined up a very recognizable eleven in the cup tournament.

On his return to the Son Moix bench, Vicente Moreno did not reserve anything, in a clear demonstration that the Cup does matter in the parakeet club. Raúl de Tomás accompanied Landry Dimata upstairs, and Albanian midfielder Keidi Baré and full-back Adrià Pedrosa were starters because both will not be able to play against Cádiz in LaLiga after seeing the fifth yellow card against Elche.

The two teams started the match very cautiously. In a one-game tie, mistakes are expensive and neither vermilion nor blue and white were in the business of opening the list of kits soon.

Majorca and Spanish exerted high pressure, and although they recovered the ball very quickly, they also lost it just as quickly.

Espanyol was more incisive in a very even first half and tried the hands of Leo Román, who seems to win integers in goal to the detriment of Manolo Reina, on three occasions.

Roman answered with certainty, although The main scare was given by Raúl de Tomás with a shot from outside the area that went over the crossbar.

Mallorca created little danger, but when it did it was lethal. The 1-0 was a masterpiece by Take Kubo, who hooked a missile in a direct free kick against which Diego López could not do anything.

The Blue and Whites took note and redoubled their offensive effort. The first part ended with the vermilion defending and their rival launched in search of a draw.

In the same way the shock was resumed. Again Raúl de Tomás caressed the goal in another shot that went wide. But the initiative was short-lived for the parakeet team, who had to concede four almost consecutive corner kicks in the face of Majorcan pressure.

The local push paid off with the goal by Abdon Prats that marked the 2-0 that seemed definitive.

It was not like that, after Javi Puado’s goal, much protested by the vermilion. The video arbitration took 4 minutes to validate the goal and that decision led the clash to a thrilling ending. Mallorca dedicated itself to maintaining the advantage on the scoreboard and Espanyol tried, without success, until the last minute.

Incidents: Match corresponding to the round of 16 of the Copa del Rey played at the Visit Mallorca Estadi before some 11,430 spectators.