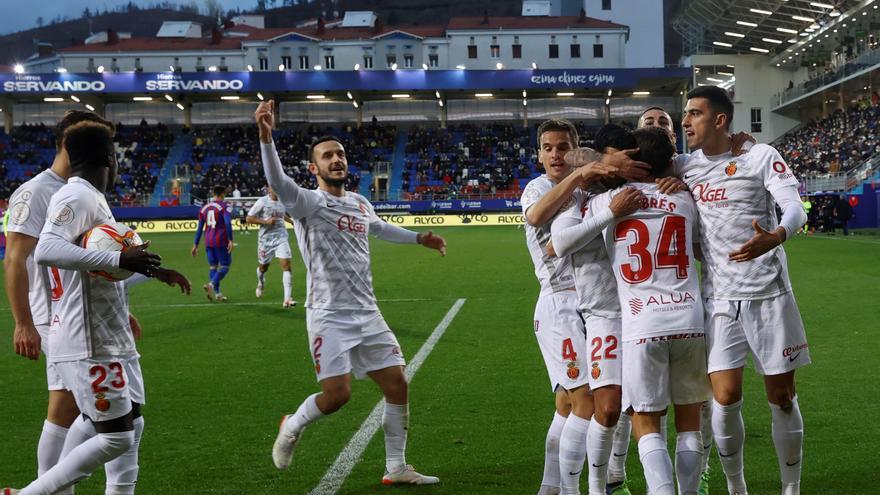 In a match between two rivals of different categories, although the field factor equalized the forces, Eibar was the first to try with a shot from Blanco Leschuk.

Mallorca bet on control and Eibar for a more direct game in the first minutes, in a predictable script.

The gunsmiths had the lesson learned from playing backlash and Mallorca tried to circumvent the orderly defense of Eibar.

The Balearic Islands hardly disturbed Eibar's goal, that he had a new good opportunity in a header from Rahmani that went out. Mallorca gave the reply through Abdón Prats, who also failed to move the scoreboard.

On the edge of break, Leschuk, headfirst, after an assist from Correa, he scored the first goal and advanced to Eibar, who gave the surprise in his field.

Mallorca's coach, Luis García, he looked for the reaction and introduced changes as soon as the second half began to try to achieve a quick draw.

A few changes that worked for him, as soon heogró disturb the goal defended today by Ander Cantero, since Llabrés could tie with a long shot.

It was Josep Gayá who did it the equalized in minute 69, opportunistic by taking advantage of a second play conceded by Eibar at the exit of a corner.

Ángel initialed the comeback with a new header in the 81st minute, after which Eibar, with Fernando Llorente on the field, he went out of his way to try to force the extension, but was unsuccessful.

Incidents: match of the round of 32 of the Copa del Rey played in Ipurúa before 3,558 spectators.