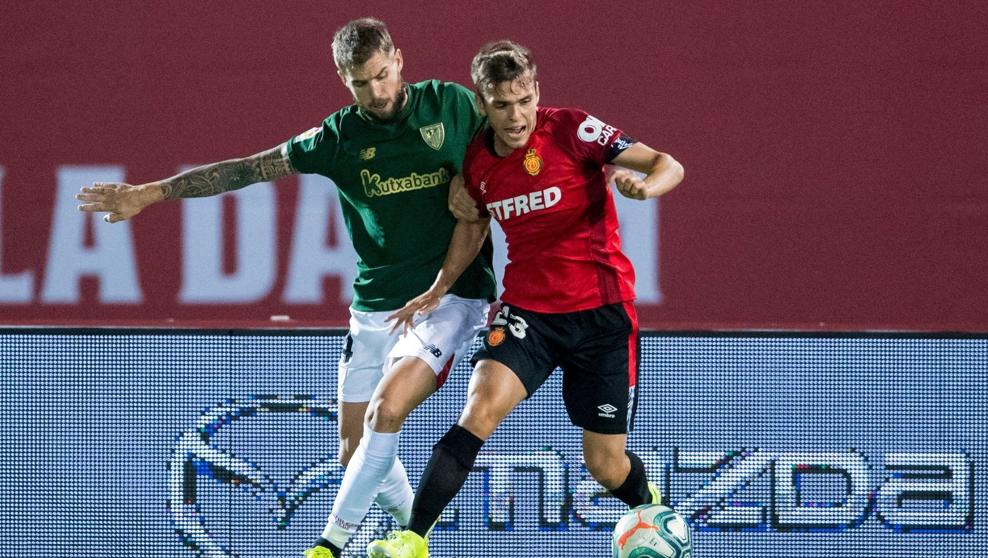 Mallorca and Athletic Club have tied this Friday (0-0) at the stadium Are moix in a match marked by the penalties missed by Abdón Prats and Aritz Aduriz, in a final section of infarction, in which a goal to the Mallorcanist Álex Alegría was also annulled for offside.

The two teams made tables in everything, including, in the balls to the sticks, one of Salva Sevilla and another of Gaizka Larrazábal, who had replaced Iñaki Williams, both in the second part. With the distribution of points Mallorca breaks a streak of two defeats in a row against Real Sociedad and Valencia, and Athletic remains undefeated after four days.

Athletic – this time with a green shirt and white pants – took a few minutes to take the pulse of the match and the opponent. With the same eleven of last day in the Getafe field draw, Gaizka Garitano's team had some initial problems that he solved by adjusting his lines to find Raúl García, Muniain and, above all, Iñaki Williams.

Mallorca moved the ball with ease and without complexes before an opponent who had arrived in Palma willing to add the points that made him provisional leader.

It is likely that the first yellow card of the game that Dani Rodríguez saw in the first minute of play conditioned the impetus with which the Mallorcanists had jumped to the pitch. The Asturian colleague made it clear that he was going to cut off the actions at odds with the regulations, despite the loud protest in the stands of Son Moix.

Athletic began to circulate the ball with discretion from the quarter of an hour. He stopped the onslaught of a Mallorca that arrived, preferably, by the band of the Ivorian Lago Junior, with a great debut of the Ghanaian defender Rahman, and had the clearest chance with a header from Raúl García, very focused, that Manolo Reina caught without major difficulties Shortly after, a loss of the ball in the center of the field of veteran Salva Sevilla led to a dangerous counterattack led by three players from Bilbao who could not finish.

The match was another. The arrivals of the Mallorquinists were increasingly spaced. The Basque eleven was cautious at the beginning and intense when he took the measure to his rival. It has players that dominate each of the facets of football and, above all, press down, in the middle, above.

It is the usual red and white philosophy and it is even understandable that at certain times the team in front of you feels overwhelmed. And make mistakes. Most of those mistakes are forced by the great team work of Athletic and the devilish speed of Iñaki Williams, protagonist of the offensive game of his team, although tonight he went almost unnoticed. The vermilion defense worked piece by piece to contain the careers of the "panther of San Mamés" and did it rightly.

The game went to rest with two opportunities for Mallorca to open the scoring.

Salva Sevilla tried with a free kick that Unai Simón sent to the corner, and on the next play, Baba missed a header in the small area and with everything in his favor.

The two coaches Gaizka Garitano and Vicente Moreno moved the bench in the restart. In Athletic, Beñat Etxebarría replaced Unai López (min. 51) and Aritz Aduriz – with ovation included – Íñigo Cordoba, who had seen a yellow card shortly before.

Later (min. 62) the Japanese Takefusa Kubo entered by Dani Rodríguez, in the debut of the Japanese before his fans, and Abdón Prats, the author of the goal that certified the promotion to Primera, by Ante Budimir.

The game continued on the same course, with almost no frights in the two goals, when there was the play of former Madrid Aleix Febas, who left only Lake Junior with a spectacular heel. The Ivorian, however, failed to define the clearest occasion of the meeting. Athletic responded quickly (min. 61) with a shot by Raúl García ultimately cleared by Reina and Valjent.

The two teams searched hard for the goal in the final stretch. Mallorca had it with a ball to the club of Salva Sevilla and a penalty failed by Abdón Prats after a huge play by Kubo, which was shot down in the area by Yuri. Athletic also tried, with a shot from Larrazábal to the crossbar with the dying match, but the game was about to change sign with a few minutes of infarction.

Reina stopped a penalty against Aduriz (min. 95) after the referee reviewed some images of Baba touching the ball with his hands, and over time he had already annulled a goal to Mallorcanista Alex Alegría.

Incidents: Match of the fourth day of the Santander League played at the Son Moix stadium before 16,519 spectators, about two hundred of them Athletic fans. A minute of silence was kept in memory of Guillem Febrer, former goal of Mallorca in the first ascent in 1960. The Balearic entity handed a shirt with the number 21 to his former footballer Aritz Aduriz on the occasion of his farewell to football this season. The coach of the Spanish soccer team, Robert Moreno, attended the meeting

Athletic: Iigo Martnez: “The illusion is to win the Cup, ride the Gabarra and without brakes to La Concha”