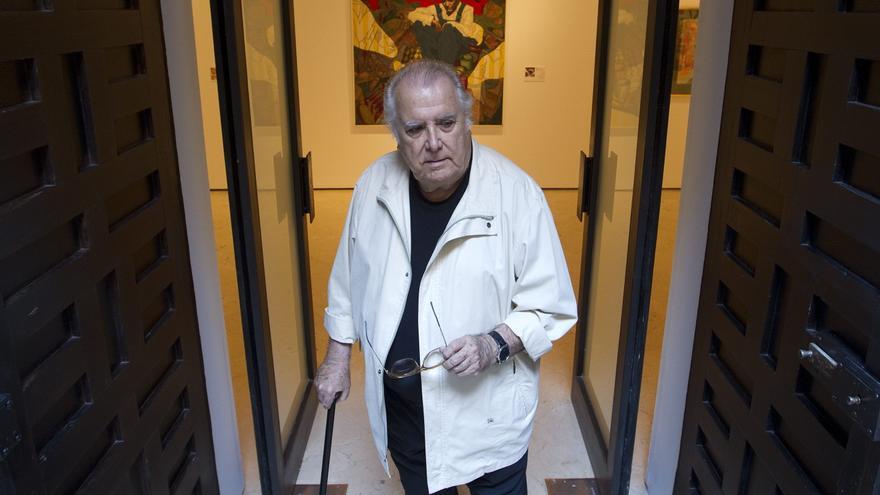 Malaga, May 31 (EFE) .- The painter Eugenio Chicano, who died in November 2019 and the first director of the Picasso Foundation, receives a tribute in his native Malaga with a temporary exhibition hall that will bear his name, as well as an exhibition that will feature 52 works by the artist and a recreation of his studio.

The Minister of the Presidency, Public Administrations and Interior of the Junta de Andalucía, Elías Bendodo, who has been accompanied by other representatives of institutions, as well as the painter’s wife, has pointed out that culture “used to represent an expense” and, to the current Andalusian government is an “investment” of “present and future” to “cultivate future generations”.

Bendodo has stated that culture must be “vindicated” as a “safe space” and as an “engine” of job creation and has highlighted the figure of Eugenio Chicano, of whom he affirms that he was very similar to Malaga, for his ” Picassian devotion ”, his“ open vision ”and the mixture of“ the popular and the modern ”.

Eugenio Chicano, who will have his exhibition at the Museum of Malaga, was an “artist and cultural exponent” of Malaga and today he receives “a well-deserved tribute,” highlighted the President of the Presidency, adding that on this day “he would feel especially happy ”And there is no better way than to“ honor ”him than to give his name to this space.

On the other hand, Bendodo has ensured that the Andalusian government has “two priorities”, among which is the recovery of lost employment and mass vaccination of the population, “lever for economic reactivation” and to “recover the life that everyone we wish in which culture occupies a primordial position ”.

The Councilor for Culture and Historical Heritage of the Junta, Patricia del Pozo, has stated that “more than 173,000 euros” have been invested for the exhibition and the temporary exhibition hall that will bear her name and has highlighted the regional government’s commitment to the culture as a “sign of identity” and “pillar of wealth”.

Del Pozo has insisted that it is a “well deserved tribute” in a space of 560 square meters and has defined Chicano, who defined himself as an “Andalusian pop painter”, as a “teacher committed to the arts and culture”.

The painter’s wife, Mariluz Reguero, has expressed, moved, that this exhibition is an “intense, vital and beautiful” journey through the painting of Eugenio Chicano, which she has defined as the “living history” of art from the second half of the century XX and adds that “the teacher has not died, because he is alive in each painting.” EFE