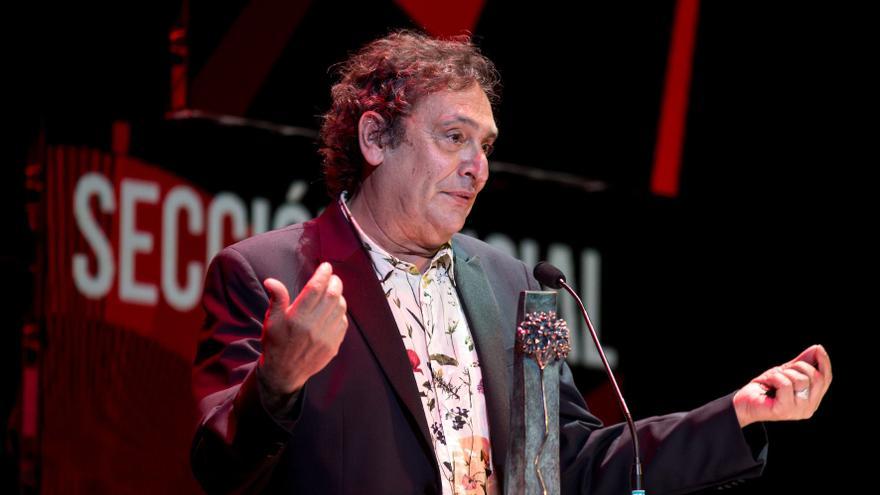 Malaga, Jun 12 (EFE) .- For the second consecutive year, the Malaga Film Festival has managed to make the cinema beat the pandemic, and in this edition that victory has been written with the "V" for Villaronga, the absolute winner of his record by achieving with "El belly del mar" six Biznagas, among them the best Spanish film and the best director.

At the closing gala held this Saturday at the Cervantes Theater, Agustí Villaronga has had to go up on several occasions to receive his awards, the last of them, the Golden Biznaga for the best Spanish feature film, from the hands of Antonio Banderas, honorary president of the Malaga Festival.

Villaronga has confessed that, at 68, he felt "surrounded by people who start at the Malaga Festival", and when he was filming "The Belly of the Sea" he had the feeling that it was "like a first movie".

He described what happened this Saturday as "an immense gift", after having adapted for the cinema a "wonderful text" by the Italian writer Alessandro Baricco.

"I was moved by the poetry with which he dealt with a very hard subject like a shipwreck, which is reminiscent of what is happening now," said a Villaronga who has asked everyone to "have more humanity and put ourselves more in the situation of others" .

One of the protagonists of his film is Roger Casamajor, best actor at this Festival, who, upon collecting his Silver Biznaga, thanked Villaronga "for his courage in making these films and for continuing to make them".

"Twenty years ago, Agustí gave me the first opportunity in the cinema," recalled Casamajor, who has dedicated his award "to all the people forced to cross the sea to seek a better life."

Also for the Villaronga film, Blai Tòmas -winner together with Josep María Civit- has collected his award for best photography, which in this case has dedicated it to "the inconsolable of all shipwrecks and those who rest in the belly of the sea" .

Marcús JGR, winner of the best music award for his work on the winning film, recalled that "today, the sea continues to swallow many lives".

Alfredo Castro himself, best supporting actor at the Festival for "Karnawal", has had one of the most political speeches of the night by dedicating the award "to the newly elected joint constituent assembly that will write the new Constitution" in Chile.

"It will recognize the native peoples for the first time. I want to say that Pinochet has died," Castro has proclaimed.

The jury's special prize has gone to "Brave Flash", by Ainhoa ​​Rodríguez from Extremadura, who has shown on the screen "the story of a peasant town that dreams" and thanked its actors, "because they never were" , and especially his "brave women".

The Venezuelan Claudia Pinto, who with her film "The consequences" has won the critics award, has said that she likes "the cinema of imperfect human beings, as we all are, but that speaks from the heart."

The young María Romanillos, best supporting actress for her work in "The Consequences", thanked Claudia Pinto for the "incredible opportunity" she has given her and has dedicated the award to her fellow cast members, who have taught her "a lot of generosity ".

With the audience award, "Chavalas", the first film by Carol Rodríguez Colás, has been distinguished, who has given it "to all the girls who live on the outskirts of big cities" and who have a double "glass roof, for being women and for being from the working class. "

The gala conducted by Santiago Segura has concluded with the traditional family photo of the winners, which due to keeping the distances could not be done on stage, where the image that had been captured earlier on the steps of the Gran has been projected. Hotel Miramar.

At the end of this edition in which Malaga has once again embraced Spain and Latin America through its cinema, a new date is already marked on the calendar: March 18, 2022, when the Spanish Film Festival will inaugurate its 25th edition. Jose Luis Picón