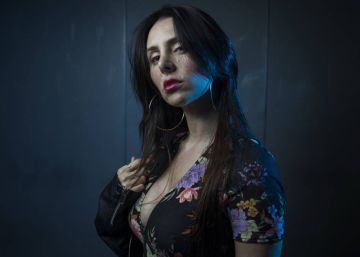 María Rodríguez Garrido, artistically known as Mala Rodríguez, He has won the National Prize for Current Music for 2019, as reported by the Ministry of Culture and Sports, which annually awards the award. The creator is recognized “for being a pioneer of a style such as urban music that, since its appearance two decades ago, has become essential in the field of popular music. His appearance was a break both for his music, as for his attitude and lyrics, in a world dominated by men. It is a source of inspiration for artists of successive generations and throughout his career he has taken rap and urban music from our country all over the world, especially to the American continent ", according to the jury's decision. This adds to a list that includes artists such as Kiko Veneno, Joan Manuel Serrat or Amaral. The recognition is endowed with 30,000 euros.

The creator, who was born in Jerez de la Frontera 40 years ago as a gypsy father and a Dominican mother, moved with her family to Seville from a young age. There "began to forge his interest in the R'n'b, the disciplines linked to soul, he blues and the hip hop", according to a ministry statement. In 1999, he debuted as La Mala, with Take the traca Y Jierro. His first album, Iberian Luxury, It went on sale just a year later, when she was only 21.

Shortly before, he had changed his stage name: it was already Mala Rodríguez. "He released his subject I mark the minute, his verses begin flooding the urban scene and sounding in the streets, leading the female representation in rap and breaking into a world of men where no woman had triumphed until then, "recalls the ministry document, which celebrates its"hip hop flattened with broken voice. "In 2003, he released his second album, Alevosia, while one of his best known singles, The girl. Perhaps even more successful was At night, a theme that triumphed both in Spain and across the ocean, edited in 2006.

"A year later his third album goes on sale Malamarism, the most complete work of the artist until then and with which she receives the highest national and international awards. With this work Mala Rodríguez wins the MTV Latin America award for the best artist Promesa of the year. She was also nominated for the Latin Grammy for Best Urban Music Album and for the MTV Europe Music Awards as Best Spanish Artist. And, in 2008, he won the Music Prize in the category of Hip Hop Album, "compiles the text of the Ministry of Culture. He has also collaborated, throughout his career, with artists such as Alejandro Sanz, Nelly Furtado, El Guincho and Juan Magán.

His fifth album, Witch, It went on sale in 2013 and earned the Latin Grammy for Best Urban Album. Since then, Mala Rodríguez spent almost five years away from the spotlights, until he returned in 2018 with two singles: Gypsies Y With you. "I got pregnant and everything changed," he told this newspaper last year about a phase in which he did not feel like composing or suffering the media exposure. "I just wanted to eat donuts, ice cream, donuts … live my wonderful pregnancy," he added. However, they said that when he saw his girl in his arms, he was inspired: "I think having that responsibility, having the purest thing in the universe with me has contributed a lot to my work."

Helen Mirren: “I was not a victim of misogyny, but of ignorance” | Culture