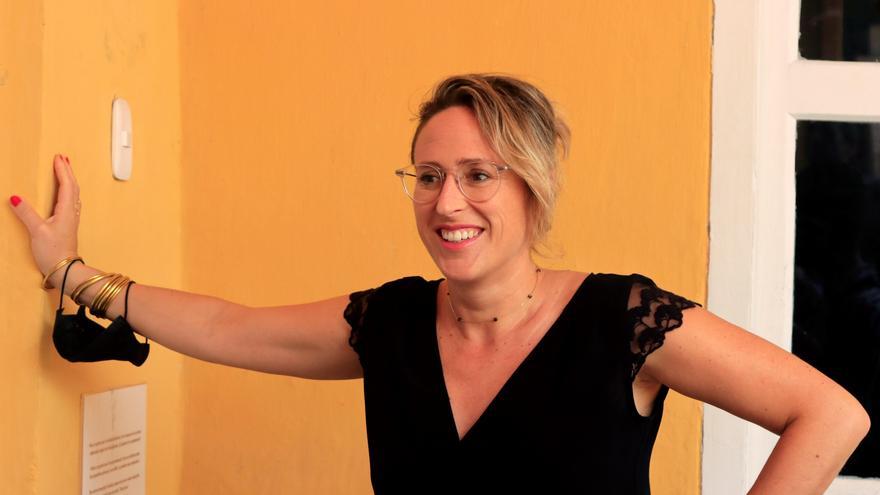 Cartagena (Colombia), Sep 20 (EFE) .- French director Charlène Favier assured this Monday that despite the fact that important advances in gender equality have been achieved in the world, “cinema continues to be a more difficult field for women than for man “.

“In France there are many women filmmakers and we talk to each other a lot. Always one of the recurring themes is that women’s salaries are lower than those of men,” she says during an interview with Efe Favier, which presents “Slalom”. his first feature film, at the Cartagena de Indias International Film Festival (Ficci).

The director affirms that “production companies finance fewer films made by women than men and when they finance them, they are usually films with lower budgets than those directed by men, which makes it very difficult to make good films.”

“They hinder us from the beginning to the end,” he adds.

The French filmmaker is the first international guest to attend this Ficci 2021 in person, which due to the pandemic has been called Interruptus.

The Ficci format, which gathered movie lovers for a whole week around the movie theaters of Cartagena de Indias, had to be adapted to the health requirements imposed by the pandemic, so this year it will be performed on stages outdoors with a monthly delivery that coincides with the full moons of each month.

The script for “Slalom”, the film that the director presents today in this installment of Ficci and which tells the story of a teenage skier who is sexually harassed and forced by her coach, was written “practically alone”.

Favier says that in 2014 he began writing about mountains and skiing in his home region of France. “It took me between a year and a year and a half to realize that what I was really writing about was sexual abuse and violence in this sport.”

Although she emphasizes that the film is a fiction, she confesses that “it is based on experiences she has had in another sport.

“The harassment and sexual violence were flowing when I was writing the script, it was like a kind of therapy,” he adds.

Likewise, Favier says that the #MeToo movement, which emerged in October 2017 to denounce sexual assault and harassment, empowers her and gives a boost to her film, which at that time had a very low budget for its production.

“This was like a wave that hit me, it gave me a lot of strength to continue telling the story,” he says.

The film has been well received by critics in France, the United States, England, Sweden, Norway and Denmark, to the point that in these last three countries it is screened in schools so that young people become aware of this problem. .

Although the film can be seen in Spain on October 3 at the Ohlalà! Barcelona Francophone Film Festival, in this country as well as in Germany and Italy, the film could not be sold.

“They are countries that still have a very closed mind,” he says.

The next feature by the French director again addresses a social issue but this time it is inspired by the suicide of one of the women who was part of the Femen feminist movement.

At the same time he writes a script for a television series that will have a police plot.