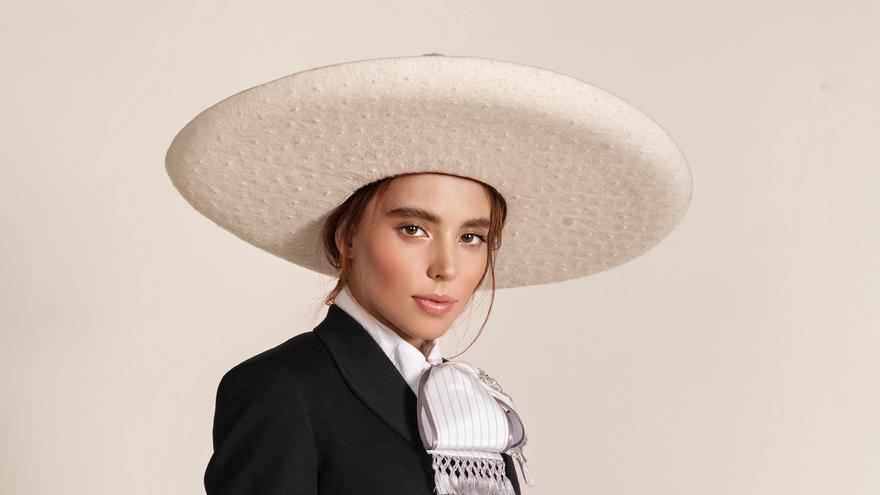 Mexico City, Jul 23 (EFE) .- For not wanting to do the same as her whole family did, the Mexican Majo Aguilar dedicated herself for a long time to singing music far from her roots. Finally they say that blood calls and now Flor Silvestre’s granddaughter is taking hold of the ranchero genre.

“I didn’t encourage myself to release a ranchera music album because I didn’t want them to think that I was doing it just because my family does. In the end I said well, I can’t help but like it and get passionate about it and I’m not going to deprive myself of something like that. for a thought that I alone imposed on myself, “Majo tells this Friday in an interview with Efe.

The first works that framed Majo’s professional career (Mexico City, 1994) were focused on ballads and cumbias, and he experimented a bit with Mexican music, taking it out of its traditional sound.

However, coming from such an important family in the genre, with exponents such as her grandparents Flor Silvestre, Antonio Aguilar and her uncle Pepe Aguilar, made her want to start her way in other directions.

“I knew since I was a child that I was going to sing, the music chose me. My mother says that I started talking and babbling and all the time I was humming, it’s something I already knew,” confesses Majo.

Added to this innate desire was the image of grandmother Flor – who passed away in 2020 – one of her greatest inspirations to be an artist, who despite not seeing her dedicate herself to the genre that she popularized in the golden film era, was closely in their training.

“When I started making music at 16 I formed my rock band, I doubted teaching my grandmother my album because I didn’t know what she was going to think and I will never forget that when I taught her the first song, it was quite heavy She told me: ‘Do you need to shout, no? If you’re going to scream, shout well’, she was an artist, “recalls the 27-year-old.

However, women like Fiona Apple, Ely Guerra, Tori Amos and Björk also frame her musical universe and have nurtured and encouraged her to seek to convey a deeper message in her songs. “I have always been strongly inspired by voices,” he says.

Majo chose the theme “I am not going to cry” to inaugurate the new musical stage that he is exploring, shortly afterwards he showed “Me vale”, a song in which he portrays the strength and feminine power of leaving behind the things that he does not want in his life.

“It is a subject that speaks of when you are fed up with a person and you manage to take the step and move forward. It is not a ‘me good’ as a subject of reproach or anger, but of something that you no longer care,” he explains.

The album will have 12 songs that were chosen from 80 songs, it will be released in its entirety in the month of November and every three weeks the singer will show a new song.

“The album has everything, we choose songs for everyone, for those who are happy or angry, for everyone there is,” says the singer.

Unlike his previous production in which he composed each of the songs, on this album Majo was only the composer of one song and he hopes that little by little more of his authorship will be, as he ensures that it is a very important part for her.

Majo is the cousin of the young singer Ángela Aguilar, daughter of Pepe Aguilar, and together they have shown that the talent of the Aguilar dynasty persists.

“We are girls who are taking up a wonderful tradition, which is very ours and if we can make more girls say, I also want to be there, it would be incredible,” he says.

Something that the young woman highlights is that now the role of women in this music is much more powerful and stronger than in the past.

“For a long time men were very present and I think that women are going to have a very fatherly place and with a different discourse of power and liberation,” says the singer.

Regarding the rumors that have spread on social networks of an alleged rivalry between Majo and his cousins, Majo clarifies that they are a lie and expresses how much they love each other.

“I have pure love for both Angela and Leonardo and I am very pleased with their triumphs, I celebrate them, I love them and we are all living a very special professional moment,” he concludes.