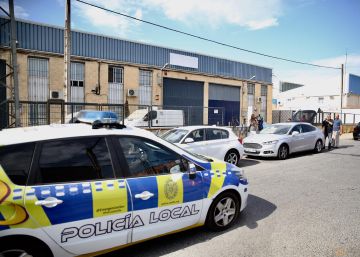 In addition to the products marketed under the brand La Mechá, Magrudis, the causative company of the largest outbreak of listeriosis in Spain, It also distributed 50 other pre-prepared articles, of which it had not informed the Administrations or were at its headquarters in the El Pino estate, in Seville. This has been confirmed by the City Council of the Andalusian capital in the meat research process. It is unknown if Magrudis produces them directly, if he acts as an intermediary or where he stores them. There is also no indication that they may be contaminated by listeria.

During a visit to one of the Magrudis client establishments, the owner told the inspectors that in addition to meat, the company supplied other types of products and he showed them a list that contained an offer of about 50 pre-elaborated products, such as croquettes, flamingos … These are foods that are not known to be manufactured directly by the meat and of which no trace has been found in its facilities on the outskirts of Seville. The owners have not communicated this second line of activity, which has nothing to do with the rest of elaborated products of La Mechá that do appear on their website and on which yesterday the health alert was extended again.

Last night the Board announced that it had extended the alert to “at least two” new Magrudis products that did not show that they were being marketed: chorizo ​​and spicy sausage. However, the Administration I had verified since last August 20 that Magrudis He announced these products on his website, through a letter signed by the Director General of Public Health and Pharmaceutical Organization. This list also included the loin with paprika, loin with sherry, white and red loin zurrapa and Iberian loin zurrapa, color butter, pringá, cream of meatloaf and Andalusian pork rinds and it was recommended that the health alert be extended to all they have been "produced in the same facilities and with the same environmental conditions" as contaminated meat. The Board expanded it for all but for the sausages on day 21. The two loins were positive in listeria.

This morning the Minister of the Presidency, Elías Bendodo, said that the City Council had hidden from the Board the entire list of Magrudis products and that the Andalusian Government had only been aware of the existence of the sausages on Wednesday.

The concealment of the second parallel distribution line is not the only one on which the company has not been clear, since on the 14th the inspectors of the administration presented themselves at their headquarters to immobilize their meatloaf and inform them that it was contaminated with listeria. When the owners were asked if they made sausage, having found capoladoras, machines to manufacture this product, at their headquarters in Seville, they denied it, according to the City Council. On Wednesday, the researchers found the return of that type of product on the delivery note, in addition to black pudding. Until that time the investigators had not found remains of sausage or blood sausage in the ships of Magrudis. When they were ordered to take samples of their products on the 20th, the only thing that was not was sausage and blood sausage.

The City Council wonders if these articles may have been produced in a place other than the headquarters of Magrudis in El Pino. Due to this circumstance and due to the doubts raised by the second parallel distribution line of the company, they are going to ask the Prosecutor to investigate, in the brief they are preparing against the meat.

The irregularities surrounding Magrudis do not end here. According to the investigation being carried out by the City Council and which has been reported to the Junta de Andalucía, the Magrudis company registered in the General Sanitary Registry of food and food companies of the Junta de Andalucía in the year 2015 without having the corresponding and necessary documentation by the session, lacking at that time the activity license in accordance with the information collected so far. It has also been found that until December 2018, the company did not submit a statement in the City Environmental Protection service responsible for the start of activity. The services have detected that the technical characteristics of the company and its activity do not correspond to the responsible statement presented on that date.

The Board has also confirmed that in July of this year Magrudis carried out some expansion works that required prior authorization, but of those reported on July 31 when it had already started production. If the works had been notified in accordance with the regulations, the administration should have visited the facilities and reviewed that it complied with the self-control plans that guarantee that its products arrive in perfect condition to the market.