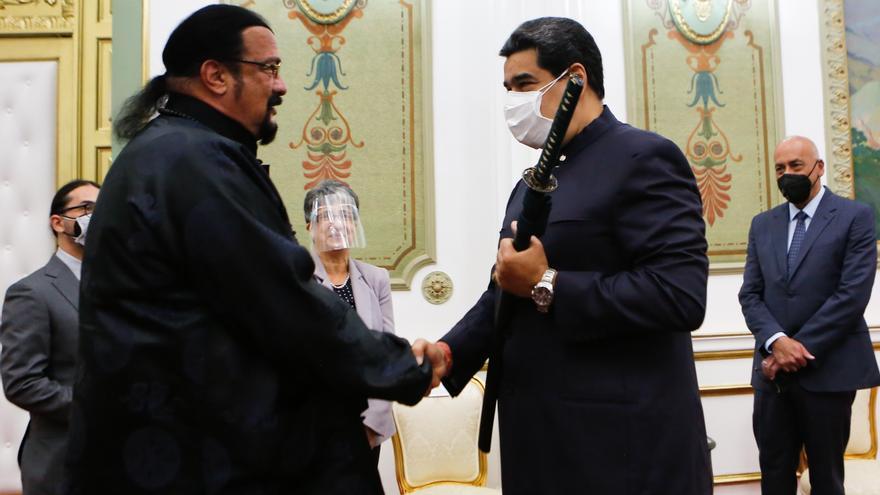 Caracas, May 4 (EFE) .- The president of Venezuela, Nicolás Maduro, maneuvered this Tuesday the samurai sword that the American actor Steven Seagal gave him, whom he received in the presidential palace of Miraflores in Caracas as a special representative of the Ministry of Foreign Affairs From Russia.

Before the cameras of the state channel VTV, the president drew the sword with the help of Seagal and immediately began to maneuver it, and then extended a hug to the actor, whom he received with great joy.

There were no statements from the meeting, in which the first lady, Cilia Flores, the president of Parliament, the Chavista Jorge Rodríguez and the Minister of Communication, Freddy Ñáñez, also participated.

Maduro has received in his office different representatives of the artistic world, such as the Mexican singer Juan Gabriel in 2013 or the Brazilian Beth Carvalho in 2014.

Steven Segal has become a controversial figure after being mentioned in alleged cases of sexual harassment in the world of cinema, the great admiration he professes for the President of Russia, Vladimir Putin, whose nationality he has acquired, and his participation in volunteer groups armed forces that guard the border with Mexico to combat clandestine immigration.