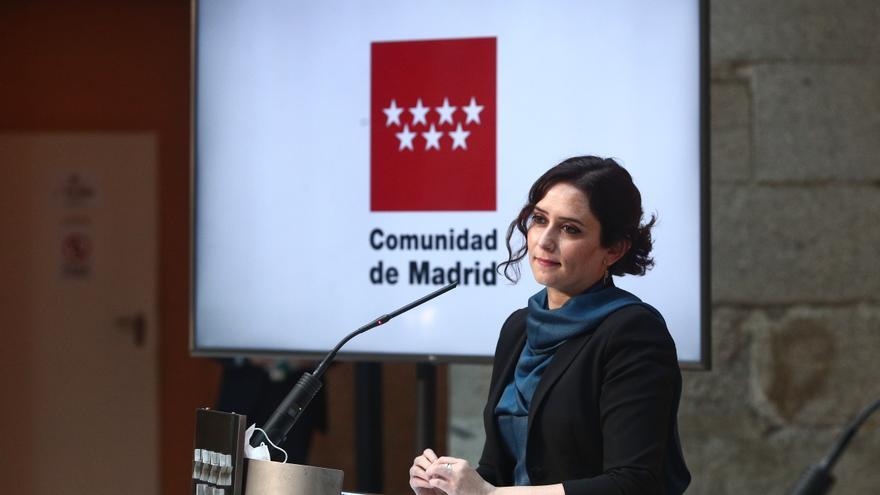 The Community of Madrid chaired by Isabel Díaz Ayuso has published this Tuesday in its official bulletin (BOCM) the exception so that cultural activity can close its establishments after 9 pm – the Ministry of Health had set that time for the closing of all shops including the hospitality industry. The regional government does not set a deadline for cultural activities, but the criterion is that the curfew set at 22 hours can be respected.

“The scheduled activity of cinemas, theaters, auditoriums, tent circuses, multipurpose multipurpose rooms and similar spaces” that has started “before 9:00 pm” may conclude “after it, provided that it allows compliance with the beginning time of the limitation of the freedom of movement of people at night “, picks up the order published this Tuesday.

The delegate of Culture, Tourism and Sports of the Madrid City Council, Andrea Levy, had asked the regional government this Saturday for this possibility. “Exception” to the cultural activity of the closure at 9:00 p.m. “Within this new package of measures of the Community of Madrid that have had the purpose of restricting the activity of certain businesses, as well as a new curfew, we want to ask the Community of Madrid to take into account cultural activity as a exception within the activities to which it imposes the closure at nine o’clock at night, “said the mayor of the PP.

“For many cultural shows, theater, cinema, dance, concerts, the activity does not stop at nine in the evening but can go on a little beyond nine; we are talking about nine thirty, ten, and, for that reason We would like from the Madrid City Council to request this exception to cultural activity, “added Levy, whose proposal was collected this Tuesday by the Ministry of Health, setting the exception.

Cultural activities is not the last exception included in the decree to stop the spread of the virus. The Official Gazette of the Community of Madrid published this Saturday the document with the new restrictions, among which stand out the prohibition of meetings of people who are not cohabitants in the homes, in addition to advancing the curfew from 23 to 22 hours , the maximum allowed by the current state of alarm. People who live alone are excepted from the limitation to meet in homes, who may be part of a single extended coexistence unit. Each living unit can only integrate a single person who lives alone.