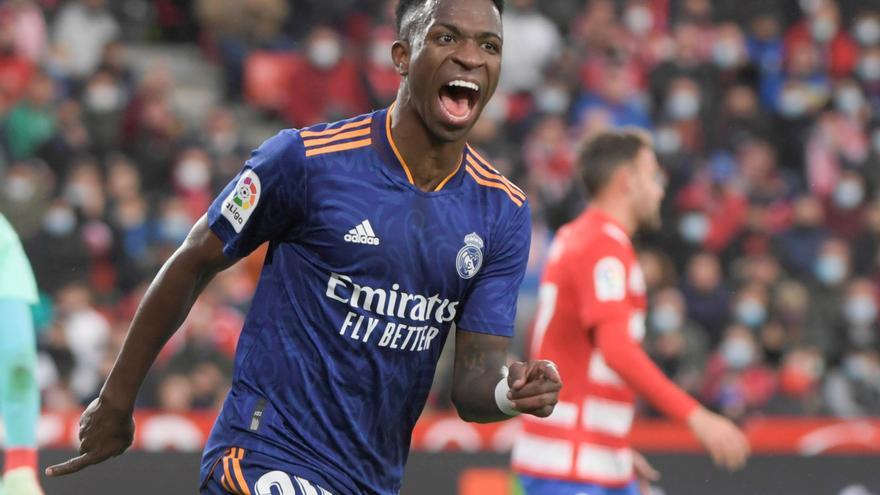 Become a Madrid benchmark thanks to his actions, in the middle of the debate on the protection of a different player who ensures the show with his football and is harshly stopped, the Brazilian Vinicius Junior emerges as the leader of a Real Madrid what is he looking for mathematical pass to the knockout stages of the Champions League in Transnistria, the land of never again, where the Sheriff who stormed the Santiago Bernabéu resides.

It was one of the great surprises in the history of the Champions League. When the football of the most important competition in the world returned 579 days later to the Santiago Bernabéu, a newcomer in the competition such as Sheriff Tiraspol he signed the greatest feat in his history with a goal from Sébastien Thill in the 90th minute (1-2).

That defeat, the first for the Italian coach Carlo Ancelotti since his return to the white club, it was a lesson. Real Madrid showed defensive deficiencies and an alarming lack of punch, with 31 shots to achieve a single penalty goal. Your reliability as a visitor, as in LaLiga Santander, With wins against Inter Milan (0-1) and Shakhtar (0-5), they corrected his strange insecurity in his fiefdom to leave him with the possibility of sealing his pass to the second round if he consummates the rematch with the Sheriff.

Vinícius arrives at the appointment, author of ten goals and seven assists this course that make him the footballer of the moment. Responding to Ancelotti’s confidence with a starring role, always contributing something different to Real Madrid’s game and with a close partner, the French Karim Benzema, who exercises the leading scorer and has scored in the last three days of the Champions League.

Without Gareth Bale or Dani Ceballos. Still unable to recover Fede Valverde or Eden Hazard after a gastroenteritis, Despite the busy schedule, no changes are expected from Ancelotti in his starting team beyond the return to the center of Militao’s defense, after the break he received in Granada. The Italian coach announced that the trident will be completed by Brazilian Rodrygo Goes, already recovered from his injury and with his ever-present love affair with the ‘Champions’, to the detriment of Marco Asensio, who responded with a goal to two consecutive starts.

If Real Madrid wants to consolidate its leadership, the Sheriff he also knows that he is before a historic opportunity to reach the knockout stages of the Champions League. In Tiráspol, fans call it “the game of the century” of Moldovan football. A game of this caliber has never been seen in this part of the world.

After losing their two duels with Inter Milan, the team from the capital of Transnistria, Tiráspol, has 6 units and needs to score if they do not want to settle for the Europa League in February. Since he won in Madrid, he has steadily climbed positions in the Moldovan league, in which he is already second, one point behind the leader Petrocub, but with three games less.

Their coach, the Ukrainian Yuri Vernidub, a true hero in Transnistria, has decided to garrison his players. No interviews or training until the eve of the duel. They arrived very punished to the matches with the Italian teamor. The two weeks of the picks window came at just the right time.

Vernidub is a man of fixed ideas. His Praetorian Guard is ten players. The Greek goalkeeper Athanasiadis is life insurance. The central couple, the Peruvian Dulanto and the Colombian Arboleta, are also a guarantee. The Brazilian Cristiano has been a real discovery on the left wing. The ‘three tenors’ from the Madrid midfield who arrive for an exhibition in Granada, They will meet the Luxembourgish Sebastien Thil, who has already scored in Madrid and Milan, and the Ghanaian Addo, who complement each other perfectly. Colombian Frank Castañeda is always looking for Traore, a fixture at the leading edge.

The only doubt lies in the second striker. Uzbek Yakhshiboev starts with an advantage, but has not seen a goal in recent games. On Saturday against Floresti (1-3), bottom of the Moldovan league, the starter was the Brazilian Bruno. In Milan the Brazilian started, at home the Uzbek. In the league they have also alternated. The third way would be the Ghanaian Khalid, who has scored in the last four league games.

The pandemic has reduced the capacity of the Stadionul de Tiráspol by half, so that some 6,500 people will attend a historic meeting.