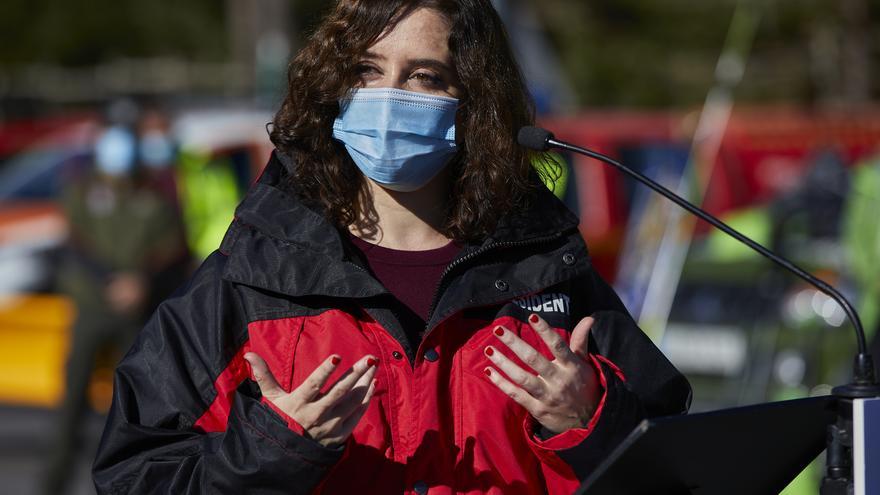 The Community of Madrid has proposed to the Ministry of Health to raise to 10 the maximum number of people who can meet during Christmas. It is also committed to extending the curfew to 1.30 am on Christmas Eve and New Year’s Eve. The measures on family reunions would be applied on December 24, 25 and 31 and January 1 and 6.

According to the summary of the main measures of the General Directorate of Public Health of the Community of Madrid against Covid-19 for the celebration of the Christmas holidays, to which elDiario.es has had access, “it is recommended to limit family and social gatherings to a maximum of three groups of cohabitants without exceeding a maximum of 10 people for December 24, 25 and 31 and January 1 and 6 “.

The Ministry of Health also specifies that in the meetings –the non-family ones– the maximum number of six people would be kept, “always maintaining prevention measures.” For the curfew, the proposal of the Community of Madrid contemplates that Christmas Eve and New Year’s Eve “will extend the schedule, limiting night mobility from 1.30 to 6.00” hours.

The central government has proposed limiting family and social gatherings held during the Christmas holidays to six people and limiting mobility between 1 a.m. and 6 a.m. on December 24 and 31, Christmas Eve and New Year’s Eve, respectively. Health Minister Salvador Illa pointed out that the restrictions are not yet “final”, since work is still being done with the autonomous communities on the final document of measures.

In relation to social and health centers, the Community of Madrid plans to allow residents to leave to spend holidays with their families at Christmas. “Those residents with positive IgG in the last six months or positive PCR in the last three months will be able to leave both when leaving the center and when entering,” establishes the proposal. On the other hand, those who present negative IgG and have not passed the disease, upon return to the socio-sanitary center must remain in isolation and a diagnostic test will be performed.