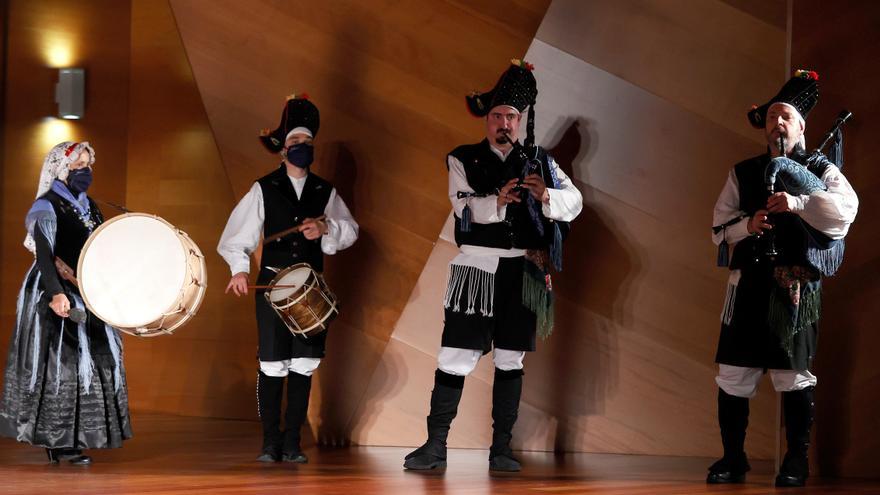 Madrid, Jun 20 (EFE) .- The Madrid City Council will celebrate in the coming days the first Xacobeo Week 21-22 in the capital, a program of cultural and gastronomic activities that aims to publicize the Holy Year and "narrow ties "between the Madrid region and Galicia.

The event was presented this Sunday at the Palacio de Cibeles, seat of the City Council, by the vice president of the Xunta de Galicia, Alfonso Rueda, and the mayor of Madrid, José Luis Martínez-Almeida, who has indicated that this Jacobean week will be " the necessary prologue to that invasion of 'madrigallegos' that will take place this summer on the Camino de Santiago ".

The program begins today, at 9:00 p.m., in the Plaza de Colón with a festival of bagpipe bands and folk groups of associations and Galician centers in Madrid, and will also be screened in the same square, on the Monument to Discovery, the visual show 'Luz del Xacobeo' that shows various magical enclaves on the Camino de Santiago.

Almeida stressed that Madrid is "the first community to send pilgrims to Santiago", and has encouraged that in this Xacobeo "millions of people travel through the different roads" that lead to the Galician capital.

For his part, Rueda has indicated that "the Xacobeo begins, now it really does", when "we already began to see the light at the end of the tunnel" after the first half of the year "which has been as difficult as it has been. life for all these months. "

The Galician vice-president has indicated that yesterday 720 pilgrims arrived in Santiago, a figure "that is not bad at all" and that augurs "a success for Galicia" in what remains of Xacobeo, and has encouraged the people of Madrid to travel to the region.

The visual show 'Luz del Xacobeo', which will be screened today and tomorrow from 10:00 pm to midnight in the Plaza de Colón, is a 'videomapping' that represents "the light of Galicia at different times of the day on emblematic enclaves of the Camino de Santiago ", as indicated by the City Council in a note.

In addition, between June 21 and 23, a Xacobeo film series will be held at the Galician Center in Madrid.

On June 24, a floral offering will be made to Emilia Pardo Bazán at the Concepción church in Madrid, where she is buried, and the next day the book 'Temperando: la gaita gallega y su mundo' will be presented at the Galician Center.

Finally, from yesterday until June 29, the Xacobeo Madrid Gastronomic Week is held, with the participation of more than 20 restaurants and closed menus at special prices.

Madrid will host a second Week dedicated to the Xacobeo in autumn.

The Jacobean year is celebrated 14 times every century. This Holy Year will be double and will end on December 31, 2022 to avoid crowds due to the pandemic, which is why the saint will not be able to be embraced.