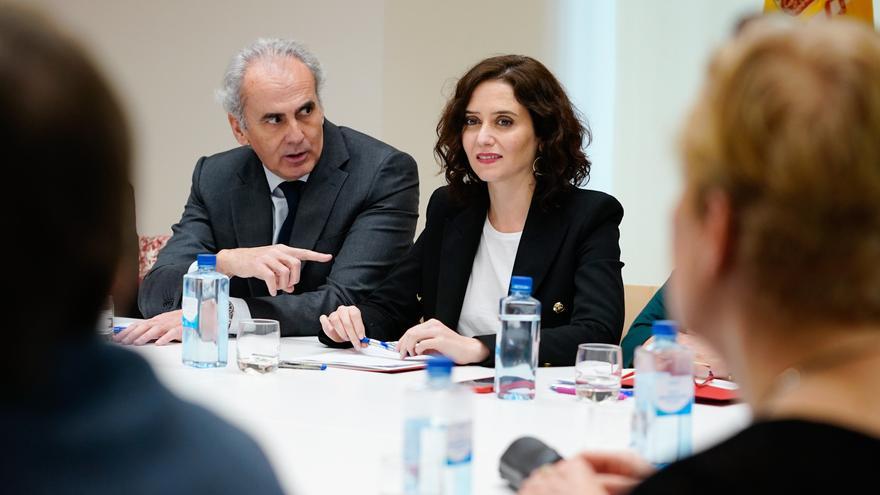 The Community of Madrid is studying the implementation of a curfew in the region similar to that of France starting on Saturday when the state of alarm declines. This has been advanced by the Minister of Health, Enrique Ruiz Escudero, in an informative breakfast of Europa Press. Escudero has assured that it is a measure proposed this Monday by the health professional associations in the meeting they held with the counselor and the regional president, Isabel Díaz Ayuso.

However, the Minister of Health has explained that the Community does not have the powers to implement it and that they would need the support of the Government to do so. "It is a question of restricting mobility at certain times", defended the counselor. "For that, you have to have legal coverage that the autonomous community does not have, it would have to be a decision of the Government of Spain. It is a decision that we would not see badly either," he explained.

Escudero has revealed that they have spoken about it "internally" but not yet with their counterparts from other autonomies. The counselor has defended the measures of the regional government to restrict mobility by health areas with the highest incidence and has charged against the measures of the Ministry of Health. The counselor has advanced that they will maintain their position so that the new measures after the state of alarm subsides the idea of ​​basic health zones.

The head of Health is not in favor of the stoppage of between 14 and 21 days proposed by the regional vice president, Ignacio Aguado. In his opinion, the current model in the Community of Madrid for basic health areas "is working" and would cause the most vulnerable economy "not to rise." "You have to find that point of balance, between controlling the infections and, above all, not stopping life so drastically. Without triumphalism, the trend is now downward," he celebrated.

"What we want is that the transmission of the virus does not occur, but the decisions we have made have always been endorsed by the technicians. The measures we have taken for five weeks are working and I believe that we must continue with it. The pandemic has a behavior that we have to assess every day and, from there, make decisions. There are two months until Christmas and this model is working. That approach would not do it, "he defended.