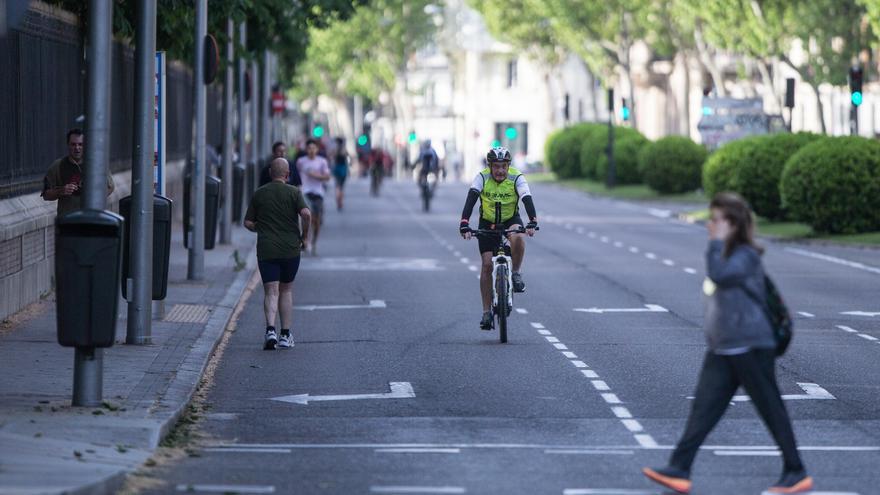 For months, many scientific voices have been warning that the main cause of transmission of the coronavirus is aerosols suspended in the air. As early as July, 239 scientists from 32 countries asked the WHO to reconsider its recommendations and take this route of contagion into account. Many cities around the world have been adopting measures to bring all kinds of activities to the street avoiding, as far as possible, the use of interiors.

The countries that have had the most success in fighting the pandemic have been those that have taken these recommendations into account and, in addition, have built powerful tracking systems and have strengthened their health systems. In other words, governments that have defined their public policies based on scientific evidence – those that have put the criteria of professionals and scientists ahead, rather than partisan interests – have been successful.

At Más Madrid we have been fighting every day for many months to strengthen the health system, education and public transport and, of course, the hiring of trackers. We have also proposed actions and measures that take into account the transmission by aerosols and the need to make strong transformations in the public space.

All this work is embodied in our Madrid on the Street initiative, a proposal to work, together with the Government and the rest of the municipal groups, in forceful measures to transfer all kinds of activities to the street and green areas, avoiding, to the extent if possible, enclosed spaces. New York, with its Open Restaurants program; Bologna, with its #todoelmundomontaraenbici campaign; Paris, with free bike rental; Cardiff turning the Castle neighborhood into a great café; San Francisco, with the Shared Spaces initiative; Glasgow, through the Contemporary Art Route program… and many other cities are an example of this remodeling in order to gain ground against the virus and, unfortunately, they are months ahead of us.

Madrid must gain space for the car massively to expand pedestrian space and create 160 kilometers of bike lanes. In addition, we must use a part of this recovered space to take shops and hotels out onto the streets, with reasonable hours that allow the neighbors to rest, limiting the use of the interior of the establishments to a minimum and respecting the basic rules accessibility, as well as health and cleanliness.

The WHO and leading experts also tell us that we will continue to live with the pandemic for much of 2021. The virus and, therefore, the measures to prevent its spread by limiting social contacts will continue between us. We cannot just be thinking about ‘saving Christmas’ as it was shown that the idea of ​​’saving the summer season’ was a terrible mistake. This is going to take a long time.

It is ridiculous to continue installed, like Ayuso and Almeida, in a discourse that contrasts health and economy. An argument that neither the data nor the analyzes of international financial institutions, such as the IMF, endorse, which indicate how the greater the number of deaths from COVID-19 in a territory, the greater the fall in its indicators of economic activity or in the confidence of its consumers. Not taking measures to control contagions, with the excuse of not harming the economy, is the best recipe to sink our companies and the reputation of our city. The reality is that the best way to support our economy is to invest in effective testing and tracking systems, primary care and health personnel, as well as to make good public health recommendations to avoid contagion.

The good weather conditions in Madrid, compared to other cities in northern Europe or the US such as New York, which are much colder, favor the provision of municipal public spaces: especially green areas, sports facilities and open spaces, to remove the School and extracurricular activities outside the classroom, to facilitate the practice of sports activities and to promote all kinds of cultural activities. We must promote art and culture in all its extensions (exhibitions, photography, bookstores …) in the street. And neighborhood commerce and outdoor leisure, complying with the rules of distancing, preparing us for a time when life must go on while the virus is among us. And, of course, we must guarantee the opening of children’s outdoor play areas by following the necessary safety protocols.

The neighbors of Madrid have suffered firsthand the bad practice of the administrations since the beginning of the pandemic. We have served as a test bed for the implementation of a range of measures, which have only served to generate an unprecedented degree of confusion, uncertainty and mistrust among citizens. From Más Madrid we proposed in May some Cibeles Pacts that would serve to reunite and join forces with all municipal groups in the economic and social reactivation of our city. Today, we propose again an initiative that allows us to adapt our city to the pandemic months that, unfortunately, we still have ahead. We have time to accelerate the pace, take measures that follow scientific consensus and, now, replicate the good practices of the main cities around the world.