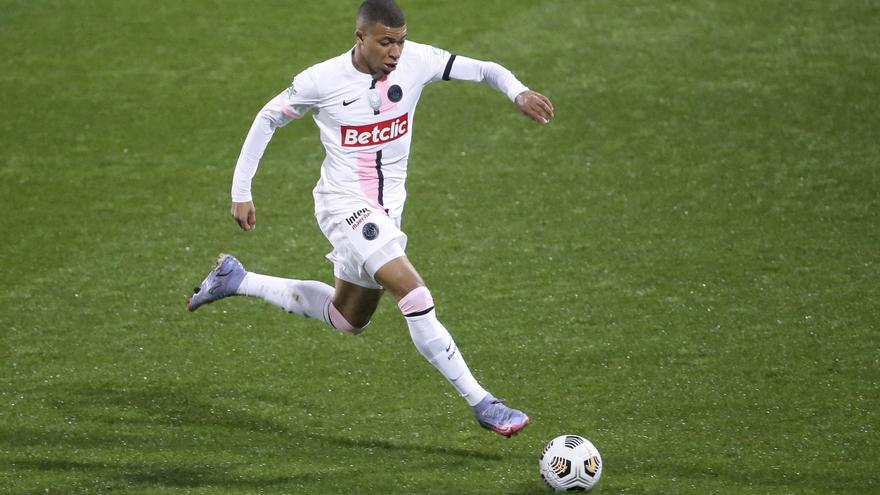 The Real Madrid has offered 50 million euros to Paris Saint Germain (PSG) by the French international striker Kylian Mbappé in this month of January, ensures the agent Giovanni branchini in an interview in the Gazzetta dello Sport collected by all the Italian sports media.

"It depends on PSG. These days, Real Madrid has returned to the charge to immediately have Mbappé and has offered 50 million euros. I don't know how this will end, "says Branchini, for whom" the initiative of Florentino Pérez it deserves attention, it is a message of stability for the system. "

In his opinion, "it is a shame for everyone that a player of this caliber leaves in the summer for free.. I don't know what they want to do in Paris. A hot summer is surely coming with Haaland, Harry Kane and Vlahovic on the guest list. There are few out-of-class vehicles out there, everyone will compete to make sure of it. "

Mbappé himself ruled out last week that he would go to the winter market at Real Madrid: "No, in January I will not go to Real Madrid. I am very happy, I will finish the season with PSG one hundred percent. I want to give everything to win a great title for the fans, I think I deserve it, to win something great with PSG, "he said in an interview with CNN.

Branchini also referred to the possible pass from Alvaro Morata from Juventus to Barcelona to rule it out. "From what I know, Álvaro will stay at Juve. (Memphis) Depay is not interested in the Bianconeri or Atlético and the player has taken note of it," he said.

Morata's relationship with the Juventine club remains intact because his desire to find stable accommodation away from Madrid was understandable, "but it is also true that Juventus cannot let him go without a replacement," he said.

Last Thursday sources from the operation involving Juventus, Atlético and Barcelona, ​​told Efe that the negotiations for the signing of Morata in the winter market were on the right track.