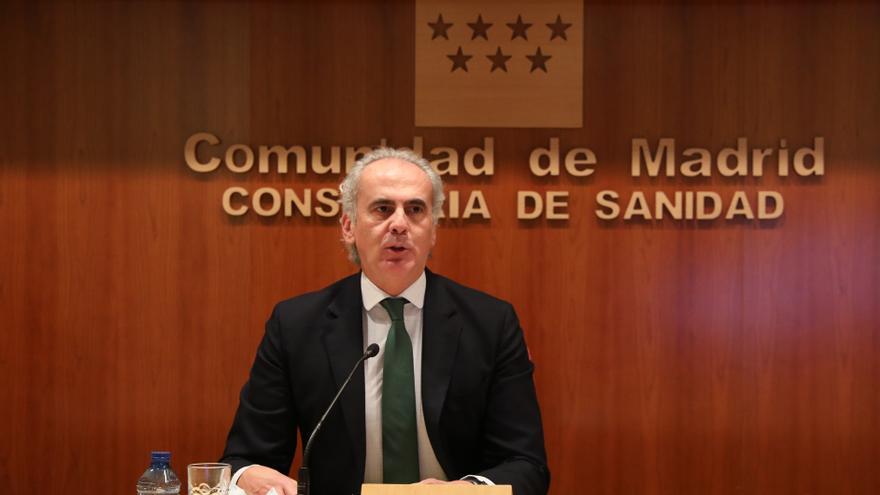 The Ministry of Health has reported this Friday that it lifts mobility restrictions in 13 basic health areas that are affected by perimeter closures and capacity limits as of Monday, while including a new one in the municipality of Móstoles. These areas have decreased their cumulative incidence by 50% compared to how they were when their confinement was decreed, as explained by the Director of Public Health, Elena Andradas. The regional government maintains the curfew from 00 hours to 6 hours.

On the other hand, the Ministry of Health adds to the mobility restrictions the basic health area of Barcelona, in Móstoles, from November 30 to December 13 included.

In the 18 areas that have or will have restrictions as of Monday, entry and exit will be restricted, although the movement of residents within these territorial areas will be allowed “always respecting individual and collective protection measures.” Citizens will also be able to leave the perimeter for trips that have a justification such as health care, fulfillment of work obligations, attendance at teaching and educational centers, return to habitual residence, care for elderly and dependent disabled or vulnerable people. It is also allowed to leave this health section to travel to financial institutions, attend urgent citations in judicial bodies, renew official permits, appear for official examinations that cannot be postponed or argue reasons of greater cause, as well as a situation of need.

Regarding places of worship, the capacity may not exceed one third. In the wakes, a maximum of 15 people may be in outdoor spaces and 10 people in the case of being closed places. In these areas, the capacity and hours of activity are maintained as in the rest of the region: hotel industry closes at 00 hours and the prohibition of people from meeting in the public and private areas from midnight to six in the morning. One of the most controversial measures is the temporary suspension of the activity of the playgrounds for public use.

Throughout the Community of Madrid, by virtue of Royal Decree 926/2020, of October 25, State of Alarm, and Decree 29/2020, of October 26, of the Community of Madrid, the limitation of movement between 00:00 and 06:00, except for justified cause, and the closure of all hospitality activities in the same time slot. Also, social or family gatherings are limited to six people in any time slot, except cohabitants.