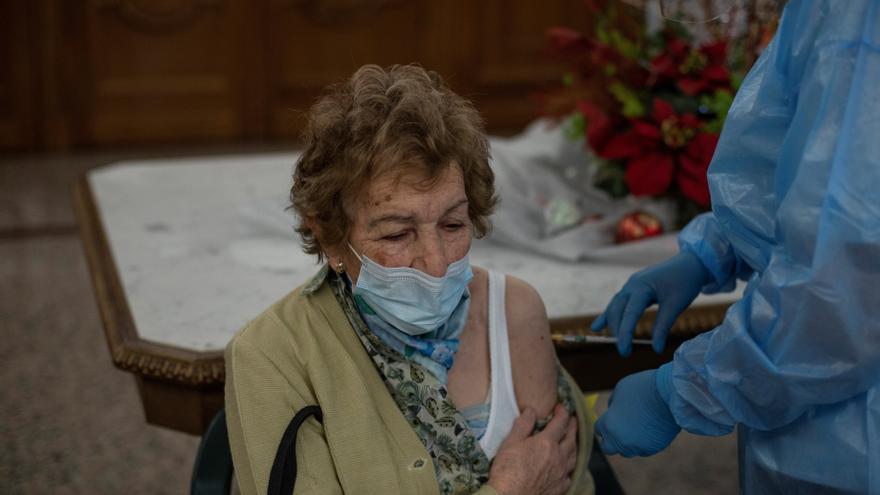 The autonomous communities have already administered 207,323 vaccines, which represents 27.9% of the total received since the campaign began on December 27, which has started slowly. Since Monday, the date of the last report, 67,984 doses of Pfizer / BioNTech have been placed, the only one that Spain is receiving at the moment. Asturias continues to lead, with 60.7% of the vaccines administered, while Madrid, which from the beginning is one of those with the slowest rate of vaccination, has, according to the latest Health data, become the last place, with 11.5%.

These almost 70,000 doses have been administered in 48 hours, counting on the Three Kings Day holiday, the date on which some communities stopped vaccination. In fact, both the Balearic Islands and Extremadura and the autonomous cities of Ceuta and Melilla gave their last vaccination on the 5th, that is, they did not vaccinate yesterday, but they have not done it today either. The rest of the territories report this Thursday as the date of their last administration.

Together with Madrid, which has granted a contract for 130,000 euros a month to the Red Cross In order to provide a support service for this task, Cantabria, which has only put 13.2% of those received, is at the bottom, La Rioja (14.5%) and Extremadura (15.2%). For its part, the Valencian Community stands at 19.1%. To make the calculations, Health takes into account the two remittances received so far, each of just over 350,000 vials.

After Asturias, those that have vaccinated at the highest speed are Galicia, which has already made 54% of those available today, and Castilla y León (43%). The rest move between 20 and 40%: Catalonia has put two out of ten, while Navarra has injected one out of four. Murcia 28.4% and Andalusia 38.4%.

How much has each community vaccinated to date?

In total, 743,925 doses have been sent to the regional health authorities. Deliveries are made weekly, in principle every Monday, to communities, which expect to receive 4.5 million from Pfizer in 12 weeks. With them, the first phase of the strategy will almost be covered, with which users and nursing home workers, first-line health personnel and large dependents will be immunized. Supplies will expand as others become available. This same Thursday, the Minister of Health, Salvador Illa, reported that after the approval of the European Medicines Agency to the American of Moderna, Spain will have some 600,000 vaccines over the next six weeks.

The start of vaccination, in the middle of the Christmas holidays, has been slower than expected, and, above all, very uneven between territories, which has unleashed criticism from professionals, who lament the lack of planning and resources in some communities. Entities such as the Association of Physicians and Higher Graduates of Madrid and the Association of Nursing and Vaccines what they are demanding are incentives so that toilets can work on weekends And don’t be, as up to now, wasted days, and above all more organization. For her part, Illa trusts that the process will pick up “rhythm” and believes that what she has called “cruising speed” in vaccination will soon be achieved.