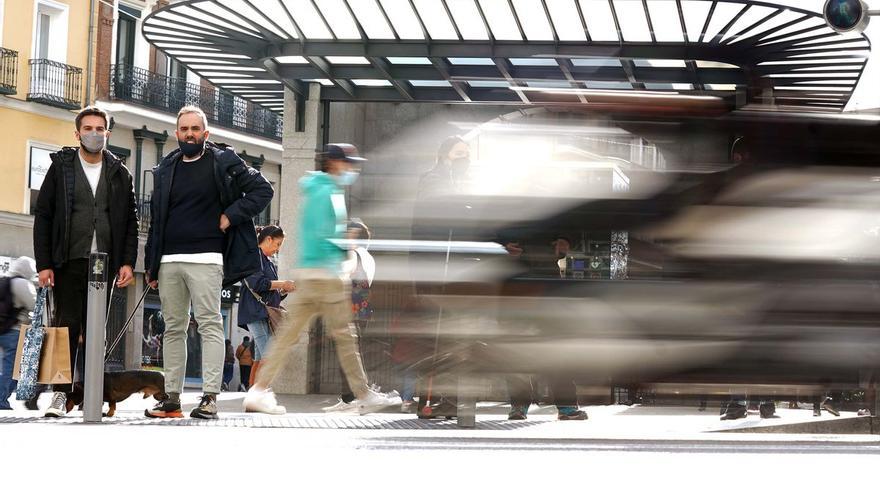 Nicolás Peñalver and Zamora, Count of Peñalver, Marquis of Arcos and Mayor of Madrid In three different terms, he wanted to make things clear from the first moment. In 1908, when the cars were beginning to really feel in the capital, approved a municipal side that foreshadowed all that was to come. "The neighborhood - indicated the text, referring to pedestrians- has no right to dispute the vehicles possession and enjoyment from the center of the streets and squares ".

More than a century later, despite few initiatives (the burying of the M-30 that gave rise to Madrid Río; the approval of Central Madrid, now partly decaffeinated, or the creation of Bicimad, the municipal electric bicycle service, which goes through low hours due to its terrible service), the panorama it has hardly changed. The car goes first, then the motorcycle and then, if anything, the pedestrian and the bicycle. From the hand of a PP which has ruled the city for 27 of the last 31 years and the community for almost three decades without interruption, the “neighborhood” continues to have no rights to vehicles.

While other cities passionately discuss the mobility model, in Madrid the debate is almost non-existent. And when it is given, the winning option is usually the most reluctant to broaden the pedestrian's horizon. A couple and a half years ago, for example, during the campaign for the penultimate elections the community, they asked the current president, Isabel Diaz Ayuso, then candidate, by the usual traffic jams at dawn in the city. "They're a hallmark from Madrid ”, Ayuso answered, because they make people of Madrid see that their city is“ special ”.

“It is unfortunate that the car is still being talked about from an identity point of view. Here is still everything to do. It is necessary to give back to the people who walk the leadership in the use of the street. The foundation of life in common is the meeting of people in the streets, and this occurs on foot. The conditions for walking have to be safe, walking has to be comfortable and attractive ”, argues a spokesperson for the A Pie association, established in 1995 with the“ objective of introducing pedestrians into the agenda of our city ”. The spokesperson asks that his name not appear published, and the first impression, in a place so aggressive for a passerby like this, it is that he fears some kind of retaliation. But not. It is simply the communication policy of your association.

In any case, they continue from A Pie, Madrid, whose urban development has historically been much messier than the one in Barcelona, ​​it is not "attractive" to walk. The distribution of public space is "very uneven in favor of the private vehicle", and the normally narrow sidewalks are "Find themselves in danger", full of obstacles such as “parked motorcycles”, “skates” and “fences that confine the pedestrian”. The situation is "Even worse in the suburbs", because the few transformations in recent times, such as Madrid Río, next to the Manzanares, or the recent reform of the Plaza de España, have almost always been carried out in the center of the capital.

Pedestrians on the Gran Vía in Madrid. David castro

But the political leaders continue to hold tightly to the differential fact in Madrid. Since Ayuso released his surprising statements in favor of the early morning traffic jams, pedestrians they have lost even more ground. Mayor, José Luis Martínez-Almeida, It has not come to overthrow, as promised, Madrid Central, the initiative of its predecessor, Manuela Carmena, to restrict traffic in the central almond of the capital. But yes it has renamed (now called Madrid 360) and, as approved in mid-September, has given the go-ahead to the entry of more cars than before, by allowing vehicles of the 15,000 merchants who work in the area.

We take another step towards sustainable mobility, betting on motorcycles.

➡️ They pollute on average 50% less.
➡️Reduce travel times between 50% and 70%.
➡️ They allow a greater flow of traffic.

Last summer, Almeida was almost as clear as Peñalver had been a century earlier when explaining his model. The mayor posted on his Twitter profile a photo at the controls of a motorcycle. "We give one more step towards sustainable mobility, betting on motorcycles. They pollute on average 50% less. They reduce travel times by between 50% and 70%. They allow a greater flow of traffic, "he wrote. The data come from the motorcycle employer (Anesdor) and are out of date or are directly false, as not distinguish between combustion engine and electric, But the main criticism from the experts was much more general: motorcycles, they claimed, are not "sustainable mobility."

The bikes Yes. But here again, Madrid is different. There is only a kilometer of bike lane per 100 conventional lanes, according to a recent report by the Consumer Organization (OCU). In Barcelona, ​​Bilbao, Seville and Valencia, the proportion is 15. Peñalver would be proud.