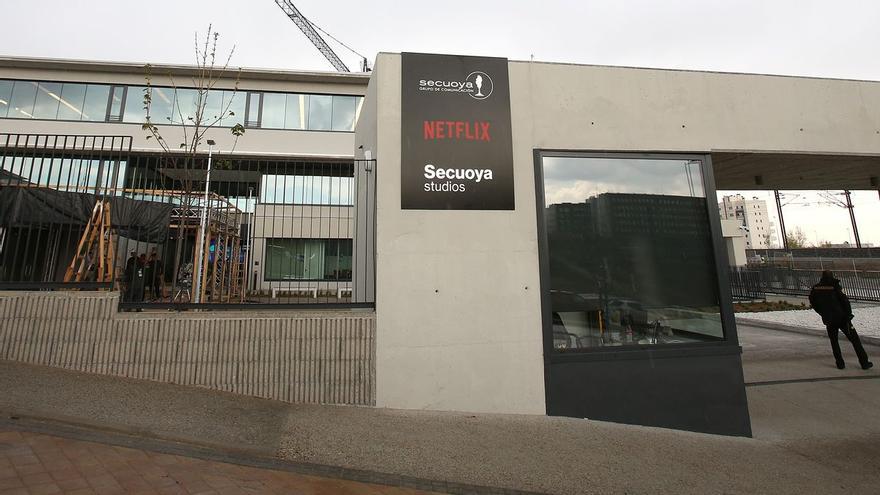 In 2017, after some years of delay, the Ciudad de la Tele project envisioned by Grupo Secuoya in the Madrid city of Tres Cantos began: a audiovisual production center of more than 20,000 square meters that it had to host in a single space all the imaginable processes, from pre-production to distribution. It is there that, two years later, the almighty Netflix would end up opening its first European production center. As this newspaper reported in April 2019, Secuoya reached an agreement with the platform to be a production services partner for the projects carried out on these sets.

“We want to be part of the Spanish creative ecosystem. We are investing in the long term, we are here to stay and actively participate,” he said. Reed hastings (executive director of Netflix) during the presentation of that European ‘hub’. It was not a humanitarian aid: at that time ‘The Money Heist‘ and ‘Elite‘ they were phenomena around the world; here there was talent to take advantage of. Soon film hits like ‘The hole’ (the most checked ‘international’ film of 2020 on the platform: 56 million views in its first four weeks), ‘Below zero’ (more than 46 million in the same term) and ‘The practitioner’ (which made it into the Top 10 of seventy countries).

The truth is that the company has fulfilled its promise to create jobs. In Spain, its film production It started shyly in 2016 with the movie ‘7 años’ and the series ‘Las chicas del cable’. But they already carry more than fifty titles between series, fiction films and documentaries. Some of them, shot in that TV City now better known as Madrid Content City: this is the case of ‘La casa de papel’ or ‘Criminal: Spain’. Right now the long-awaited action series ‘The longest night’, formerly known as ‘Baruca’, is filming there.

As recently announced, the Netflix house will jump from the five to the ten sets and will incorporate a filming laboratory or cutting-edge rooms of an intimate generation. The conclusion of this expansion is expected in 2022, the year in which the streamer will break its own records in terms of premieres of its own local production.

Capital of cinema and series

Just to amortize works and agreements, it is easy to imagine that a good part of that future production will take place (from beginning to end) in Tres Cantos. But not only Netflix creates fictions in Madrid. If we review the filming activity of 2020, important series appear for RTVE (‘Ana Tramel. The game’, ‘HIT’), Atresmedia (‘Veneno’), Movistar + (‘La Fortuna’) or HBO (‘Por H o ​​por B ‘). And when we look back on 2021, that list will be broader. During the first six months of 2021, 22 films and 46 series were shot, only in Madrid capital, a figure higher than those of the same period in 2019, when the record was broken with 35 films and 66 series, according to data from the City from Madrid Film Office. Not to mention the growing market for audio series: ‘Vis a vis’, for example, had a successful aural extension produced by Globomedia at Blueberry Studios in Madrid.

During her visit to the expansive Netflix hub this past October, the Minister of Culture, Tourism and Sports, Marta Rivera de la Cruz, highlighted that the Community of Madrid is the region of Spain that hosts the highest number of audiovisual shootings: 35% of all films and 71% of series. Even when filming in Barcelona, ​​one would say that we are in Madrid: in the stimulating ‘El inocente’ you could not hear a word of Catalan spoken or at the back of a bar.

Although its Madrid production center points to the future nucleus, Netflix reminds us that between 2018 and 2021 “more than half of the productions shot in Spain (53%) included locations other than Madrid”.

Its apparent first Spanish film premiere for 2022, ‘The wasteland’, seen at the last Sitges festival, has the brand of the Catalan production company Rodar y Rodar and was filmed in Teruel. In Barcelona, ​​with a Barcelona production company (GLT Estudio), it was filmed ‘Through my window’. And the grounds of the old Mercedes-Benz host the filming of the Barcelona spin-off of ‘Blindly’ led by the Pastor brothers.

On the series side, two of its most anticipated state titles also have locations outside of Madrid: ‘Fair’, produced by Filmax, was shot between Andalusia and Barcelona, ​​while ‘Soul‘, a creation by Sergio G. Sánchez, was shot almost entirely in the Principality of Asturias