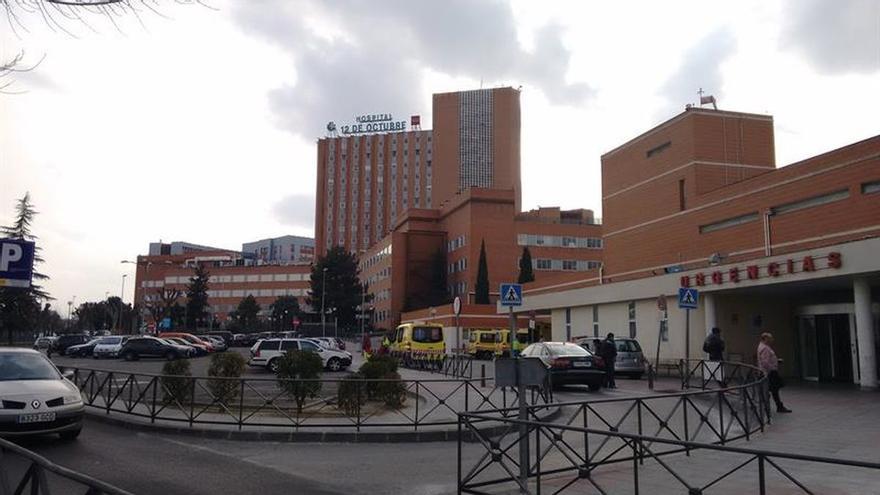 At the end of the summer, the Community of Madrid has once again placed itself in the focus of the COVID-19 pandemic in Spain, where it was already in spring. The current incidence in Madrid is 479.44 cases diagnosed per 100,000 inhabitants in the last 14 days, while the Spanish average –which, due to its population size, the capital rises a lot– is 212.41, less than half. By municipalities, 15 of the 30 with the highest incidence in the country are from Madrid. There have been 31,947 confirmed in the last two weeks in the region. The circumstances are very different: now there is much more capacity to detect asymptomatic and mild patients, so that patients who do not suffer complications represent a much larger part of the total diagnosed.

But there is a rising percentage of those 100,000 who are more or less serious patients, and it is seen that the occupancy rate of hospital beds is currently 15% in Madrid, while the national average is 6%. Just ten days ago, on August 20, the rate in Madrid was 9.5%. It has climbed almost 6 points, although this Tuesday there was a slight drop of one point, it has fallen from 16%.

This is how the healthcare capacity has changed in each community

Comparison of percentage of occupied beds by patients with COVID-19 in the hospitals of each community. Data from August 20 and from September 1st

According to the latest report from the Ministry with data from regional governments, there are 2,029 people hospitalized for COVID-19 in the Community of Madrid, which is almost a third of the 6,957 in Spain. In the last 24 hours, 247 were admitted and 250 were discharged; Monday at 221 and 99 were discharged. On Monday, the director of the Center for the Coordination of Health Alerts and Emergencies (CCAES) reported some of these data – also that around 40%, 63 of 159, of the deaths of the last week they have occurred in Madrid – and he was accused for it by the president of the Community, Isabel Díaz Ayuso, of “cruelty” towards her territory. A few weeks ago, Aragón was the region that had the most hospitalization and the one that from Health repeated that they were most concerned, along with Catalonia. Now the rate in Aragon is at 14%, with a decreasing trend, but, with an index still much higher than the average, it is still worrying.

Health began giving daily data about hospital occupation very recently, just ten days. Simón has recognized that the 5-6% in which the national average moves is an “important figure” for a single pathology, but in turn “has nothing to do” with what was experienced in March and April . According to the CCAES documents, the maximum number of beds that became occupied by COVID-19 was reached between March 29 and April 5, almost 50,000 –7 times the current almost 7,000–. They were around 55% of the total of available sanitary places. From the ICU, around the same time, 5,500 had COVID patients. The CCAES provides national data, not by communities, but it is with that reference that they work. “That allowed us to know our capacity to react”, said the technician

Yes, Simon recognized that it was more worrying to see how the trend was going “in crescendo“, as in Madrid. Nor did he deny that in some” specific “hospitals there are beginning to be problems: on October 12, the Gregorio Marañón and Móstoles hospitals, some of the largest in the region, already started in mid-August. to delay operations to relieve attention.

There is no “assumable” percentage

There is no specific threshold from which the percentage of occupied beds becomes unaffordable, it depends on many circumstances and on the ability to react. “There is no specific percentage from which hospital occupancy due to COVID or a specific pathology is not acceptable. But what is not acceptable is that the level of income prevents the usual tasks in a hospital from being carried out”, responds Ildefonso Hernández, spokesperson for the Spanish Society of Public Health and Health Administration (SESPAS). In other words, “as soon as usual activities have to be suspended or delayed there is a problem. Activities that we are also still recovering, there are delays in waiting lists dragged from spring.”

Daniel López Acuña, former director of Health Action in Crisis Situations at the WHO and professor at the Andalusian School of Public Health, points out the same: “There is no specific threshold, but what we have to understand is that while they continue to multiply infections, we will see an increase, not staggered, but drastic, in the need for hospitalization. At this rate, in weeks we could be at 30%. And in addition to being a growing problem, it is a problem that the beds that are being occupied by patients COVID cannot be occupied by other patients. Operations and all kinds of interventions are postponed. Regular care is stopped, waiting lists are lengthened and we return to the dynamics of between March and May that generated the excess of deaths of Mortality from the MoMo, which also reflected many non-COVID but related deaths. We must tackle first due to the health opportunity cost “.

The collapse in Primary Care ends up having an impact

There is an added problem in this second wave that is more difficult to measure than hospital occupation but directly related: the saturation of Primary Care. There is no such clear nor accessible indicator as how many beds are available and how many are not. Professionals from Madrid health centers They have been denouncing for weeks that they cannot cope and that new contracts are needed, many serving more than 60 patients a day. Appointments are running late and there is a cap of thousands of PCR due to lack of materialss. “More and more people say ‘that way I can’t take more than a few weeks’ and one comes to work thinking ‘let’s see how many I have today’, knowing that it will beat the record of the previous day,” sums up a doctor who works in an outpatient clinic in the capital .

Pedro Gullón, physician at the Spanish Epidemiology Society (SEE) and co-author of the book Epidemiocracy, acknowledges: “we were a bit wrong with the March and April narrative that the acute moment of hospitalizations is the only thing that marks the saturation of the system. But with the change in the way of presenting the data, it is now in Primary Care and You have to pay attention to it, because one level also has repercussions on the other: an unattended pathology, for example, decompensated diabetes, ends up arriving days later at the hospital “, because the patient ends up going to the emergency room. It is also the case that if there are no coronavirus diagnoses, the transmissions in the environment get out of control. Ildefonso Hernández adds: “If the primary school overflows, in two weeks the hospitals will overflow. Neither can the tracking be done well, nor can other problems be addressed. We said it during the de-escalation: if we want health to work, it has to do it like a precision watch. If one part doesn’t work, after a while nothing works. ”

Daniel López Acuña thinks that it is not too late if one acts with determination, neither in the Community of Madrid nor anywhere else. In his opinion, there should be a “crash plan” that includes contingency plans in hospitals, but also reinforcement of primary care consultations, and more drastic prevention measures: perimeter confinements and screening in ‘hot areas’ that help “do not spread the fire”. Then comes the second part: facilitate isolation, because in southern districts of Madrid it is very difficult to keep quarantines due to poor housing conditions and the lack of teleworking. “The approach cannot be ‘I’m going to buy respirators, expand ICUs and build field hospitals.’ It has to be to anticipate transmission and interrupt the chains of contagion so that hospitals do not overflow. This is what the authorities of the Community of Madrid “, ditch the ex-director of the WHO.