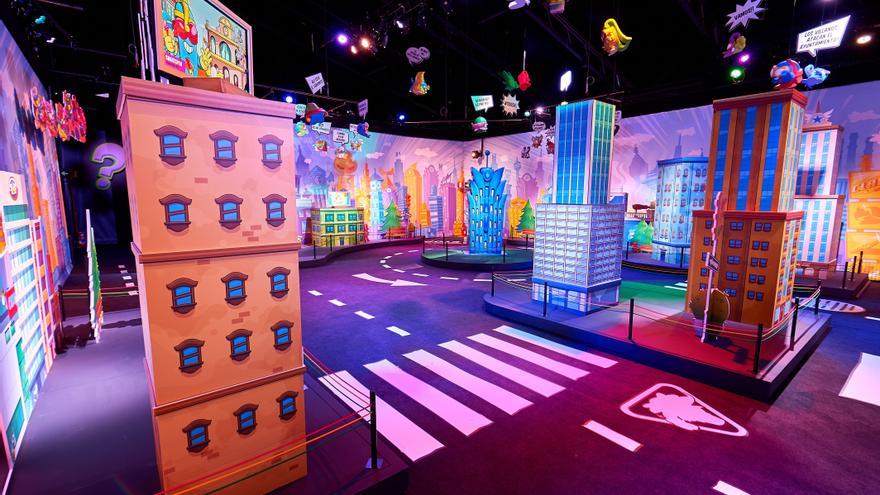 Madrid, Mar 19 (EFE) .- Superthings -before called superzings- are small rubber dolls in the shape of humanized everyday objects that have become the Spanish toy with the greatest international success. From this Friday they star in their first exhibition in Madrid.

In a space of more than a thousand square meters at the IFEMA Madrid Fair, scenes have been recreated in Kaboon City such as the great battle between heroes and villains; Enigma’s lair and laboratory or the Clank Corporation, all with the presence of rare, super rare and ultra rare characters, and with a sample of the complete collection of superthings.

The design of the exhibition is marked by security against the covid pandemic, Juanan Moral, managing partner of Sold Out, dedicated to the production, promotion and organization of events such as the performances in Spain of Le Cirque du Soleil, the FIB or the exhibitions of Bansky (currently at the Círculo de Bellas Artes), David Bowie is, Harry Potter or Tutankhamun.

Together with Bravo! ShowMakers are now the organizers of this exhibition, of which more than 15,000 tickets have already been sold in advance and which could end up visiting other European countries.

In addition, in the coming months it is planned to add more interactive spaces, situations and games – Moral affirms – as the health situation allows.

At the moment, the entrance takes place in groups of twenty-five people and there are only eighty distributed among the seven rooms arranged with scenes, music and narrative of the superthings that begins with a trip to Kaboon City.

Characters in the shape of broccoli, coffee maker or excavator, among many others, that are familiar to children (mainly between 4 and 9 years old) who since their launch in 2018 by the Catalan company of collectible toys Magic Box Int have converted these dolls and their accessories in a phenomenon.

Thus, so far 150 million units have been sold worldwide, almost a third in Spain, followed by the United Kingdom (where it is the most purchased collectible), Poland and Germany.

This year they have begun their expansion to Mexico and the United States.

Its name change (from the initial superzings to superthings or super things) is given precisely to further favor its entry into other countries.