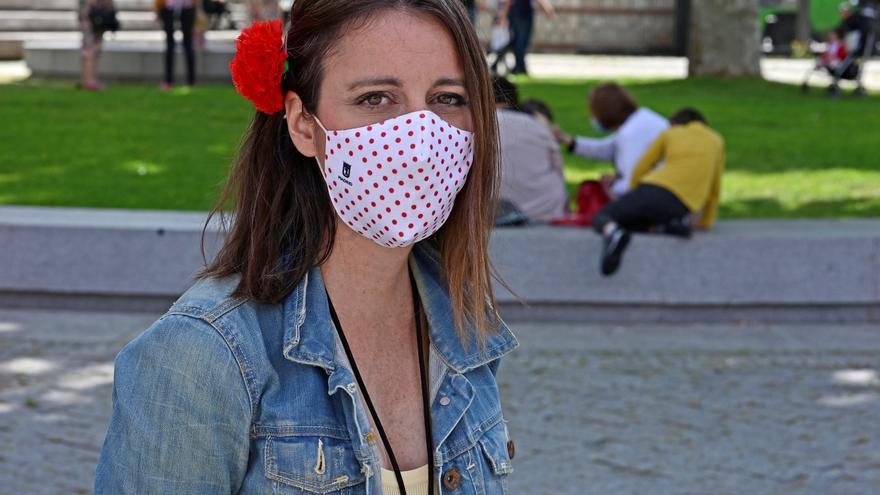 Madrid, May 16 (EFE) .- The Madrid City Council has highlighted this Sunday that yesterday’s celebration of its patronal feast of San Isidro was “exemplary”, with hardly any notable incidents and far from the images of massive crowds and bottles which occurred last weekend when the state of alarm waned.

The delegate of Culture, Tourism and Sports, Andrea Levy, has indicated to the media that the security forces, equipped with a reinforcement of more than 2,000 agents of the Municipal Police and National Police throughout the weekend, “have worked with total normality “, and that” prudence “and” responsibility “have prevailed.

“I think we can feel very proud of how Madrid and the people of Madrid are being very responsible,” said Levy, in whose opinion “the images of irresponsible people that came together last week to make completely illegal and irresponsible celebrations are a thing of the past. “.

And he stressed that “this San Isidro has been the best example that the people of Madrid know how to comply with the distance and with the anticovid security measures, but we also know how to enjoy our parties.”

Last weekend, only since the state of alarm waned at midnight on Saturday, the Madrid Municipal Police imposed 650 penalties for alcohol consumption on public roads and more than 350 for not wearing a mask.

Municipal sources influence that, although tomorrow the balance of the entire weekend will be made, it can be said that Saturday’s day was “very quiet.”

Levy has contrasted the situation in Madrid with that of Barcelona, ​​where last night, he regretted, there was “a completely illegal macro-bottle” attended by some 9,000 people.

Now the City Council is already thinking “of a San Isidro that recovers the prairie” and can be celebrated “throughout the city.”

Regarding the cultural programming of the festivities, with more than twenty concerts between Friday and Sunday spread over three stages, Levy pointed out that some 7,000 people have attended the shows, most of them sold out, and thanked both the work of artists and technicians and the responsibility of the spectators.

“This San Isidro has placed Madrid as an example of responsibility, of coexistence between culture and leisure and even the precaution and protection of anticovid measures,” the delegate concluded.