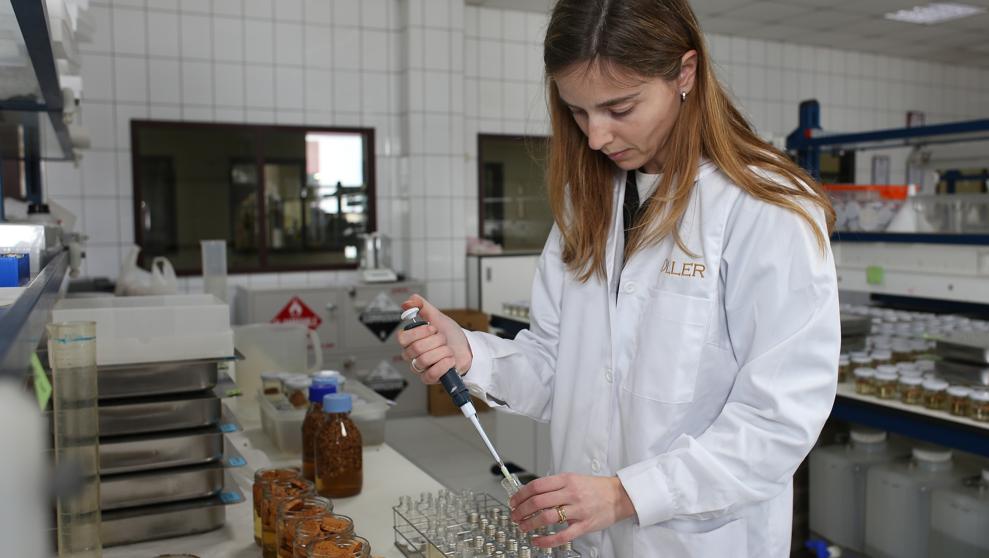 The Spanish labor market has three poles of job creation: Catalunya, Madrid Y Andalusia, but present different patterns. According to a recent report by Eurofound, which analyzes changes in occupation in Europe By territories between 2002 and 2017, the three autonomous communities concentrate more than half of the final balance between the employment created and destroyed during the last fifteen years. However, with very similar levels of increase in jobs, the state capital stands out for having mostly won occupations with higher salaries (about 300,000), almost doubling the records of Catalonia (almost 150,000 jobs in the third quarter worse paid).

At the same time, the Catalan labor market arrives in 2017 with an increase in low-wage jobs higher than in Madrid. The table is completed with a small growth in Catalonia between intermediate salary jobs, compared to a substantial drop (above 100,000 jobs) in the case of Madrid.

Likewise, the report highlights that in Andalusia the vast majority of the net advance of jobs throughout the period analyzed is recorded in the lowest paid jobs.

"Large cities, such as Madrid and Barcelona, ​​concentrate the main economic activity of the high productivity services sector, which in turn require low productivity services, such as care," he explains. Oscar Molina, Professor of Sociology of the Autonomous University of Barcelona. This expert in the labor market and industrial relations warns that this polarization of the type of jobs generated reflects “an increase in inequality in the more urbanized areas” and points to the “unequal impact between regions of the economic crisis and the wage devaluation that it entailed”.

For its part, Raymond Torres, director of conjuncture of Funcas, highlights the increase in polarization due to the progressive retreat of intermediate positions, "a phenomenon that is already observed in countries with advanced economies."

The tripartite agency of the EU has analyzed the evolution of employment in 130 regions of nine of the largest community countries (together with Spain, Belgium, Czechia, France, Germany, Italy, Poland, Sweden Y United Kingdom). In total, they concentrate almost four out of every five workers in the European Union. In this report they have sought to measure the level of attraction of capitals and, in general of urban areas, towards employers and workers, as well as the evolution of employment, depending on the weight acquired by positions with better or worse remuneration. In its conclusions by countries, the Eurofound study indicates that Madrid is the only community in Spain where in recent years the employment structure has improved compared to the community average. Thus, it is the exception while the rest of the communities have “more low-wage jobs than the average of the nine member states analyzed and, to a lesser extent, fewer jobs with high pay (implicitly also more medium-paid jobs)”. In any case, it also indicates a certain advance for the northern regions as Basque Country, Navarre, The Rioja Y Galicia, where the highest paid jobs gain weight.


As with the rest of the EU regions, autonomies in Spain have enormous heterogeneity. If the outsourcing of the economy is taken into account, Madrid stands out – together with Canary Islands Y Balearics-, with 86.2% of employment concentrated in the services sector in 2017 (11 points more than fifteen years before). And the industry goes from 14.4% to 8.6% in the period studied. Meanwhile, in Catalonia, services account for 73.3% (58.8% in 2002) and the industrial sector has lost almost ten points and remains at 18.3%. Obviously, the authors of the Eurofound report remember that the employment structure is reflected in the composition of the remuneration and the required qualification.

The Madrid's community It also stands out in the percentage of highly qualified white collar occupations, where it exceeds 48%. They are followed at some distance Euskadi (36.6%), Catalunya (34.7%), Cantabria (34.5%) and Navarra (34.1%).

One in three workers in Spain – specifically, 36.3% – has a job below their qualification, while another 12% occupies a position that requires more training. This is reflected by an analysis of the employers of temporary work companies Employment, which also emphasizes that in the case of women, overqualification is higher: it affects 41% of women workers. The report on the mismatch between the training of the employed and the position they hold also highlights that in the communities where in the last five years they have excelled proportionally by the generation of employmentCanary Islands, Murcia, Valencian Community) the overqualification rate has increased to a greater extent. "This contributes to the idea that the bulk of the employment created is mainly overqualified," they point out.

In addition, they detect that in the northern territories, the proportion of workers with training above what is required in their workplace in higher than in the south. From Asempleo, they link it to the escape of skilled workers to territories with a more advanced productive fabric.