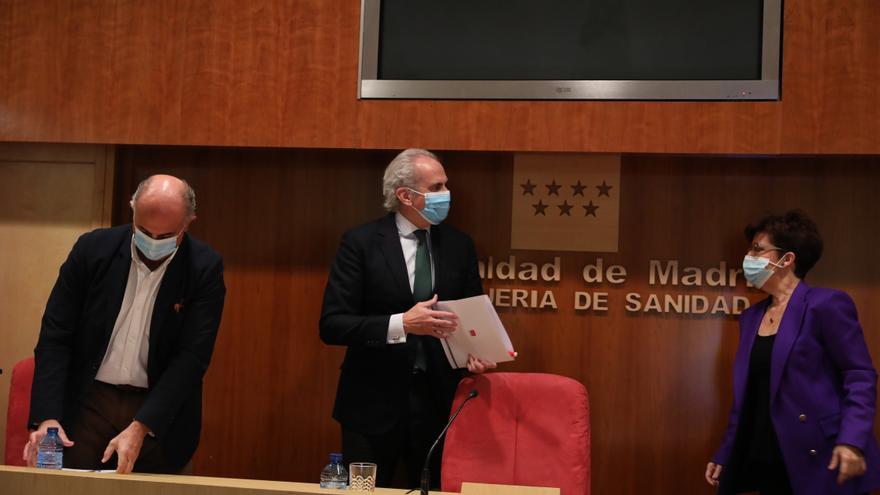 The Community of Madrid has decided to maintain restrictions in the six basic health areas basic health areas that already had limited mobility and has expanded them to another four new areas as of Monday that are already in a cumulative incidence of more than 400 cases per 100,000 inhabitants at 14 days.

In the ten sanitary areas with restrictions as of Monday, it is only possible to enter and exit for justified reasons, and citizens can move on public roads within the perimeters of the affected area. For December 24, 25 and 31 and January 1 and 6, there will be no restriction on entry and exit mobility in these areas.

The capacity in places of worship is set at a maximum of one third. During the wakes, a maximum of 15 people may congregate in open-air spaces and ten in the case of closed spaces. The capacity and hours of activity are maintained as in the rest of the region, as a general rule at 50%.

The Community of Madrid has registered in the last week a cumulative incidence in fourteen days of 333 cases per 100,000 inhabitants. "At this moment we are in the plateau phase. The accumulated incidence is 333 cases, when the maximum peak reached in the second wave (between September 14 and 20) was 813", has defended the Minister of Health, Enrique Ruiz-Escudero at the press conference.

The number of admitted is 1,729, of which 1,433 are in the ward and 296 in the ICU. In this parameter, the decrease is 58.7% compared to the maximum peak in September of the second wave. "I would not speak so much about the third wave, but rather that the cases continue with a slight increase. We are above all in a phase of stability," Escudero assured.

The data for the last week show an increase to 10,972 cases of contagion, when the previous week they were 8,338. However, as pointed out by the Minister of Health, that figure of almost 11,000 cases is 62.7% lower than that registered at the maximum peak of the second wave.