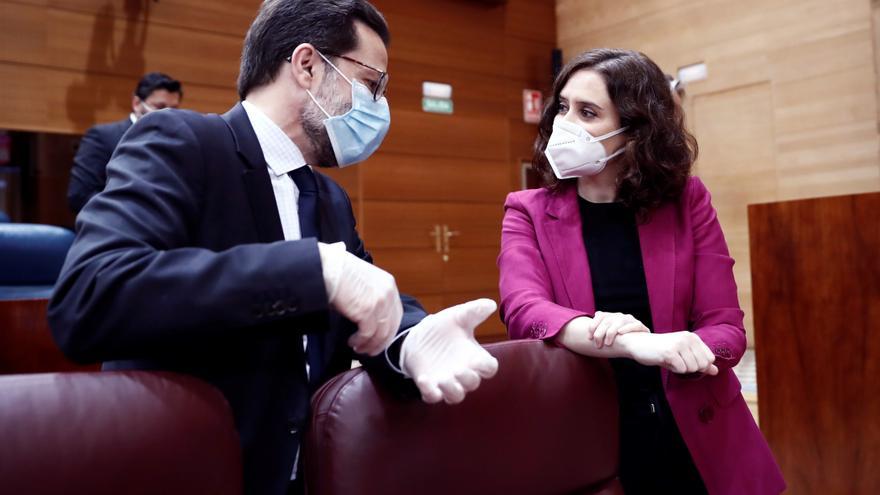 The loss of public income estimated by the Government of the Community of Madrid as a result of the economic hit generated by the coronavirus crisis is equivalent to 90% of what the regional Administration does not collect for the Wealth Tax, which the region has a 100 discount %.

The 2018 Wealth Tax Filers Statistics recently published by the Tax Agency reflects that the Community of Madrid’s bonus for this tax amounted to 905.3 million euros that year, the last available one.

That figure, the second highest in the historical series, is not far from the latest forecast for loss of revenue for this year that the Madrid government itself has released.

Last July, before the outbreaks of coronavirus this summer, the Minister of Finance and Public Function of the Community of Madrid, Javier Fernández-Lasquetty, amounted to 1,000 million the fall in income that the region’s public coffers will suffer this year as a result of the pandemic.

That estimate, according to sources from that department, “is maintained”, although everything indicates that it is going to fall short, since it only took into account the collapse in collection that had been registered in the region until May 30. The latest indicators suggest that the outbreaks of the virus (which are having a special impact in Madrid) and the collapse of tourism have cut short the rapid recovery of economic activity that had been observed in Spain since the start of the de-escalation.

Just a few days after Lasquetty’s forecast was made public, AIReF already warned of the “increased risk of financial sustainability” in Madrid as of 2021 due to the COVID-19 crisis, as a consequence of the “abrupt fall “in economic growth, the collapse of income from state transfers and the” expected “increase in health spending.

The abolition of the Property Tax in Madrid was announced by Esperanza Aguirre in 2008, although the Government of José Luis Rodríguez Zapatero also eliminated this tax at the state level that same year. The previous socialist government was forced to recover it in 2011, during the previous crisis, but Madrid maintained the 100% exemption. The amount that the region has stopped charging to taxpayers who declare the most assets now amounts to 5,921 million in the period 2011-2018, at an average rate of about 740 million per year.

In 2018, the Community of Madrid bonus benefited a total of 17,291 taxpayers with more than two million euros of assets, 2.5% more than a year earlier. On a national scale, the result of the declaration of the rest of the Autonomous Communities represented a collection of 1,123 million, corresponding to 177,931 filers with a resulting quota that is not zero. The data confirms that a good part of the national wealth is concentrated in Madrid, although it is a destination with zero taxation of this tax, whose performance the State has ceded to the autonomous communities.

The richest in Spain and the only one that rewards 100% Heritage rules out flat to recover it because it ensures that it stimulates the collection of other taxes, such as personal income tax, by attracting large fortunes from other territories. It should be remembered that Madrid came to be entrusted at the beginning of the pandemic to private donations to face the coronavirus, just a few months after the regional president, Isabel Díaz Ayuso, announced at her inauguration “the biggest tax cut in history“, which he could not carry out because he has not been able to carry out budgets.

Taking into account that in the next two or three years the ability to act on income taxation (IRPF or Companies) and consumption will be very limited, in the midst of the collapse of activity, a greater tax on wealth is emerging as one of the alternatives that different governments will have to weigh to face the coronavirus crisis. The last recommendation in this regard was made public last Thursday the Organization for Economic Cooperation and Development (OECD).

“Raising taxes on labor or consumption, as was done after the 2008 global crisis, could be politically difficult and, in many cases, undesirable from an equity point of view,” according to the OECD, which believes that for different governments to find “alternative sources of revenue” to deal with this economic emergency, “property taxation and capital gains will have to play an important role, particularly in the context of significant improvements in fiscal transparency. international”.

The Hacienda technician Ricardo Rodríguez highlights “the close relationship that in our autonomous financing model has the collection of ceded state system taxes (Patrimony, Transmissions, Successions) to the maintenance of the powers transferred” to the autonomous communities in two nuclear aspects in this health and economic crisis: health and education.

In 2018, the amount of the Heritage bonus for Madrid taxpayers was 9% lower than the more than 995 million in 2017 (historical maximum), in a year in which, at the state level, the number of super-rich (citizens with assets of more than 30 million) fell for the first time in Spain after having tripled in a decade. In 2018, it stood at 608 (compared to 611 in 2017), as a result of the depreciation of the Stock Market, which led to the combined wealth of those little more than 600 taxpayers to drop by 8%, to 43,497 million.

Only a third of those filers with more than 30 million assets (202 people: none in Madrid) paid this tax, the lowest figure since 2013. They paid on average just over 669,000 euros. In total they disbursed 135 million.

According to the latest data from the AEAT, in 2018 there were a total of 60,744 millionaires in Spain, understood as people who declare that they have a taxable base in wealth tax of more than 1.5 million euros. This represents an increase of 0.67% compared to the 60,337 in the 2017 statistics.

The statistics show that, for the first time, the distribution of the total tax returns is higher in the case of women (50.03%) compared to men (49.97%). However, men accumulate 57% of the declared wealth, compared to 43% of women. The average value of the heritage declared by the male group is 33% higher than that of the women. It amounts to 3,815,122 euros, while that of women stood at 2,862,902 euros, which means that the gender gap in wealth can be established at 952,220 euros, according to the latest Heritage statistics.