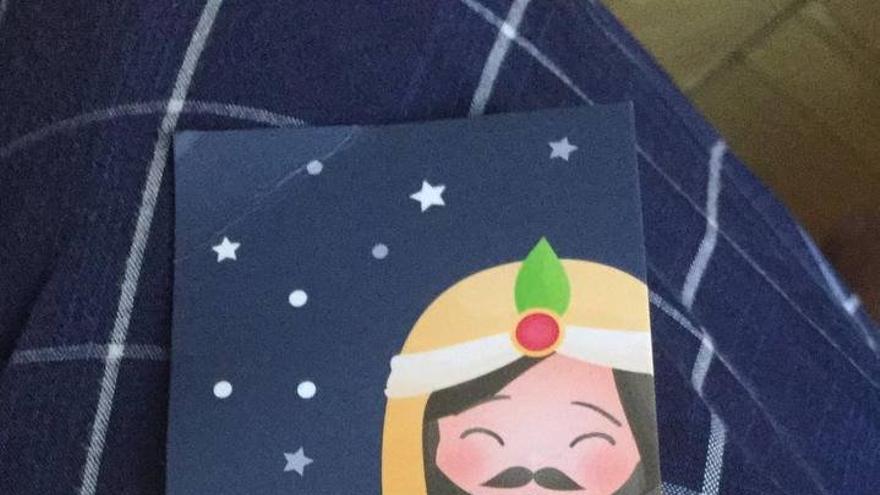 The residents of the Madrid district of Moncloa were surprised this weekend with the Christmas bookmarks distributed by the Madrid City Council to children. On paper, the three wise men with white complexions. Also Baltasar. The mayor of the city, José Luis Martínez-Almeida, attributes the whitening of the third king to an “error”, not of the Consistory but of the company that was hired for the design of the posters and has ordered that this design not follow distributing.

“The tradition is clear in terms of his complexion. Of course it was a mistake on the part of the company that was hired by the Moncloa Board. We have told the company that it has to correct it as soon as possible and that it has to attend to the tradition and the popular imagination that we have regarding the wise men, “declared the councilor this Monday in the wake of the controversy. The mayor has joked about the issue assuring that his favorite wizard king is Baltasar, although his “king is Felipe VI.”

According to the version of the City Council, the District Board only gave authorization to two types of designs, among which this one was not included. In one of the approved ones, Baltasar appears drawn with black skin along with a portal of Bethlehem. “The use of this image was an error of the company,” says a municipal spokeswoman who assures that the Consistory “has given instructions so that only images approved by the Board are distributed.

The illustration published by “error” in the bookmarks can be found on several websites available for download, it is not original, according to Maldita Hemeroteca has published. ANDon the web freepik, a repository of images and vectors to download and make designs, Baltasar is represented as a white man, just like on the Town Hall poster. There is also, according to Maldita, on another website where they sell ornament boxes with illustrations, although here the wizard king is black. The City Council has not clarified which is the creative company hired to make the designs.

More Madrid, the largest group in the City Council, sees in the change of skin color “a deliberate act”. “Of those who like the extreme right,” wrote the spokeswoman for the municipal group, Rita Maestre, on her Twitter account. During the weekend, in the social network accusations of “institutional racism” have been made towards the Town Hall for this reason.