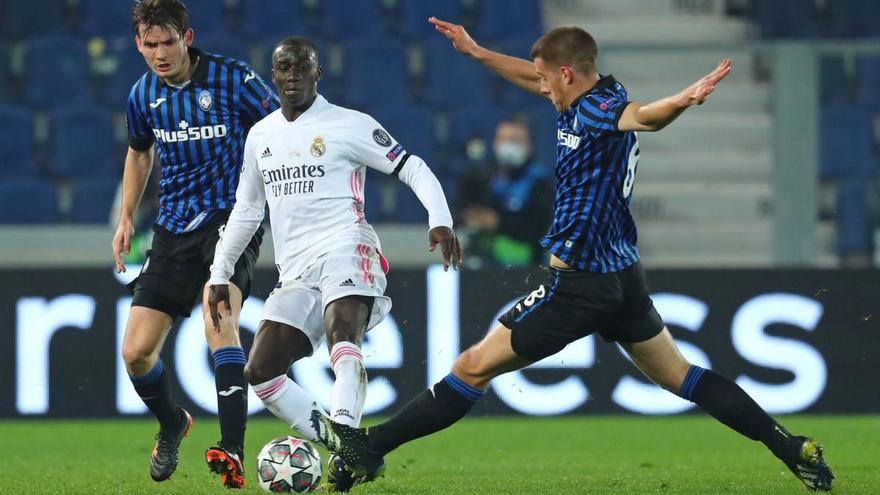 The return three years after Real Madrid to the step that the eight best teams in Europe climb, puts it at stake against an Atalanta characterized by his offensive madness, Zinedine Zidane posing the duel as if the madridista advantage of a bit harvested in Italy did not exist, to return to tread on the ground of quarters.

And once the first objective has been achieved, to overcome the barrier of the round of 16 in which Real Madrid stagnated again for two consecutive seasons, anything can happen with the most successful team in the competition. Some of the thirteen conquests arrived with templates of lower quality than the current one. A team lacking a goal but that has already won the last League from its defensive strength.

Zidane earned in his first stage the qualifier of ‘mister Champions’. The only coach who conquered three consecutive editions of the most prestigious tournament at club level. And even what happened against Manchester City last season, with the elimination marked by the expulsion of Sergio Ramos in the first leg and two blunders by Raphael Varane in the second leg, the French coach had never lost a Champions League tie.

He must recover that security in qualifying rounds against Atalanta, with the notice of what happened at the Santiago Bernabéu two editions ago against him Ajax the last time he faced a round of 16 with an advantage in the first leg. To prevent himself, Zidane does not rule out resorting to defense with three centrals as he tried in the League without success in his last two commitments.

The return of Sergio Ramos allows to build a line that lowers the punch of Atalanta, with Nacho Fernández and Varane as bodyguards, and two complete bands to the physical power of Ferlan Mendy and Lucas Vázquez. Zidane must decide if he bets in this way or goes out to exchange blows with the rival maintaining an offensive trident in which only Karim Benzema secures the goal.

The French coach suffers the condition of three indisputable absences. Dani carvajal absent on the right side due to injury, the Brazilian Casemiro sanctioned leaves the team without its key piece in the balance and Eden Hazard adds another chapter to his long list of injuries. His ownership was not part of the plans, far from a suitable physical tone to be able to get closer to what he was, without rhythm for a duel of such intensity. A muscle problem in the psoas puts him out of action again after reappearing for just fifteen minutes.

The entrance of the Uruguayan Fede Valverde It seems assured in the midfield in a midfield with Toni Kroos and Luka Modric who arrive with rest to have fresh legs. In attack Marco Asensio has options, without minutes against Elche after nine starts, but more the Brazilian Rodrygo after the good level shown. In his favorite competition, a ‘Champions’ in which he has scored five goals in just seven starts and eleven appearances.

Atalanta come to Alfredo Di Stéfano to play, according to his coach Gian Piero Gasperini, the most prestigious game in its history. With a Colombian couple formed by Luis Muriel and Duván Zapata, in great shape and with the conviction of having everything to seal the round pass.

If Real Madrid played on Saturday against Elche, Atalanta anticipated their league commitment to Friday and defeated Spezia 3-1 without disheveled, with a goal from Colombian Luis Muriel and fellow coffee producer Duván Zapata and Slovenian Josip Ilicic who gave a assistance each one, without forcing the rhythms and managing minutes.

The withdrawal due to suspension of Swiss midfielder Remo Freuler, sent off in the first leg, prompted Gasperini to rotate Matteo Pessina in the match against Spezia. It is likely that he will be in charge of accompanying the Dutch Marten De Roon, with the Croatian Mario Pasalic, author of a double in the last match of Serie A, who will act in a three-quarter position.

Argentine defender Cristian Romero will return to the starting eleven, one of the most prominent defenders in Italian football, who will be able to fulfill his dream of playing against his idol Sergio Ramos. Gasperini acknowledged that he already has “more or less” clear the eleven that he will line up at Di Stéfano and he is likely to bet on Ilicic alongside Duván up front, to take advantage of Muriel’s change of pace at the restart.

Despite being clear about the difficulty of their challenge, Atalanta arrives with high spirits and convinced that they can be a friend to the greats of Europe. This year they already won 2-0 at Anfield against Liverpool and 1-0 in Amsterdam against Ajax. Adding Real Madrid to his list would be a historic achievement.