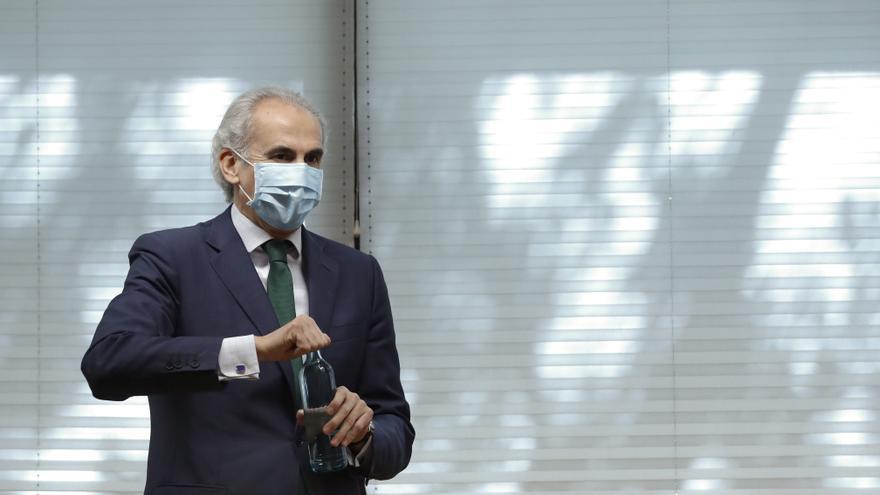 The Government of the Community of Madrid “does not contemplate” the intervention of autonomy by the Executive of Pedro Sánchez. This was defended this Monday by the Minister of Health, Enrique Ruiz Escudero, who has ensured that the criterion of the Ministry of Health that calls for more restrictive measures in the region as a whole cannot be only “epidemiological” but must be taken into account factors such as the “assistance capacity” of Madrid which, for the counselor, still has margin.

“The Community of Madrid is the first concerned with the health of Madrid,” defended Escudero, who has responded to the criticism of Minister Salvador Illa stating that “he has never raised this issue as an ideological battle.” The meeting between the counselor and the Minister of Health, Salvador Illa, “to address the prevention measures implemented against COVID-19 in the Community of Madrid, has therefore concluded, without an agreement between the two parties while the central Executive puts more pressure on Madrid.

The Minister of Health has appeared after 19:00 in La Moncloa, together with the director of the Center for the Coordination of Health Alerts and Emergencies, Fernando Simón, and has again summoned the Community to rectify. “We ask the president of the Community of Madrid to allow herself to be helped and act,” appealing directly to Isabel Díaz Ayuso. “We are already late and we must act with determination (…) If we do not take control we will have to take much tougher measures,” added the minister.

For Escudero there is nothing to rectify and he has defended his position in addition to asking that the criteria of the Ministry to request tougher measures in all those areas with an accumulated incidence of 500 cases per 100,000 inhabitants “be justified.” “In this meeting that we have held, we have transmitted that not only do we have to make an assessment from the epidemiological point of view, if not something that we have been able to verify is the care capacity.

Escudero has assured that there has been no talk of a possible intervention and that the regional government has not been given any kind of deadline in this regard. “We do not contemplate that this situation could occur,” Escudero assured the media to questions about a possible intervention by the central government. As he stated, “Madrid does not have any of the criteria for this intervention”, which, however, “has not been considered at any time”.

“That route of imposition would be very difficult for many Madrilenians to understand,” he added, while expressing that he hopes that the Government “will not even be tempted to think about it.” According to Escudero, it has been agreed “to continue talking and deepening decisions that are technical and based on data that allow making the most accurate decision”