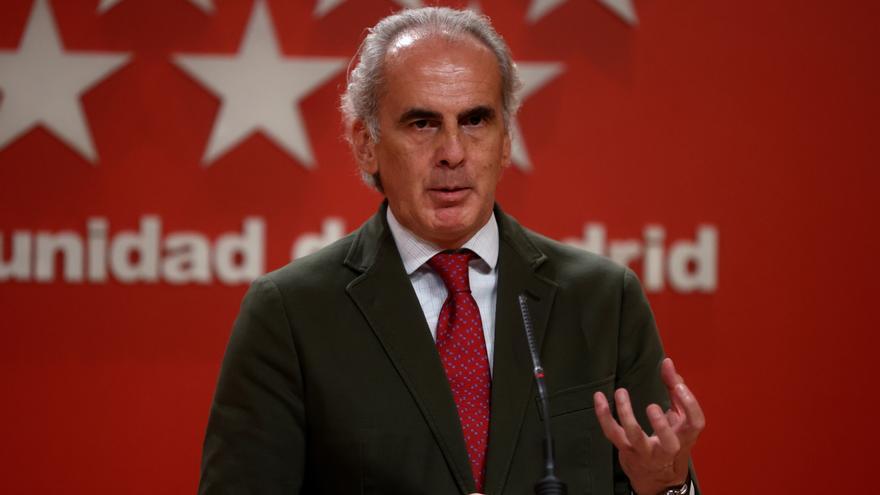 The Community of Madrid has already announced that it will put obstacles in the way of applying the new restrictions demanded by the Ministry of Health for the capital and nine more cities in the region. The Minister of Health, Enrique Ruiz Escudero, assured this Wednesday after the Interterritorial meeting in which the agreement to implement restrictive measures in municipalities of more than 100,000 inhabitants with a high number of cases that “is not legally valid” .

Escudero has defended that the parameters set by Health are not understood because “the situation is beginning to be controlled” in the region and he does not consider the health order legitimate. “If it were published in the BOE, the next steps would be assessed by the Madrid Community Lawyers”, he insisted. For Escudero, the central government is in a hurry “to intervene in Madrid, not to fight the virus,” he said. “Minister Salvador Illa has said that a collegiate decision has been taken, it is false. The minister has already said that the Community of Madrid was satisfied with yesterday’s meeting, it is false,” the counselor began his intervention.

“I want to clarify that it has not been approved by consensus, as indicated in article 14.1 of the Regulations of the Interterritorial Council and therefore, legally it is not valid”, has defended the advisor of the PP, who makes a different interpretation to that of the central government regulation.

The Minister of Health, Salvador Illa, had announced an hour before that his Ministry will soon publish in the Official State Gazette (BOE) the order to make “effective” the mobility restrictions approved by the majority of the Communities in the Council Interterritorial of the National Health System (CISNS), which will force the Autonomous Government of Madrid to apply them and restrict the exits and entrances to the city of Madrid and nine other Madrid municipalities that meet the established criteria.

The last hours have left the vice president of the Community of Madrid, Ignacio Aguado, out of the game. This Tuesday he was the first to congratulate himself on the agreement reached and this Wednesday at noon, at the press conference after the Governing Council, he advocated that the agreement be maintained and moved forward in the Interterritorial Council. Shortly after, the regional government to which he belongs denied him and resigned the agreement, asking for new criteria and for Madrid to be closed by districts.

Three autonomous communities demand that the Government impose a curfew

Married is erased, definitely? from the Columbus photo